Nagorno-Karabakh. And if there were no boundaries? 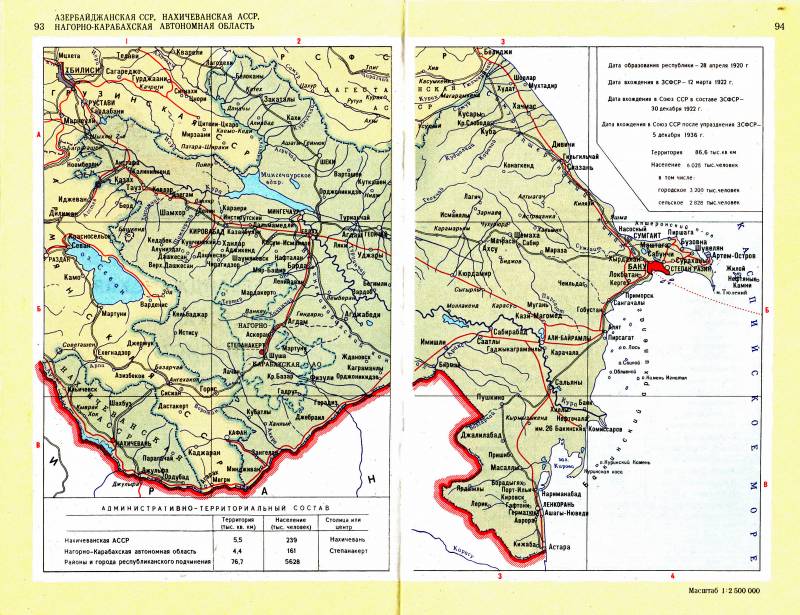 In any case, there will be thousands of dissatisfied people on both sides of the borders, which in other conditions, it might be better to abolish altogether. Even a divorce on a national or religious basis would not help.

Only the presence of a stronger power, as it was in multinational empires, could not completely eliminate, but at least soften the centuries-old contradictions. However, the weakening empires, first the Russian and Ottoman, and then the Soviet state, preferred to act on the principle of "divide and rule."

They, and this, as a rule, tried more to use conflicts of this kind, as in Karabakh, than to liquidate them in the bud. At one time, when the Lenin Museum-Apartment was still in the Kremlin, the author, then a novice reporter, was struck by one of the cards in the meeting room of the Council of People's Commissars.

It was an ethnic map of the Caucasus, of course, from tsarist times. On it, the zones of complete predominance of a particular nationality in a particular area looked like bright spots against the background of an already motley picture. In general, the card looked more like some kind of animal - either a deer, or a leopard. 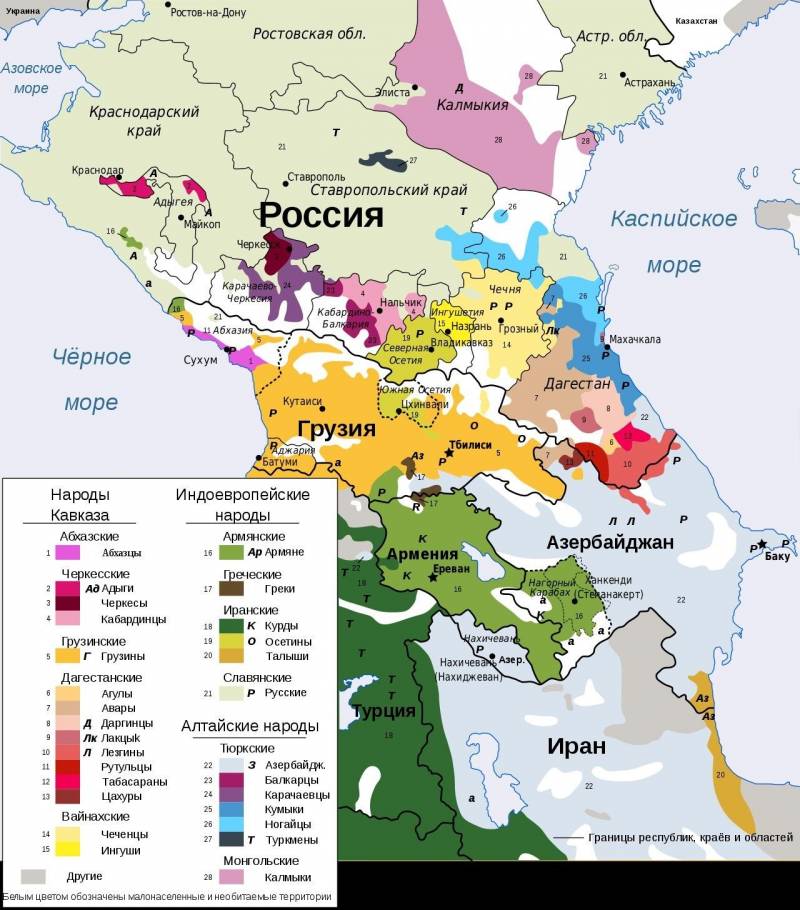 And the author had the idea that the desire to isolate on the territory of national states or not so independent autonomous formations is based simply on animal instincts. With all the notorious right of nations to self-determination from Vladimir Lenin and the idea of ​​nation states from Woodrow Wilson.

The stunning quirkiness of not only inter-republican, but intra-regional national borders is one of the main reasons for interethnic and interstate conflicts of the late XNUMXth and early XNUMXst centuries. All of them really started closer to the death of the Soviet Union.

And no matter what the stubborn members of the Communist Party of the Russian Federation say, it is hardly surprising that the very fact of the permanent growth of most of these conflicts, which continues to this day, only strengthens local nostalgia for the USSR. The most acute, as one might have feared, were the conflicts on the borders of the former republics.

Nagorno-Karabakh was almost the first, and certainly the first, when both sides at first seriously relied on Moscow's immediate help in resolving the old territorial dispute. More precisely, personally Secretary General Gorbachev, who, however, preferred to release everything on the brakes, by and large not deciding anything.

Here everyone is a border guard at heart

This kind of "freezing" worked, as you know, exactly the opposite - like a detonator. Both in Baku and in Yerevan, it seems, then they decided: if Moscow does not want to interfere, we will decide everything ourselves.

Meanwhile, the most dangerous time bomb - the inconceivably complicated borders of the two republics, in both republican capitals they preferred to forget for a while. And all because the most tasty of the disputed pieces of territory - Nagorno-Karabakh - was at stake.

But after all, long before the first war there, within the union autonomous republics and even the national-autonomous regions in the 20s and 50s, ethnic territories were created, which were allocated into enclaves and exclaves of the titular union republics. And this, as you know, was done not only in the Caucasus, but also in other regions.

And if in the North Caucasus, where the priority of a higher state education - the Russian Federation, still remains - this did not help, then what to say about other former republics of the USSR! Transnistria and numerous hot spots in Central Asia, even the seemingly “civilized” Baltic states cannot do without mutual claims, mainly territorial, literally everyone to everyone.

Once upon a time, the “cutting of borders” was supposed to guarantee a certain interethnic proportionality in all potentially disputed territories. They were created with the expectation that the leadership of the USSR would be the sole arbiter in interethnic disputes in any region of a union, autonomous republic or autonomous region.

In theory, this was to strengthen the leading functions of the central Soviet leadership and the Communist Party. But this approach in reality every year more and more actively stimulated territorial and ethnic conflicts. The process gained momentum since 1953 due to a noticeable, even uninitiated weakening of the Soviet management system.

The authorities of the Union republics and national autonomies have invariably sought to abolish in some way all sorts of geographical "exceptions" and "wedging-in" in the territory they governed. The latter, of course, intensified against the background of the notorious "perestroika" - an epilogue to the destruction of the Soviet system of government.

There were more than 60 such enclaves and exclaves in the USSR, including at least 40 in Central Asia. Since 1990-1991. almost all of them became mini-regions of neighboring countries, and this immediately predetermined the inevitability of conflicts at the level of independent states.

Armenia and Azerbaijan have failed to reconcile even though both countries are striving to be present in all integration structures with the participation of Russia (this is very beneficial).

Yours is mine, mine is yours

All the same questions remain among the main causes of the conflict between Armenia and Azerbaijan... However, the case of Nagorno-Karabakh in this series is perhaps the most unique. 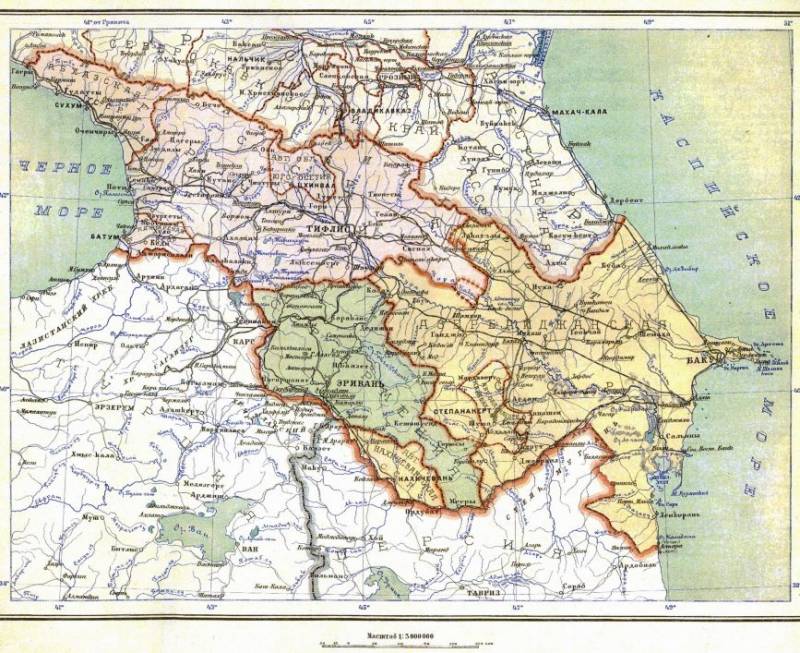 Transcaucasian Socialist Federative Soviet Republic
When the national republics were separated from the ZSFSR, the Nagorno-Karabakh region was enrolled in the Azerbaijan SSR. And this is despite the clear predominance of the Armenian population there. The main factor was the territorial factor: Karabakh was and remains territorially within the Azerbaijani territory.

The Armenian population, the Christians of Karabakh, were promised autonomy, but it turned out to be somewhat strange: with a complete predominance of representatives of the Azerbaijani nationality, respectively, Muslims in the leadership. But who, then, took this into account? Internationalism in action, or simply "endure - fall in love."

At the same time, a couple of decades before the war within the Nagorno-Karabakh autonomy itself, five small, rather miniature, Azerbaijani exclave regions were scrupulously allocated. They, without agreement with Yerevan, which is understandable, but also without the status of at least national districts within the NKAO were consistently transferred under the direct, that is, direct control of Baku.

Some of these territorial entities were as close as possible to the borders between the Armenian and Azerbaijan SSR. I have the feeling that this was done intentionally - for the "promising" provocation of what is happening in Karabakh today.

Not much time has passed since Nagorno-Karabakh, having no chance of a legal transition to Armenia, gained independence. Independence, not recognized by almost anyone. Even Yerevan is limited mainly by streamlined formulas so as not to provoke Baku.

As we can see, it was not possible not to provoke, although military actions for today are at least limited to the disputed, but such attractive territory of Karabakh. However, it is precisely the events of 2020 that show how politically shortsighted the internationalists' games with geography were. 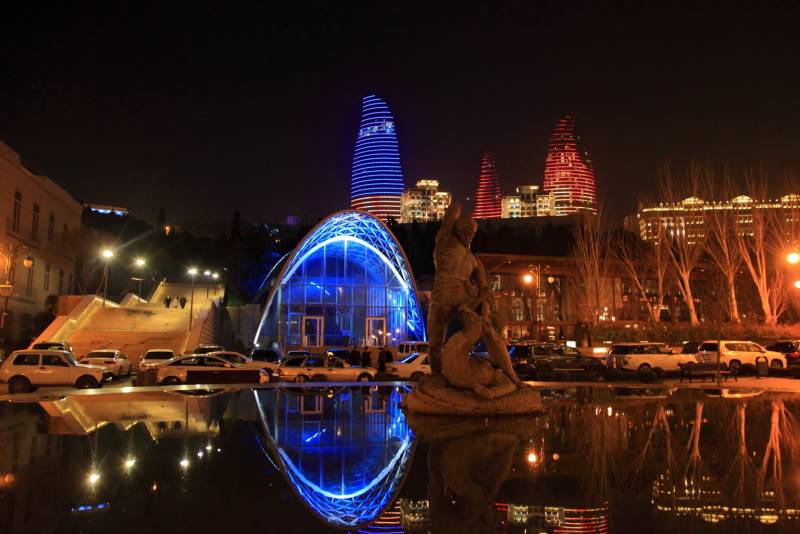 It remains only to remember that all kinds of “exceptions” and “wedging-in” still remain within the internationally recognized borders of Azerbaijan - internal and external. However, already at the very beginning of the conflict in NKAO, these exclave areas, of course, were de facto abolished by Armenian activists and soon de jure by the authorities of the purely Armenian Nagorno-Karabakh Autonomous Republic (the region is clearly shallow for them).

But it must be admitted that the authorities of Azerbaijan contributed to this by abolishing the Karabakh autonomy as such on November 26, 1991. And all this, alas, with well-known grave consequences for the Azerbaijani and Armenian population in that region. But, judging by the position of the authorities of the Nagorno-Karabakh Republic, the problem of these regions does not exist at all.

Yes, and in Baku, they do not remind of those exclaves, insisting on the abolition of only the "self-proclaimed" republic itself. Hence, the Armenian side makes a literally suggestive conclusion that the Azerbaijani authorities, in the event of restoration of Baku's sovereignty in the former NKAO ... will simply carry out a total "Azerbaijanization" of Nagorno-Karabakh.

Ctrl Enter
Noticed oshЫbku Highlight text and press. Ctrl + Enter
We are
About Stalin and KhrushchevWhat you didn't want to know about England
42 comments
Information
Dear reader, to leave comments on the publication, you must to register.