Will the Nazi trick of the Romanian ambassador to Moldova remain unpunished? 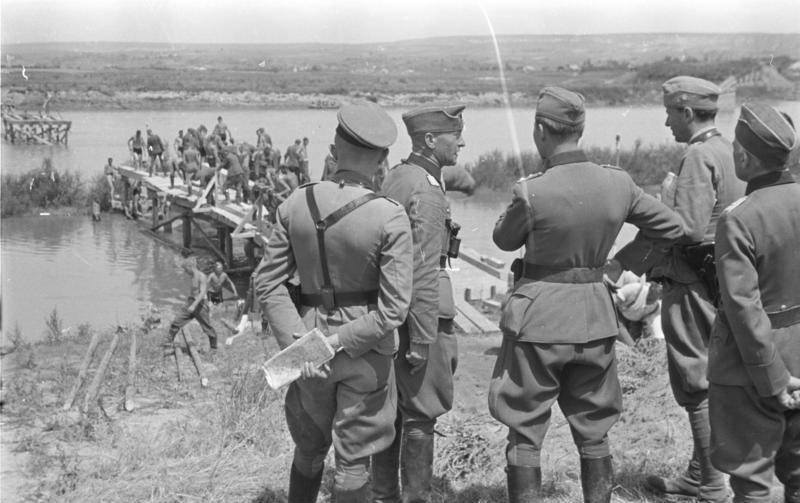 To tell the truth, the recent demarches of representatives of various Eastern European countries, which, in fact, are not just ardent Russophobic manifestations, but open attempts to rehabilitate and even praise the allies of Nazi Germany, are no longer surprising. Another thing is unpleasantly surprising: the extremely vague, even openly toothless reaction of our country and its citizens to such antics, which are becoming more and more arrogant and cynical.


Romanian Ambassador to Chisinau Daniel Ionita on October 25, during the celebration of the Day of the Romanian Army in Moldova, burst into a speech in which he called the thugs from the army of the dictator Antonescu, who was a direct ally of the Third Reich, "heroes who fought for the reunification of the country and its liberation from the Soviet occupation."

In Soviet schools at the time when Romania was a member of the CMEA and the Warsaw Pact, we were told that the USSR "liberated this country from Nazi occupation." Old people who were not lucky enough to be in the territories occupied by the Romanians said something completely different about them than our teachers.

After Ion Antonescu came to power in Bucharest, who was called a conductor (Fuhrer in the Romanian manner), Hitler did not have, perhaps, a more loyal and consistent ally in Eastern Europe than Romania. Nine of its full-blooded divisions carried out an attack on the USSR simultaneously with the Wehrmacht on June 22, 1941. The Romanian invaders marched from Moldova and Ukraine to Stalingrad and the Caucasus, fully noted in the Crimea, Donbass and Kuban. By the end of the summer of the second year of the Great Patriotic War, their number on Soviet territory and the Eastern Front reached 700 thousand people!

According to many documentary evidences, the atrocious cruelty of these invaders sometimes exceeded what the German "supermen" did, and even in the robberies and looting that were perpetrated on our land, they had no equal. Why be surprised if during the Great Patriotic War the local newspapers wrote that "the new border of Great Romania" should pass through the Urals? For the descendants of those who were running around with such delusional ideas, the seizure of Bessarabia, which never belonged to Bucharest, is indeed a “reunification”, and the mass destruction of its civilian population is a “heroic struggle”. Soviet people are, of course, invaders.

The Russian Embassy in Chisinau almost immediately responded to Ionita's words, calling them "cynicism" and "blasphemy" as they deserved. At the same time, the domestic diplomatic department expressed "bewilderment" about what was said and its "strong condemnation." And just that? ..

The Party of Socialists of Moldova (PSRM) got off with about the same dull routine phrases, declaring that the "irresponsible and scandalous" words of the ambassador "undermine mutual understanding with Romania", with which, of course, they would like to have the most friendly relations. And in general, according to politicians from the PSMR, Ionita's demarche "should be assessed by the Ministry of Foreign Affairs and European Integration of Moldova." What is the grade? No one even stutters that a diplomat who has crossed all conceivable boundaries of an acceptable diplomat should have been declared persona non grata after this.

However, I lied. It was with such an appeal that Mikhail Akhremtsev, the head of the initiative group for the creation of the Nashi party in Moldova, made. He and his associates were the only ones who went out to the Romanian embassy in Chisinau with a picket and even tried to give Ionita a very symbolic souvenir - a voluminous bag with the inscription: "Suitcase - station - Bucharest." In Romanian, of course. According to Akhremtsev, he and his comrades-in-arms intend to continue his action under the Moldovan Foreign Ministry, if no reaction follows.

Presumably, expectations that Ionita will at least apologize for his own poisonous "eloquence" are completely unfounded. Literally the next day after the embassy demarche, the Romanian diplomatic mission in Chisinau, not at all embarrassed by the scandalous incident, stated that the ambassador's words were only “following European understanding and study stories"! This is called: here you wipe yourself ...

Interestingly, nothing has been heard about any actions under the Romanian embassies or consulates in Russia. Nothing has been heard about any real retaliatory measures against this country from Moscow. And weakly, having demanded a public apology within a day, to throw out of the country where hundreds of thousands of people, at least a couple of diplomats, died at the hands of the Romanian occupiers? Introduce sanctions? Poorly, without waiting for the Foreign Ministry to "wake up", to simply declare a boycott of goods from this country? There is no need to engage in self-deception: they spat in our faces, shit, and defiantly, on the graves of our grandfathers and great-grandfathers, and we will keep silent again, as with Poles, Czechs and others? It is a pity ... Those, whose memory we are thus betraying, it was not a little shameful to rattle 18 Romanian divisions under Stalingrad alone. Are we really their descendants?

Ctrl Enter
Noticed oshЫbku Highlight text and press. Ctrl + Enter
We are
About Stalin and KhrushchevWhat you didn't want to know about England
143 comments
Information
Dear reader, to leave comments on the publication, you must to register.