The forthcoming attempt to storm the Lachin corridor will present Baku with a number of surprises. Will the involvement of the Russian military contingent be required? 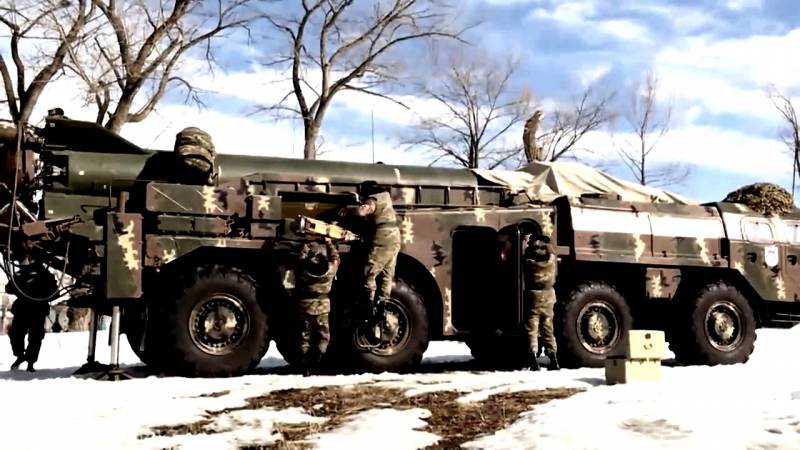 While competent sources in the Armenian defense department, including the representative of the Ministry of Defense Artsrun Hovhannisyan, continue to saturate the Armenian and Karabakh media space with highly controversial information about the "limited" use of the link of multifunctional super-maneuverable fighters of the "4 ++" generation in the Nagorno-Karabakh theater of operations, as well as masterly pour out victorious reports about the interception by the units of the NKR Defense Army and the Armenian Armed Forces of initiatives in the southern operational direction of the NKR, motorized rifle units of the Azerbaijani Army, having secured artillery and aviation support, in the shortest possible time carried out successful offensive "throws" along the beds of the Aker and Vorotan rivers (moving out of the vicinity of the city of Vardanats), as well as along the Khovuslu - Aygeovit highway.


Ultimately, this step provided the enemy with the establishment of fire control over N of the item. Tigranavan with the prospect of further continuation of offensive actions in the direction of the strategically important Lachin corridor, which is a critical element of the Yerevan-Goris-Stepanakert highway, providing transport links between the Nagorno-Karabakh Republic and Armenia (as you know, the loss of the city of Berdzor and the Lachin corridor will exclude the possibility of operational redeployment to the Karabakh The theater of operations of additional units of the Ground Forces and the missile forces and artillery of Armenia, not to mention the timely provision of military-technical support to the units of the NKR Defense Army).

In the confrontation for control of the Lachin corridor, a turning point in the current round of the Karabakh conflict will come

In the current situation, the most eloquent confirmation of the limited or tactically unverified (single / "farm") use of modern self-propelled military anti-aircraft missile systems "Tor-M2MKM" by the Armenian air defense forces, as well as the lack of regular patrolling of the airspace of the Nagorno-Karabakh Republic by those who recently entered combat units The Armenian Air Force multifunctional Su-30SM fighters is the unhindered use of the QFAB-250LG corrected high-explosive fragmentation bombs by the tactical aviation of the Azerbaijan Air Force against the strongholds and fortifications of the NKR Defense Army in the southern part of the unrecognized republic, which was captured by the WESCAM CMX turret optical-electronic complex a few days earlier. 15D of the Azerbaijani attack and reconnaissance UAV "Bayraktar TB2" for further demonstration in the media space.

Being a conceptual and constructive analogue of the Israeli guided aerial bomb (UAB) "Lizard" with a semi-active laser seeker and having a mass of 250 kg, developed by specialists of the Ministry of Defense Industry of Azerbaijan (with the assistance of the Turkish military-industrial company ASELSAN) adjustable aerial bomb QFAB-250LG (due to the payload limit UAV "Bayraktar", which is 150 kg) can be placed exclusively on the hardpoints of multipurpose combat training fighters MiG-29UB, attack aircraft Su-25 and training aircraft Aermacchi M-346, as well as multifunctional tactical fighters of generation "4+" F -16C Block 50+ of the Turkish Air Force, redeployed to the AvB Gabala. Moreover, the QFAB-250LG aerial bombs do not have dorsal kits of folding wings, which excludes the possibility of using the former in a gliding mode, which ensures that the launch lines (in this case, dropping from the carriers' suspension nodes) are far beyond the interception radii of the Armenian Tor-M2MKM air defense systems, as well as the R-27ER and RVV-SD (R-77-1) medium / long-range guided air combat missiles integrated into the ammunition load of the Armenian Su-30SM.

Consequently, during the use of QFAB-250LG air bombs, the tactical aviation of the Azerbaijan Air Force (and, possibly, the Turkish Air Force) freely operated in the immediate vicinity (less than 10 km) of the airspace of the Nagorno-Karabakh Republic, without encountering any resistance from the link of the Armenian Su- 30SM, the pilots of which (in the case of permanent patrolling) could detect in advance tactical enemy fighters "sneaking" in the terrain enveloping mode by means of the N011M Bars-R onboard radar, and then destroy them with the R-77-1 URVB a few minutes before reaching the bomb drop lines. Unfortunately, this did not happen.

Meanwhile, in spite of the above circumstances, some Karabakh and Armenian military experts still provide very optimistic forecasts regarding both the preservation of airspace control over the central regions of Artsakh by the units of the NKR Defense Army and the Armenian Air Defense Forces, as well as regarding the preservation of the combat stability of the units and fortified areas of the NKR Defense Army and the Armenian Armed Forces holding the defense of Berdzor and the Lachin corridor. Thus, the famous Armenian military leader and veteran of the first Karabakh war, Arkady Ter-Tadevosyan, who at one time earned the front-line nickname Commandos, came to the conclusion that "the enemy has lost air supremacy, which is why it is necessary to be patient and wait for new successes." Undoubtedly, the above forecasts and the statement of Mr. Ter-Tadevosyan are completely reasonable.

In particular, based on the information received several days earlier about the deployment by the garrisons of the 102nd Russian military base (military unit 04436) of a military field camp, as well as an observation and stronghold on the dominant heights near the Armenian city of Goris, it is easy to come to the conclusion that that the main points in the functional list of these objects are both the demonstration of the presence of the Russian Armed Forces (as a guarantor of security) in the active sector of the Karabakh theater of operations as part of the military-technical support of Armenia through the CSTO, and the provision of a deterrent ("sobering") effect on the command of the Armed Forces Azerbaijan in case of another attempt to move in the direction of the Lachin corridor.

It would be extremely naive to assume that in light of the escalation of the Karabakh conflict and the high activity of the air attack weapons of the Azerbaijani Armed Forces, these objects will operate "in the open air" without appropriate cover with a powerful layered anti-aircraft / anti-missile "barrier" A2 / AD, formed not by a couple of scattered on the terrain of the "ancient" air defense missile systems "Osa-AKM" and a single S-300PS battalion with the 30N6E illumination radar turned off, and the S-300V anti-aircraft missile system and several batteries of Armenian and Russian air defense systems "Tor-M2MKM" and "Pantsir-C1", aggregated into a network-centric air defense-missile defense system by means of the unified battery command posts "Ranzhir-M" and "Polyana-D4M1").

It is also worth noting the fact that several dominant heights south and north of Goris, which are at the disposal of the motorized rifle and artillery units of the NKR JSC and the Armed Forces of Armenia, as well as the Armenian air defense troops, firstly, ensure the establishment of permanent visual and fire control (with the ability to fire at suppression by direct fire from anti-tank artillery) of the Tigranavan-Berdzor and Shushi-Berdzor highways, which are critical for the regular Azerbaijani army, secondly, they allow increasing the range of the radio horizon of the radar detectors of the Tor-M2KM self-propelled air defense systems in the complex elevated terrain of Artsakh, providing an opportunity in advance detection of "Harop" and other means of air attack of the Armed Forces of Azerbaijan, "seeping" between the ridges of Karabakh.

Ctrl Enter
Noticed oshЫbku Highlight text and press. Ctrl + Enter
We are
Karabakh rift is eternalCaucasian affairs
171 comment
Information
Dear reader, to leave comments on the publication, you must to register.