Longing for the meanings. Are Russians ready to return to the Soviet past? 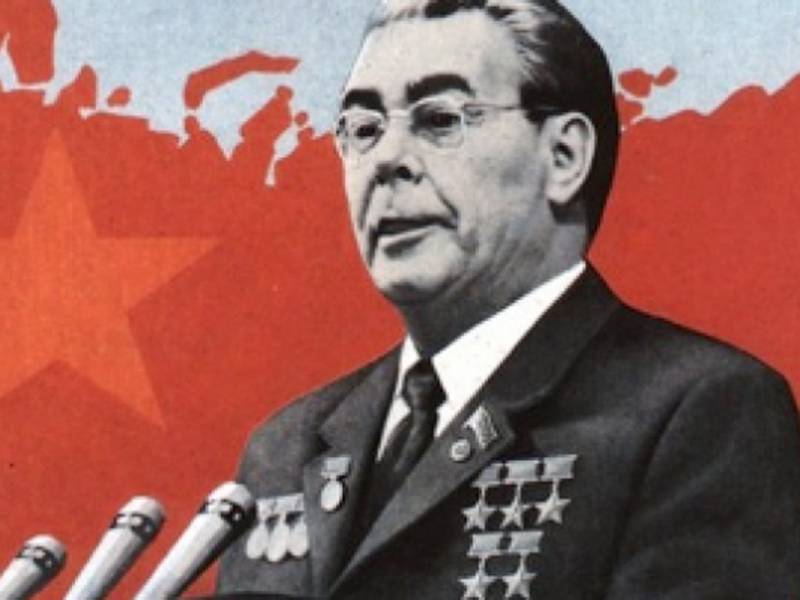 Nostalgia for the Soviet Union has accompanied Russians since the very collapse of the empire. Sociologists of the Levada Center at the end of the last century pointed to up to 75% of the country's citizens who regretted the collapse of the USSR. Almost twenty years have passed. In 2018, similar studies found a decrease in sympathizers, but only up to 66%. According to the All-Russian Public Opinion Research Center, by the mid-2000s, positive and negative assessments of the collapse of the USSR fluctuated depending on the events of domestic and international life.

And at all times the older generations regretted the collapse of the country more than the younger. Fewer young people are interested in the past, including the Soviet one, and for many the disintegration of the USSR is the same gray-haired историяlike the 1917 revolution. Accordingly, almost a fifth of Russians, mostly under 25, find it difficult to give any assessment of the liquidation of the USSR. And more than 10% of respondents in Russia do not know at all that the USSR collapsed almost thirty years ago and the Commonwealth of Independent States was formed. In Belarus there are 9% of such, in Ukraine - more than 20%.

At the same time, myths about the warm and prosperous Soviet past are surprisingly easy to fall into the minds of young people. 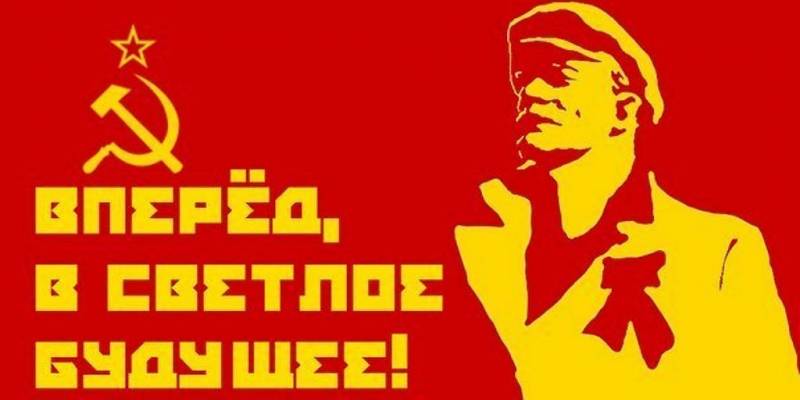 Source: neizvestniy-geniy.ru
In sociology, such a term even appeared: the index of nostalgia for the USSR, which measures the share of empathizers among different age groups. However, according to many researchers, over the past three decades, the nature of the nostalgia of fellow citizens has changed. In the late 90s, sadness over the superpower's political and military might, as well as relative financial well-being, came to the fore. Decades later, the bitterness of loss for social well-being and interpersonal relationships came to the fore. Gradually, the notorious longing for a lost power is replaced by a longing for meanings (they are so lacking in modern Russia). To the greatest extent, nostalgia concerns the period of Brezhnev's stagnation - a time when political "frosts" and increased censorship in the sphere of culture were accompanied by the formation of a modern urban consumer society. As it seems to contemporaries, it was then that the notorious and subjective feeling of stability appeared - the inviolability of the foundations and general order of everyday life.

The whole post-Soviet myth-making is based on the delusion about the welfare state and social solidarity, embodied in the memories of the social guarantees of the Brezhnev era. First of all, we are talking about free medicine, education and housing. In 2017, a large-scale study took place, according to which Leonid Ilyich Brezhnev was on the first line of the rating of Russians' preferences. 56% of the respondents pointed to Brezhnev as the leader under whom life was best in the country. And it should be noted that since 1990 the share of people who think similarly has decreased by only 3 pp. Yeltsin (7%) is in second place with a gigantic lag, and life was worst (according to respondents) under Lenin, Stalin, Chernenko , Andropov and Gorbachev.

Since there is some kind of nostalgia, it is quite possible to monetize it. Various online communities and online sites dedicated to Soviet history are growing in modern culture, as well as specific vintage fashion and whole design directions are developing. For example: the groups on VKontakte "USSR - Let's remember the best" and "USSR. Total Recall ”gained almost 800 thousand subscribers. The Founding Fathers in the group descriptions quote something like this:

“This group is for those who have something to remember ... This group is nostalgia, giving everyone the opportunity to see what those who were born in the USSR lived with, what surrounded them in childhood, youth ... How little we needed to be happy! "
Recall that most of the subscribers were born after 1991.

When applied to the design culture, it is worth recalling the appearance of the presidential limousine "Aurus", in some details echoing the Stalinist ZIS-110.

In science fiction literature, a whole "hit" genre was born. In simple plots, the main characters of the works magically find themselves either in the era of the Great Patriotic War, or in the period of the late USSR. In both cases, historically informed characters influence the fate of entire states, and also save the Soviet Union from collapse.

At the same time, post-communist nostalgia is not unique to Russia: fond memories of the socialist camp are not uncommon among residents of Central and Eastern Europe and, naturally, in the states of the former USSR. In many of them, totalitarianism is still built on the foundation of the historical legacy of the Soviet Union.

"A pie - 5 kopecks, lemonade - 10 kopecks, ice cream - 15 kopecks, and you can walk on the street all day."
Parents of Generation Z representatives born in the early 2000s share approximately such warm memories. Parents of "zetas" in the era of the USSR were children and absorbed all the best, not noticing the shortcomings of the surrounding reality. Mythical justice, social equality, and stability seem to be typical features of the order that the parents of Z's children unconsciously "remember" about. At the same time, modern children, satiated with a consumer lifestyle, are seduced in socialism by these mythical categories.

Modern research suggests that Gen Z is generally more socially active than its predecessors. Representatives of the digital age go to protests and rallies, create successful communication channels in which they exchange ideas and promote their ideals, participate in volunteer movements and similar stories. Sociologists and anthropologists argue that

"The current young generation has a clear demand for social justice and a desire to live in an independent, great country, and this is impossible without the solidarity of generations and the identification of today's Russia with the Soviet Union."
An important contribution to the distorted perception of the younger generation of the history of the late USSR is made by contemporary culture and mass media. For example, the so-called positive nostalgia prevails in cinema, broadcasting symbols of the Soviet era that are significant for the older generation: songs, images, heroes, ideology, the understanding that society has a specific goal - the construction of socialism. At the same time, negative nostalgia, associated, in particular, with the victims of Stalinist repressions, is deliberately kept silent or taken out of the brackets of works of art. 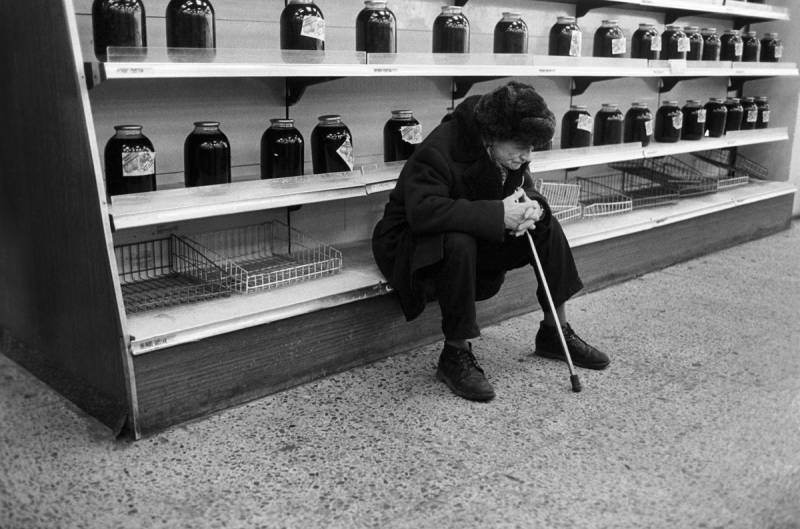 Source: ic.pics.livejournal.com
However, when Gen Z is immersed in the reality of the Soviet Union, the situation of delight is replaced by other emotions. The famous mystery of the times of stagnation and the late USSR: "Long, green, smells of sausage." Answer: "Train". This episode of Soviet life knocks down young people who associate the past with completely different concepts. Accustomed to going to a nearby supermarket for any need, the Zetas simply do not understand the possibility of a total deficit.

Or an example about communal apartments with one toilet for 20-30 people. But this accompanied the Soviet people for several generations. In the "dock" period, young people could easily imagine, and often even plan a trip abroad or a vacation in the Mediterranean. In the history of the Soviet Union, this was akin to fantasy.

Such negative nostalgia is not at all to the liking of the consumer generation Z, which gives rise to a certain duality of perception of the historical heritage among young people. On the one hand, parents and grandparents remember only good things (along with film culture), and on the other hand, a detailed study of the issue reveals unsightly moments.

A paradoxical assessment of the social realities of the Soviet Union has developed in modern society. For the most part, young Russians assess it positively, but they are not ready to return there. In the new Russia, it turns out, life is much more comfortable, nourishing and safer. And this becomes one of the factors that makes Generation Z shout the famous "Change!"

Ctrl Enter
Noticed oshЫbku Highlight text and press. Ctrl + Enter
We are
The results of the Levada Center poll: “Russians are lonely, aggressive, touchy and trust only Belarusians”Putin on the throne of Ivan the Terrible ("Rzeczpospolita", Poland)
483 comments
Information
Dear reader, to leave comments on the publication, you must to register.