US Navy develops Hammerhead homing mine 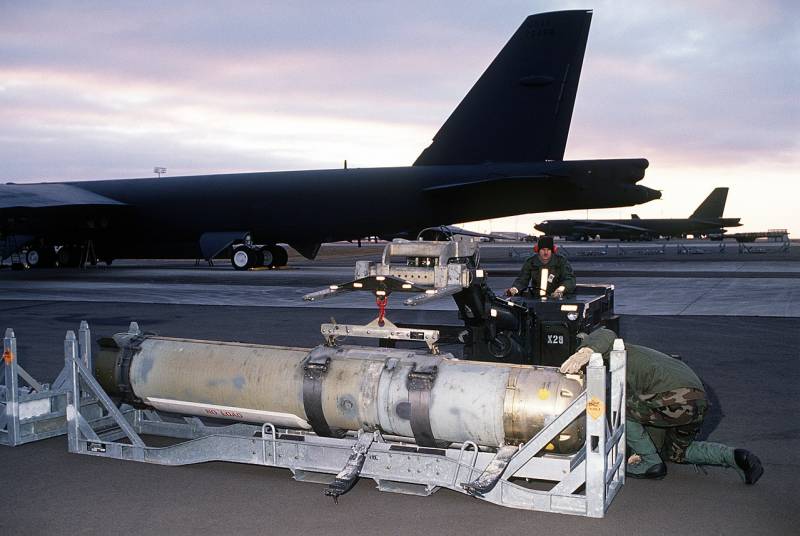 In 1979, the US Navy received the Mk 60 CAPTOR homing naval mine (mine-torpedo complex). In 2001, it was removed from service due to obsolescence, without creating a direct replacement. But almost two decades later, they returned to the forgotten concept, and now a new complex for a similar purpose is being created under the name Hammerhead.

From 2001 to the present day, the US Navy has no homing mines / mine-torpedo systems. In order to close the empty niche in 2018, we launched a new program Hammerhead ("Hammerhead"). It is proposed to create a modern analogue of the Mk 60 CAPTOR with the same operating principles, but based on current technologies and solutions.

According to the plans for 2018, in the next 2019, a "request for opportunities" was to be released, inviting various organizations to develop the project. In fact, this document was not released until early 2020. For several weeks thereafter, the Navy planned to accept applications from potential developers. In April, an online conference was held with the participation of representatives fleet and competing companies.

The competitive design process has not yet been completed and a winner has not yet been selected. The best preliminary design will be chosen within a few months, after which a full-fledged contract will appear for the development of a mine and torpedo complex with the subsequent production of a pilot batch for testing.

The current plans of the Navy provide for the purchase of 30 experimental Hammerhead products by the end of 2021, with their help they will conduct tests, which will take no more than several years. In 2023, it is planned to launch a full-scale serial production and supply weapons in the arsenals of the fleet. 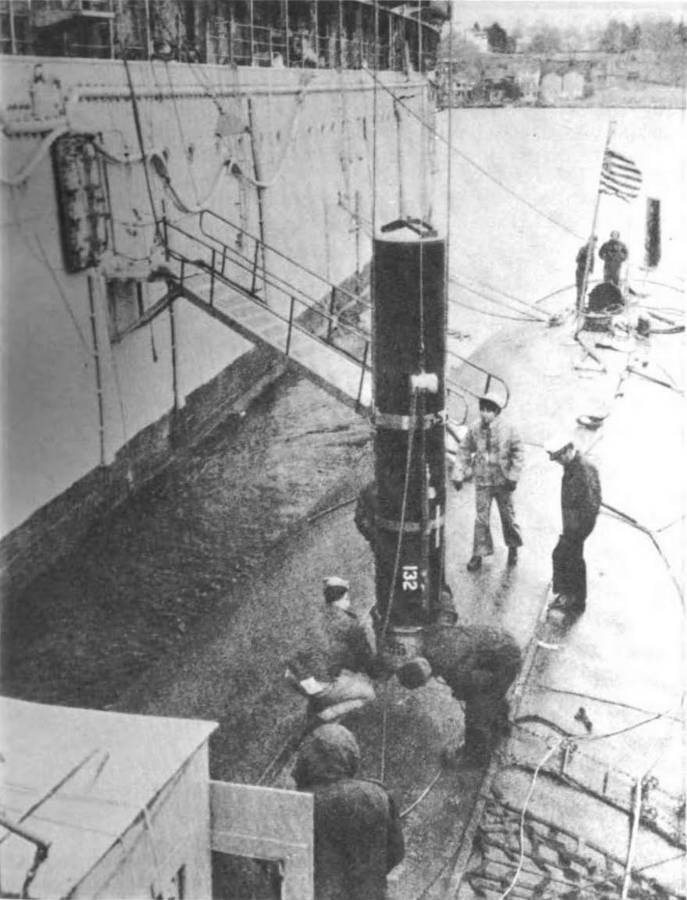 In terms of concept, architecture, etc. the new Hammerhead complex has no fundamental differences from the old CAPTOR. The Navy wants to get an autonomous product capable of being on duty at a given position and identifying enemy submarines. When a target is detected, a naval mine should release a homing torpedo. However, old and proven ideas are proposed to be implemented at a new technological level and with the introduction of useful solutions.

The hammerhead should have a modular architecture, which should simplify future upgrades. If necessary, it will be possible to change individual modules, improving the complex as a whole or increasing the characteristics of individual systems. Also, modularity will allow the introduction of new functions.

The Hammerhead will include an anchor module, a launching device, a communication unit, a data processing and control unit, and a sonar module. The most important part of the complex will be a homing torpedo - the serial Mk54 is used in its role. All of these products will be assembled into a compact device suitable for transport on a carrier and quick installation in position.

Quite high requirements are imposed on the complex controls. The mine must remain in position and be on duty for several months. With the help of its own GAS, it must monitor the situation and identify the noises of submarines. The data processing unit will store the acoustic signatures of all modern submarines, which will make it possible to distinguish between detected objects and determine the range to them.

When a target approaches a given range, the automatics must launch a torpedo. Coming out of the launch container, the torpedo will independently search for a target and hit it. Then the complex must transmit information about the attack and shut down. Reuse is not provided. 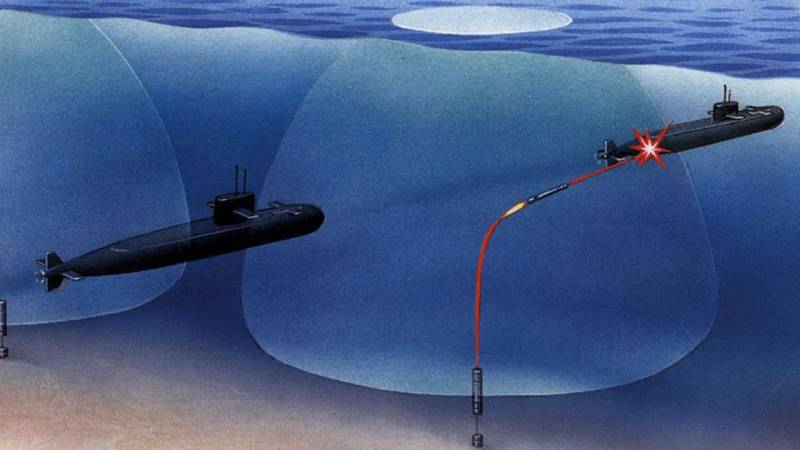 The principle of operation of a homing mine
To defeat enemy submarines, it is proposed to use the small-sized Mk 54 Lightweight Torpedo torpedo. It is a product of 324 mm caliber, 2,72 m long and weighing 276 kg. The torpedo is equipped with a heat engine that propels at a speed of over 40 knots. Range - 2400 m. The 44 kg warhead is delivered to the target using active and passive acoustic homing.

The Mk 54 torpedo was chosen due to its limited size and weight. Thanks to this, the launch container and the entire Hammerhead complex can be made as compact as possible and suitable for use on various carriers. In the future, torpedoes of other types can be added to the complex, which will be facilitated by the modular architecture.

The Mk 60 CAPTOR naval mine was compatible with a wide range of carriers that were in service during the years of its operation. Depending on the tasks assigned, it could be set using aircraft and helicopters of various types (from carrier-based fighters to strategic bombers), as well as through torpedo tubes of ships and submarines. After getting into the water, the product worked according to a given algorithm and got up on duty.

The main carrier of the new Hammerhead mine can be the XLUUV (Extra-Large Unmanned Underwater Vehicle) unmanned underwater vehicle. Such products will be able to carry several mines and deliver them to a given area. The forces of several underwater drones will be able to install large minefields and block dangerous areas in the shortest possible time. Compatibility with fleet torpedo tubes and carrier aircraft is likely to remain. 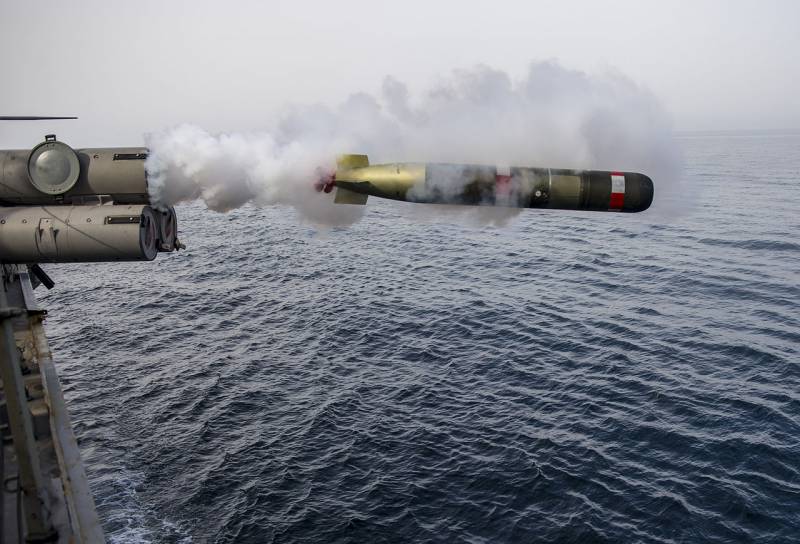 Shooting a torpedo Mk 54 from a ship vehicle
The Hammerhead complex is proposed to be used to create minefields in specified areas, both long-term and directly in the enemy's path. The experience of the CAPTOR product shows that such homing mines are a fairly effective anti-submarine weapon and are quite capable of protecting water areas from enemy penetration. At the same time, the use of modern technologies and components should provide certain technical and tactical advantages over the old product.

The future of mine

Almost two decades after the abandonment of the Mk 60 CAPTOR, the US Navy decided to return to the forgotten concept of a mine-torpedo system or homing mine. In addition, other new models are being developed in the class of mine weapons. It is expected that in the next 3-5 years, the promising Hammerfish complex will pass all checks and go into operation, expanding the anti-submarine potential of the Navy.

However, such optimism may be excessive - the project is already facing some problems at the very early stages. So, for a number of reasons, the choice of the developer and manufacturer is delayed, which can negatively affect the subsequent stages of the project. In addition, difficulties cannot be ruled out at the stage of creating and testing new controls and other equipment - such troubles neutralize the time and cost savings from the use of a finished torpedo.

The future of the new project directly depends on related developments. It is believed that the best results Hammerhead will show in conjunction with heavy unmanned underwater vehicles. Such equipment is not yet ready for operation, and without it it will not be possible to realize the full potential of the mine and torpedo complex. However, the creators of XLUUV and other similar projects have a margin of time before the completion of work on the new weapon.

Thus, the US Navy intends to fill the still empty niche in the field of mine and torpedo weapons with a new complex of an already known class. The Hammerhead naval mine will have a high potential and therefore will be of great interest to the fleet. However, the development of such a product will not be quick and easy, which can lead to delays at all stages, as well as problems during the implementation and deployment stages. In the coming years, it will become clear whether it will be possible to cope with these difficulties and return homing mines to the fleet.

Ctrl Enter
Noticed oshЫbku Highlight text and press. Ctrl + Enter
We are
Contactless bottom mine MIRAB. Ambiguous weapons of the USSR NavyNight attack destroyers in the Russo-Japanese War. Ending
56 comments
Information
Dear reader, to leave comments on the publication, you must to register.