Danger for Armenian troops in Karabakh: possible alignment of the front of the Azerbaijani Armed Forces from the Kornidzor salient to the north-east

Azerbaijani troops continue their offensive in Nagorno-Karabakh. The most active hostilities are taking place in the southwestern and southeastern directions.


The situation boils down to the fact that the Azerbaijani army advanced almost close to the so-called Kornidzor ledge, trying to reach the strategically important Lachin (Berdzor). In addition, Azerbaijani troops are minimizing the possibility of a counterstrike by the troops of the unrecognized Nagorno-Karabakh Republic in the east - from Martuni (Khojavend).

Large arrows on the map indicate the main directions of attacks by the Azerbaijani armed forces: 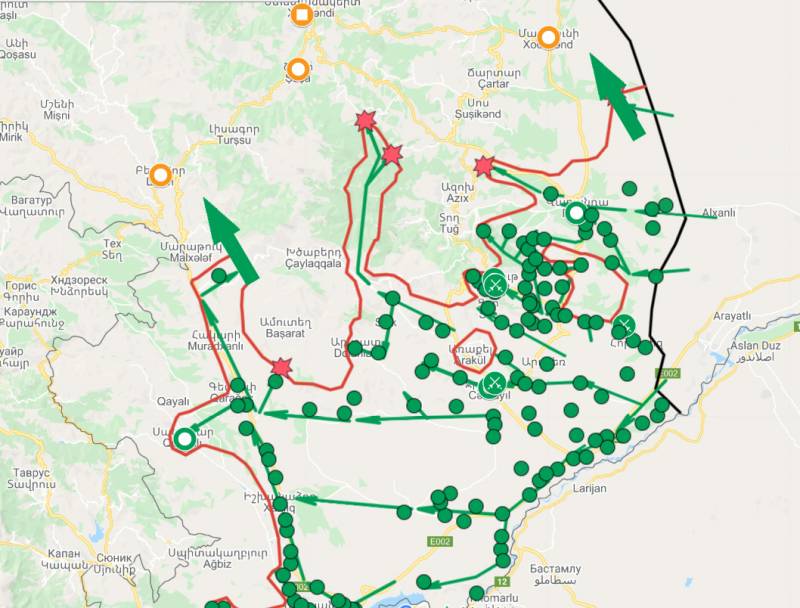 Meanwhile, the NKR Ministry of Defense publishes statements about the shelling of enemy positions, stating that the destruction of "hired terrorists" is underway. 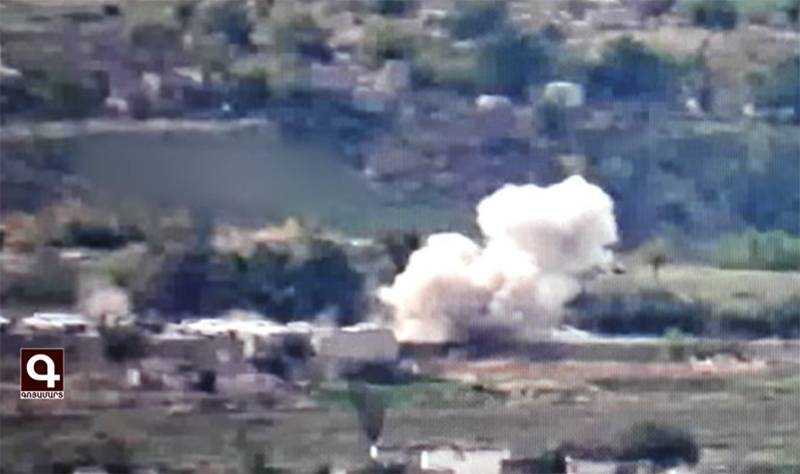 In such a situation, it can be stated that over the NKR hangs a serious danger of losing not only the buffer territories separating Artsakh from the forward positions of the Azerbaijani troops, but also the territories of the republic itself. If the Azerbaijani formations reach the Shushi and Lachin (Berdzor) area, then they will have to align the front from the aforementioned Kornidzor ledge to the northeast and carry out what they started to the end. The alignment of the front by the enemy is something that from a military point of view, the Armenian troops should not be allowed to, if they really intend to maintain control over the NKR.

But one thing is the words about "non-admission" of certain actions of the Azerbaijani army, and another is the real capabilities of the NKR troops. So far, the situation is clearly not in their favor.

Ctrl Enter
Noticed oshЫbku Highlight text and press. Ctrl + Enter
We are
Reports from the militia of New Russia for 27-28 September 2014 of the yearNew war in the Caucasus be?
104 comments
Information
Dear reader, to leave comments on the publication, you must to register.