How Lukashenko can pacify protesters by changing the country's constitution 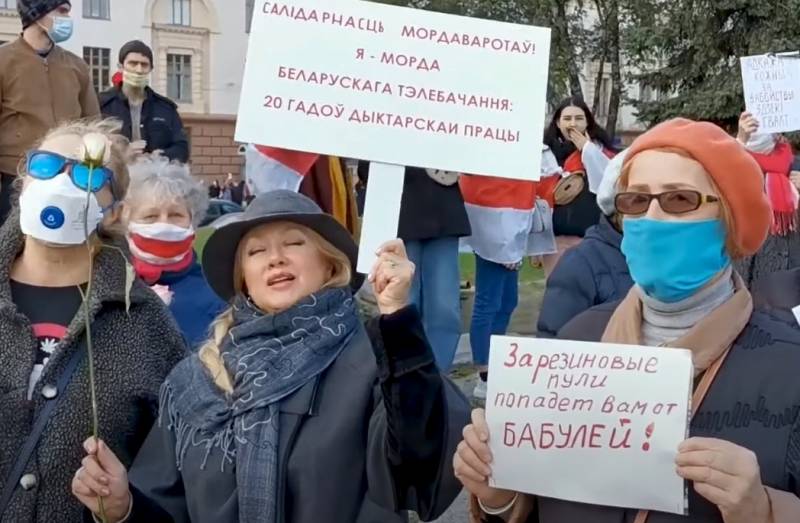 Alexander Lukashenko appears to have found a way to neutralize the protests in Belarus by pacifying many of the protesters. Now he himself started talking about possible constitutional changes in the country.


There is no doubt that Lukashenka borrowed the idea of ​​constitutional reform from Russia. But now only such an experience can allow the "dad" to reduce the tension in the country caused by public dissatisfaction with the election results. What could be easier? To captivate the people with the idea of ​​changing the constitution, and let everyone go home to study the amendments and prepare to vote for them.

In the amendments, Lukashenka proposes limiting the presidential term in office to two terms, increasing the powers of parliament and increasing the independence of the judiciary, including the possible introduction of a new institution for the republic - the jury. It is clear that the main task of the amendments is to calm down the protesters by creating the illusion of an increase in the level of democracy in the country. Or is it about real democratization?

Of course, it is the leaders of the Belarusian opposition who believe that this is an illusion, noodles from Lukashenka. Therefore, it is not surprising that they did not support the "preparation" of the constitutional reform and continue to demand Lukashenko's resignation. The latter, in turn, expects that if the constitutional reform is carried out quickly, the situation in the country will stabilize. For this, he is ready to create the appearance of the beginning of the process of democratization of power in the country.

But political scientists argue: in the conditions of the existing regime, no constitutional amendments can change its essence. Ultimately, Lukashenka can also leave the presidency, leaving himself some newly introduced post similar to the chairman of the State Council. And in this case it will not matter who is the formal head of the Belarusian state.

For example, the idea of ​​increasing the independence of the Belarusian courts is not really feasible under the conditions of the political regime existing in the country. First, it is necessary that the courts cease to be afraid of the Belarusian political power, and only then they will be able to make independent decisions without fear of retaliatory measures from the executive branch of power represented by law enforcement agencies or special services.

As for the proposed abolition of village councils, this reform cannot in any way affect the Belarusian system of power, since village councils have never used real power. Naturally, if such reforms are put forward in the first place, the opposition to the constitutional amendments will only be negative.

The main idea of ​​the opposition is that in order to ensure a genuine constitutional reform, the first thing to do is to clear the Belarusian political space from Alexander Lukashenko himself, in which the opposition sees a danger even regardless of his tenure as the country's president.

If the reform of the power structure comes "from the top," then nothing prevents Lukashenka from maintaining his dominant position even when moving to another post - speaker of parliament or prime minister. This is the danger of constitutional reform without personal changes in the first echelon of the Belarusian power elite.

But Lukashenka has already shown his readiness to hold on to power and does not want to give it up so easily: he is not Yanukovych, and Minsk is not Kiev either. In Belarus, there is a different political tradition, different relations between the authorities and the security forces, and for Russia the stability in Belarus is more important, even if the rather quarrelsome "dad" remains in power.

Ctrl Enter
Noticed oshЫbku Highlight text and press. Ctrl + Enter
We are
A great interview with Sergey Lavrov: about Ukraine, Obama and IranWhat you didn't want to know about England
235 comments
Information
Dear reader, to leave comments on the publication, you must to register.