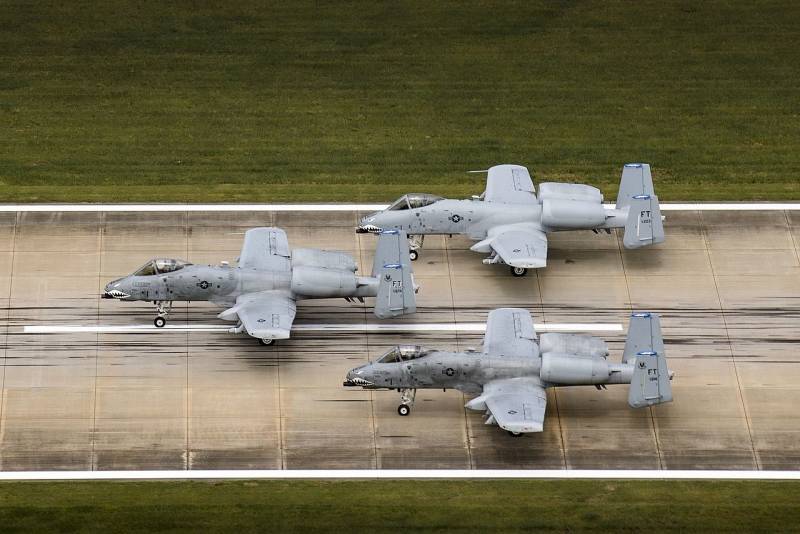 According to the current plans of the US Air Force, the Fairchild Republic A-10C Thunderbolt II attack aircraft will remain in service until 2030-35. In order for these aircraft to maintain high efficiency in line with the requirements of the time, various modernization options are offered. The update to Suite 9 was done last year, and the new Suite 10 will begin rolling out next year.

Requirements of the future

Just a few years ago, the Air Force, the Pentagon and Congress were deciding whether to abandon the A-10C attack aircraft. This technique was considered obsolete and unusable in the future. For several years, it was proposed to write off all Thunderbolts-2, and transfer their combat missions to F-35 Lightning II fighter-bombers. However, an equivalent replacement failed, and the A-10C was left in service.

According to recent calculations, the A-10C can remain in service until the thirties. However, this requires maintaining their technical readiness, as well as regularly carry out upgrades to expand capabilities and improve performance. Several updates have been completed to date, the most recent of which is known as Suite 9 ("Package 9"). Now on the agenda is the development of the next packages with numbers "10" and "11". 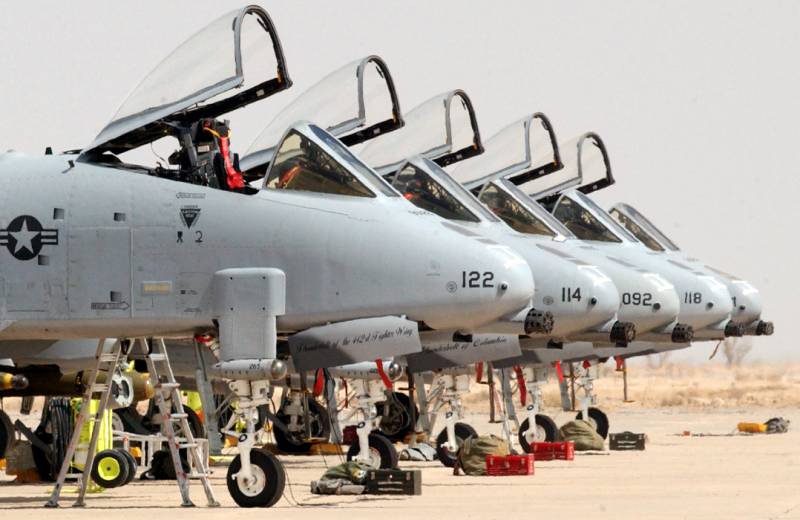 The main requirement for new projects is to increase the survivability of the aircraft over the battlefield. It is necessary to develop new controls and elements of the sighting and navigation complex (RNC), which will allow the attack aircraft to identify risks in time and avoid them. We also need new tactics of use and a wider range of ammunition, including highly effective modern and advanced models.

Right now, the 40th, 59th and 422nd Test Squadrons, as well as the Air Force Reserve Command and the National Guard Test Center, are doing the necessary research and testing. The development and testing of new tactics for the work of attack aircraft is being carried out. For example, the possibility of reducing the working heights above the battlefield without sacrificing survivability is currently being tested. Also tests are carried out weapons, not yet included in the attack aircraft ammunition.

Last year, the integration of the Suite 9 update was completed. It included several new RNC features needed to improve combat effectiveness and reduce risks to friendly troops. Thus, a new function of automatic reception and processing of digital data on the position of an advanced ground gunner has appeared. The information is displayed on the pilot's general map and is taken into account when generating data for the use of weapons. This eliminates the possibility of hitting your own. 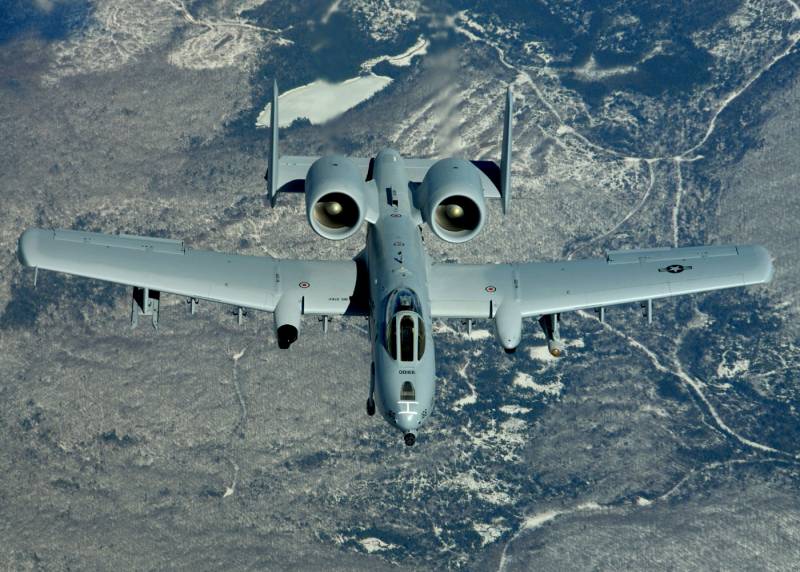 For the pilot in Suite 8, a new helmet with a helmet-mounted target designation system HObIT (Hybrid Optical-based Inertial Tracker) is intended. It differs from the previous Scorpion helmet with increased accuracy of head tracking.

PRNK received the function of attacking several targets in one combat run. The complex collects target data and calculates the possibility of dropping several guided bombs of the same type without changing course and re-targeting. With one press of the combat button, the pilot can drop up to six weapons, one for each target.

In the spring of 2021, it is planned to start the implementation of the new "Package 10". The effect of this upgrade is expected to be comparable to the transition from the A-10A to the A-10C. Provisions are made for the next update of the PRNK, the improvement of communication and control facilities, the refinement of the weapons complex, etc.

The function of attacking multiple targets in one combat run will be improved. Due to the new software, they will provide the ability to use weapons of three different types in one strike. Full integration of GBU-31 (V) 3 JDAM guided bombs is offered, allowing you to use the full potential of this weapon. The introduction of guided missiles AGR-20 APKWS - a guided modification of the old unguided Hydra 70 - will be completed. 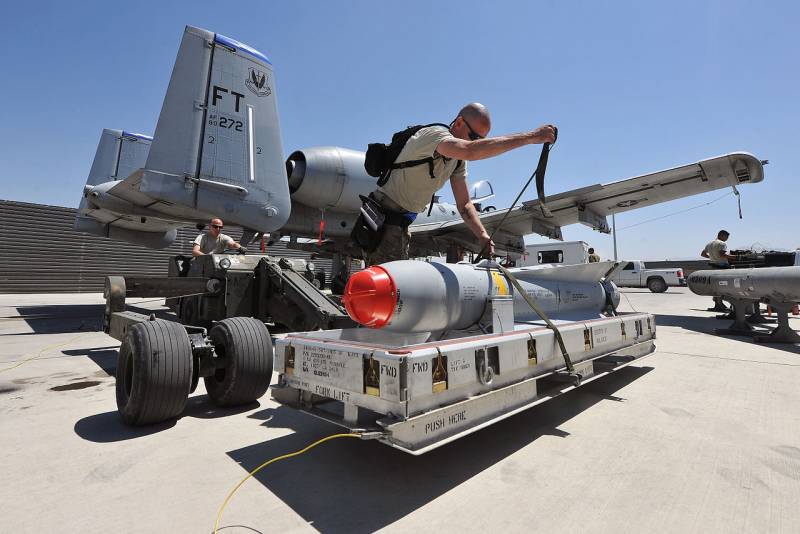 Thunderbolt-2 aircraft with up-to-date service packs have a set of sensors to detect threats. Suite 10 will provide an exchange of threat intelligence. Each attack aircraft over the battlefield, having identified one or another dangerous object, will automatically report it to other aircraft. This will increase the unit's situational awareness and reduce the risks associated with enemy countermeasures.

Currently, test squadrons and plant suppliers of units are testing new systems in the conditions of airfields and ranges. In the coming months, these works will be completed, and the modernization of aircraft in combat units will begin next year.

Already now, before the end of testing Suite 10, development work is underway on the next package No. 11. In this project, the main focus is on the cockpit equipment and, accordingly, on the comfort of the pilot. The central block of analogue instruments will be replaced by a multifunctional FullHD display with a diagonal of 11,6 inches. For its full use, new mapping software will be introduced. Voice communications are enhanced with XNUMXD sound.

PRNK will receive anti-jamming satellite navigation equipment. The integration of new types of weapons and the improvement of existing functions are expected. The ARC-210 multifunctional communication system will be modernized. 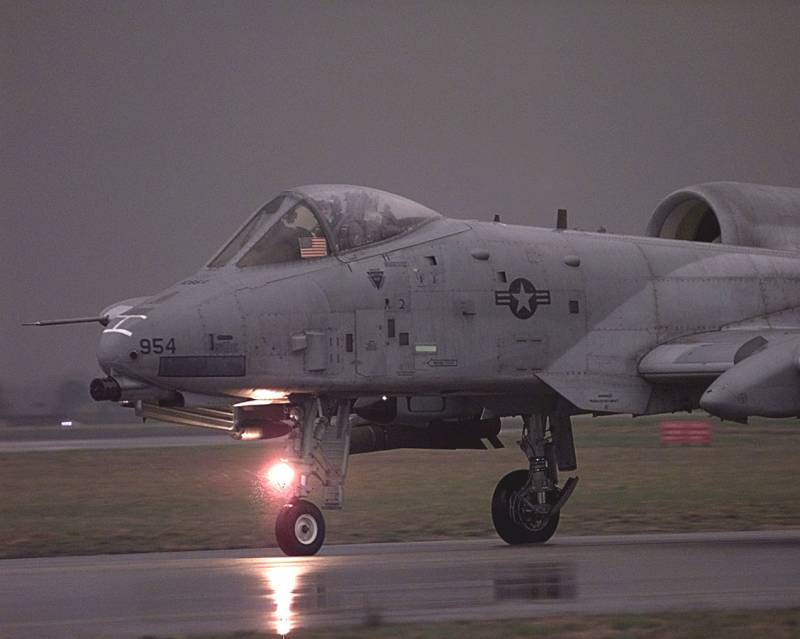 It is expected that the Suite 11 update will allow 3-4 times to increase the probability of hitting a target with one aerial bomb. In addition, the joint work of attack aircraft and interaction with ground units will improve. The risks for the aircraft in a difficult combat situation will also be reduced.

The timing of the completion of work on the 11th package has not yet been specified. At the same time, it is argued that new "flexible approaches" are used in its development, thanks to which it will be possible to speed up the work. Probably, the upgrade to Suite 11 will have to start after the completion of the re-equipment of the equipment according to the previous project.

More than 280 A-10C Thunderbolt II aircraft currently operate in the United States. More than half of this equipment is listed in the combat and test squadrons of the Air Force, and the rest belong to the Reserve Command and the National Guard. This technique is actively used in combat training events and regularly undergoes the necessary maintenance. 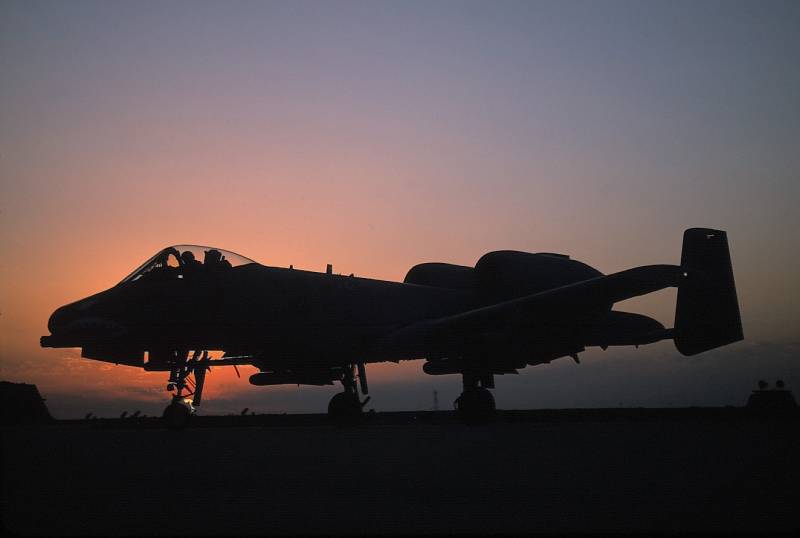 The FY2021 defense budget reduction of expenses for such a park is envisaged. In this regard, the Air Force will have to withdraw from service 44 A-10C aircraft - the equipment of three squadrons. It is curious that at the stage of discussions in Congress, such proposals were criticized. Legislators demanded to keep the attack aircraft in the ranks. It is possible that the current plans to extend the operation could lead to the cancellation of the cuts.

In parallel with the operation, serious measures are being taken to update the aircraft. So, in recent years, the wing has been replaced with an extension of the resource and service life. In addition, "batch" updates are performed. At the same time, "Thunderbolts-2" do without replacing engines and general aircraft systems. Also, the built-in cannon remains in its place - one of the main features of this attack aircraft.

To date, the US Air Force has abandoned the idea of ​​decommissioning the A-10C aircraft and transferring their functions to other equipment. They will be kept in service for the maximum possible time, and for this special approaches and methods of modernization are being developed. It is expected that these measures will allow the A-10C aircraft to operate for another 10-15 years without any loss in efficiency. The next modernization will start in just a few months, and soon the combatant pilots will be able to evaluate its results.

Ctrl Enter
Noticed oshЫbku Highlight text and press. Ctrl + Enter
We are
A-10 Thunderbolt II: attack aircraft built around aircraft cannonAn-12 in Afghanistan
50 comments
Information
Dear reader, to leave comments on the publication, you must to register.