Advice from outsiders: again from Gref and Kudrin 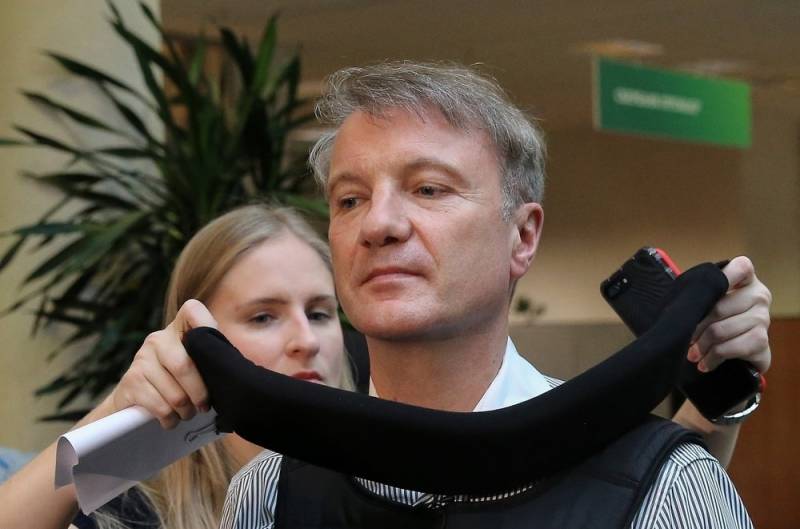 As soon as our liberals from the economy begin to give positive forecasts, the public, following the advice of the old satirists, begins to get pretty worried. No, nobody is in a hurry to buy salt and flour, but everyone is trying to postpone it for a rainy day.

It is still impossible to understand why the autumn predictions of the head of Sberbank of the Russian Federation, German Gref, and the chairman of the Accounts Chamber, Alexei Kudrin, breathed a chill. Perhaps the pressure from the media is taking its toll. And it seems that the second wave of COVID-19 cannot be squeezed as easily as the first.

German Gref expresses a very unexpected conviction that the ruble, which has taken away about a ruble from the euro and the dollar over the past week, will continue to return its own. Kudrin, in turn, believes that the economic downturn will be significantly less than expected.

The head of Sberbank considers several geopolitical factors, as well as the normalization of the situation with coronavirus, a necessary condition for strengthening the national currency by the end of the year. The chief controller of the country did not make such a serious bet on the ruble, believing that it would remain at current rates in relation to world currencies.

On the other hand, the chairman of the RF JV has no doubts that there is no need to fear a continuation of the fall in the domestic economy. Moreover, in Kudrin's opinion, the decline will be significantly less than the negative forecasts.

From the Audit Chamber, apparently, it is better to know: perhaps they do not rule out that we have simply reached the bottom, and the oil crisis is impossible even in the event of a new lockdown in developed countries.

Meanwhile, neither one nor the other had any worrisome thoughts about the collapse of small and medium-sized businesses, rising unemployment, falling real incomes of the population. Taken together, these factors can overturn all positive expectations rather than the notorious fundamental economic reasons.

Both German Gref and Alexei Kudrin are very inclined to speculate about them. Conveniently, if something happens, you don't have to be responsible for anything. And as for the people, it would be time for them to cover even preferential mortgages, as the head of Sberbank says directly, which, in fact, is clearly not overloaded with mortgage programs.

Silence is gold ... of the wrong sample

Most likely, Gref is confident in the ruble, and Kudrin is calm about its course, just knowing our tradition, according to which, closer to the New Year, due to tax and other calculations, the demand for rubles is growing. And as a result of this, the rate of the national currency is growing, albeit insignificantly.

In addition, the speculative interest in operations with the falling ruble is clearly exhausted, as well as the interest of the mass public in buying foreign currency.

The head of Sberbank and the chairman of the Accounts Chamber, based on indirect indicators of the Central Bank, are able to draw conclusions about whether the ruble will play at the end of the year in their favor or in favor of foreign currencies.

What is it, duty optimism or desire to pass off wishful thinking? Or is it a sober assessment of ours and you, citizens, of the ability to withstand perhaps the most terrible threat in recent years?

And how should it be otherwise, if we helped the locomotives of the economy, and therefore, first of all, structure-forming enterprises, to resist at our own expense during crises and under sanctions? Read: structures of oligarchs or gentlemen who ride corporations and holdings.

In terms of the balance between positive and negative, the authors are also sinful, in recent years they have promised more than once the stabilization of the economy, and even the strengthening of the ruble, although mainly through the lips of independent analysts. Our liberal experts, for the most part, are by no means independent.

Moreover, the same Gref and Kudrin are in such positions, when they themselves depend on someone and on something, but the main thing is that a lot, very many, depend on their actions. Please note that it is not just that Gref is campaigning in parallel for the ruble and for refusing to continue lowering rates on preferential mortgages.

And after all, the latter is being done within the framework of the state program approved for years to come, when the rate cut is not only and not so much an incentive to new loans, but a kind of symbol of hope for current mortgagees.

In a crisis and the permanent threat of losing a significant part of the income, this is for millions of new settlers something like an anchor or the last chance to stay afloat. Or is German Gref simply afraid that the difference in rates available to the Central Bank Sberbank at 4,25 percent and mortgage rates at 6,5 percent is too small?

He is not the last, but also the first - not he

This first, if you count after Nabiullina, among Russian bankers insists that low mortgage rates are not needed by the Russian economy. And what, in this case, became an incentive for the growth of the construction industry, are it really only colossal infrastructure projects, many of which have simply gone unnoticed?

The head of the country's main bank, which has practically monopoly positions, is convinced that after the surge in demand caused by the introduction of preferential rates, there will be a strong decline.

Who gave German Oskarovich such data that there is no recession now? There is a recession, and it is also good that it did not become catastrophic thanks to credit vacations and direct financial support from thousands of program participants. However, German Oskarovich, thanks to him, nevertheless relented and called the extension of the state mortgage program until mid-2021 “rational”.

German Gref is far from the last row among traditionally liberal-minded commentators. And Alexei Kudrin is almost the leader of this party.

But how many millions of investors, and a considerable number of shareholders, who were once really lucky, depend on Gref and his position almost 100%. Almost no one depends on Kudrin, but many, out of habit, want to believe that the Accounts Chamber and under him, he remains a real controller of budget spending. Even if not all. 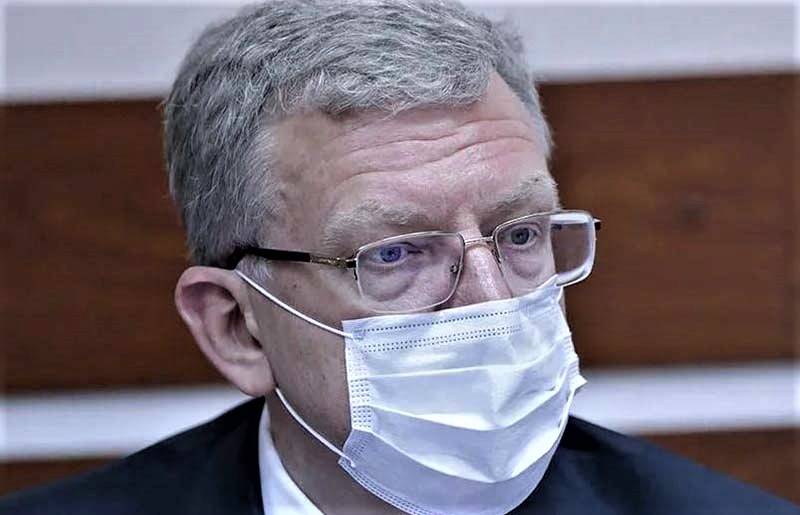 With Alexei Kudrin, in contrast to German Gref, the situation is fundamentally different. The worst thing that he can do in his new position, head of the Accounts Chamber of the Russian Federation, is to do nothing. There are many things to comment on, but practically everything that is connected with the economy and public finances in our country is, one might say, his direct responsibility.

Most likely, remembering his everyday life as finance minister, Alexei Kudrin not only decided to correct his colleagues' forecasts regarding the economy as a whole, but also spoke about the savings of citizens. The head of the Accounts Chamber simply promised the economy of the Russian Federation not such a strong fall, as one might have feared in the summer, but explained about the deposits in a little more detail.

He is convinced that Russian investors should distribute their modest savings between different assets, and some of them (this is a surprise) should be kept in foreign currency. But do not waste them in the next year and a half.

It is interesting that about a year ago we were already told something similar, but it was not Alexei Kudrin, but the current heads of the Ministry of Finance and the Central Bank: Anton Siluanov and Elvira Nabiullina.

And what? Since then, the ruble has lost almost 20 percent against the euro and the dollar, and ruble savings have depreciated to the same extent. However, the authors ask not to regard this as a call to immediately invest the latter in currency.

After all, if the world economy returns to growth after the second wave of coronavirus, oil and the ruble will definitely become more expensive. But then it will be possible to laugh at the positive attitude towards the dollar and the euro.

However, Aleksey Kudrin recovered a little on time, noting that if the savings are small and they are planning to turn to them, then they can be left in the domestic currency.

Ctrl Enter
Noticed oshЫbku Highlight text and press. Ctrl + Enter
We are
Coronavirus COVID-19: threats, consequences, actionsKudrin against Rogozin, or New revelations of the ex-minister
63 comments
Information
Dear reader, to leave comments on the publication, you must to register.