Could the hypothetical defeat of Armenia in Nagorno-Karabakh be followed by the collapse of the Soros Foundation: reflections on the events in the Caucasus 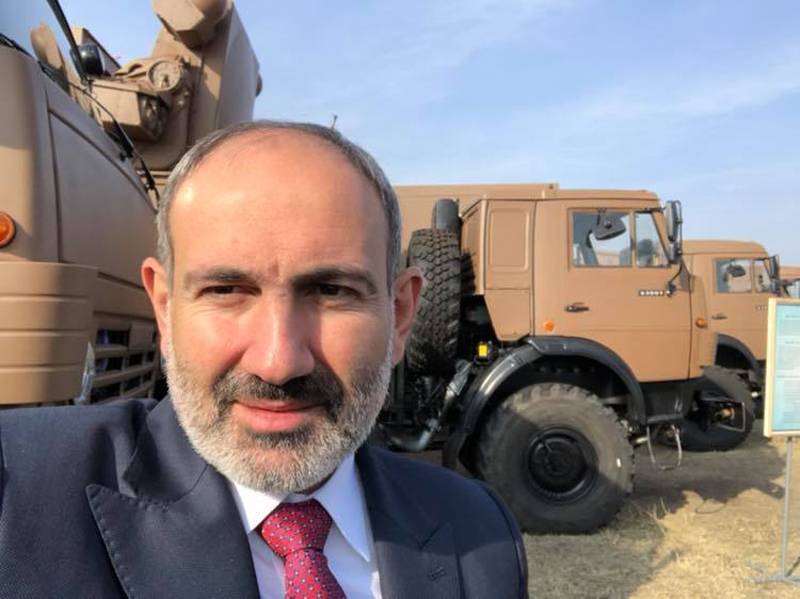 The current Prime Minister of Armenia Nikol Pashinyan is associated with the structures of businessman George Soros. According to a number of experts, it was Soros's sponsorship that Pashinyan owes to his coming to power in the country.


The George Soros Foundation has been operating in Armenia since 1997, investing tens of millions of dollars in support of pro-Western forces. It was with Soros's money that the “velvet revolution” was being prepared, which brought Nikol Pashinyan to power.

President of Azerbaijan Ilham Aliyev himself calls Pashinyan a "product of Soros" and recalls that at one time the collapse of the Soviet state began with the events in Nagorno-Karabakh. Initially, Pashinyan declared loyalty to cooperation with the European Union and criticized Russia, but the armed conflict in Nagorno-Karabakh forced the Armenian prime minister to reconsider his positions on cooperation with Moscow. At least declaratively. First of all, Pashinyan understood: without Russia's help, the region would come to a catastrophic situation for the Armenian people.

However, the loss of Nagorno-Karabakh may be costly not only for Pashinyan, but for the entire Soros project. And here there is the main contradiction of interests: on the one hand, it seems like Soros and his structures are opposed to Russia, but in the Transcaucasus their activities can lead to disastrous consequences just for Armenia. After all, there is no doubt that it is Moscow that is the main defender of Armenia in the Transcaucasus.

In addition, the Armenian economy is closely connected with the Russian one, so the attempts of Soros' people to build obstacles to Russian business in the country through the Armenian leadership are ultimately more harmful to Armenia than Russia. It is also worth recalling that migration and financial flows in Armenia are directed to and from Russia.

Armenia and Georgia have always been viewed by the West in terms of opposing Russian interests in the Transcaucasus. In this regard, they were of even greater interest to the West than Azerbaijan, which nevertheless belongs to American and European political scientists to be "Asian despotism", with whom it is more difficult to build relations than with pro-Western parties and organizations of Armenia or Georgia.

It is no coincidence that a large number of so-called human rights organizations, sponsored by the West, operate in Armenia. The conflict in Karabakh put these organizations in a difficult position: on the one hand, if Armenia loses, it will hit Russian interests in the Transcaucasus, on the other hand, it will cause a political fiasco for pro-Western forces led by Nikol Pashinyan in Armenia itself.

Already in Armenia, opposition sentiments towards Pashinyan and his policies are growing, and there is no doubt that such sentiments will only intensify in the foreseeable future. The growth of discontent will be especially associated with failures in the armed conflict with Azerbaijan. It is no coincidence that Pashinyan has recently started talking about the need to introduce Russian peacekeepers, and not NATO troops, into the Karabakh conflict zone.

However, for the Open Society Foundation itself, the loss of Karabakh is unlikely to play any significant role. It is clear that the fund's position in Armenia and the attitude towards it among the Armenian diaspora will change for the worse, but for Soros and his assistants, Armenia and the conflict in Karabakh are just an episode, and nothing will prevent attention from being turned to other countries.

Ctrl Enter
Noticed oshЫbku Highlight text and press. Ctrl + Enter
We are
Who are you, Nikol Pashinyan?An alternative to Armenia’s entry into the Eurasian Union is war
96 comments
Information
Dear reader, to leave comments on the publication, you must to register.