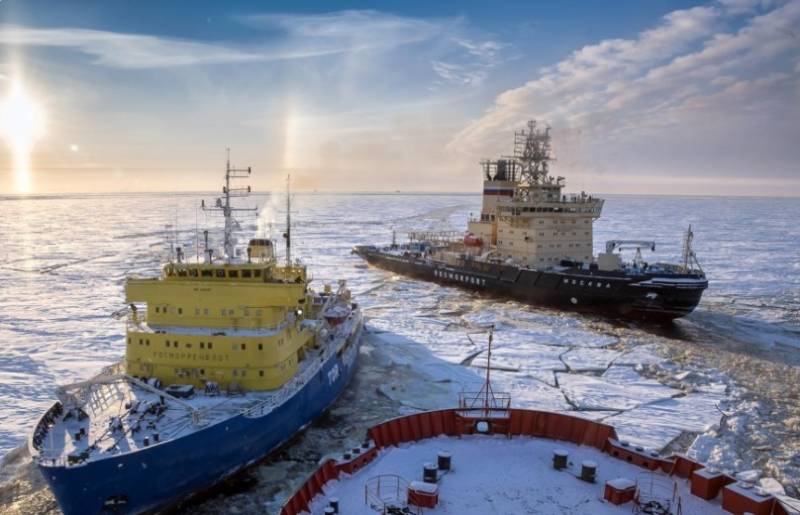 The PRC is in dire need of the Arctic. There she is interested not only in access to the Northern Sea Route, but also in rich deposits of oil, gas, coal and other minerals.


Felix Hayk discusses this in an article published in the German newspaper Die Zeit.

Although China considers itself an “almost Arctic power,” its northernmost port, Dalian, is 5700 kilometers from the North Pole. Therefore, in order to implement its strategy of creating a northern branch of the Great Silk Road, China buys access to the Arctic from the Russian Federation. Beijing is trying to strengthen partnerships with our country in order to gain a foothold in the High North.

It is assumed that the Arctic contains many undeveloped and even undiscovered deposits of energy and other minerals. For the sake of access to them, China is ready to invest in the infrastructure of Russia's northern regions.

With regard to the Northern Sea Route, Beijing understands that this is the shortest route for delivering goods from East Asia to European countries. And although there is a noticeable warming of the climate in the Arctic, it may be premature to talk about a year-round transit route. It seems that the main purpose of the Arctic sea routes at this stage will be the delivery of Russian LNG from the Arctic zone of Russia to Europe and Asia.

The investment of Chinese capital in the Russian Far North is currently in the interests of our country. After all, both the development of the Arctic and the expansion of markets for energy carriers are beneficial for us.

In fact, mutual economic benefit plays the main role in Russian-Chinese relations. The state interests of the two countries at this stage do not come into conflict, but one should not try to discern in this something more than banal pragmatism.

The relationship between the two countries was very accurately described by expert Elena Legarda from the Institute of Chinese Studies:

China and Russia are not allies, but partners.

Ctrl Enter
Noticed oshЫbku Highlight text and press. Ctrl + Enter
We are
Speech by Vladimir Putin on the "Valdai""Izborsk Club" proposed the idea of ​​"Big Tug" of Russia
60 comments
Information
Dear reader, to leave comments on the publication, you must to register.