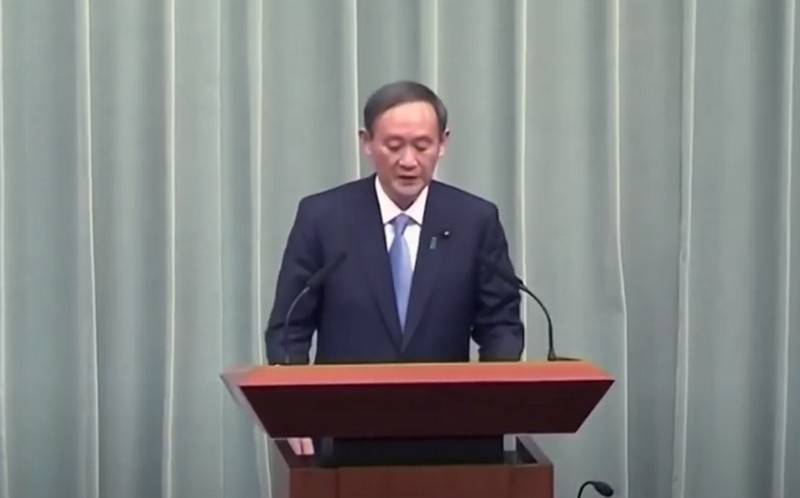 The new Japanese Prime Minister Yoshihide Suga intends to put an end to the fate of the Northern Territories by completing negotiations with Russia in favor of Japan, as well as to conclude a Russian-Japanese peace treaty. He stated this on Monday, speaking in parliament. It was broadcast by national public television.


In his first keynote speech, Suga promised to strive for the comprehensive development of relations with Russia, including the signing of a peace treaty, and he also promised to complete negotiations on the southern Kuril Islands in Japan's favor.

It is necessary to put a final point in the negotiations on the northern territories, not postponing it until the next generations. Through frank dialogue at the level of senior leaders, I will strive for the all-round development of relations with Russia, including the signing of a peace treaty
- he said.

Yoshihide Suga succeeded Shinzo Abe as Prime Minister, who resigned due to illness.

The new Japanese prime minister has already held a telephone conversation with the Russian president, in which the issue of the southern part of the Kuril ridge was raised. The parties agreed to continue negotiations on the conclusion of a peace treaty between the countries, relying on the joint Soviet-Japanese declaration of 1956.

Recall that Japan claims the islands of Kunashir, Shikotan, Iturup and Habomai, considering them its "northern territories". The position of Russia is that the islands became part of the USSR as a result of World War II and the sovereignty of the Russian Federation over them is beyond doubt.
Ctrl Enter
Noticed oshЫbku Highlight text and press. Ctrl + Enter
We are
Putin himself raised the issue of "northern territories" - Japanese pressJapan elected new prime minister
123 comments
Information
Dear reader, to leave comments on the publication, you must to register.