"In Iraq and Afghanistan, the British needed, but now they don't": British legionnaires are denied residence permits 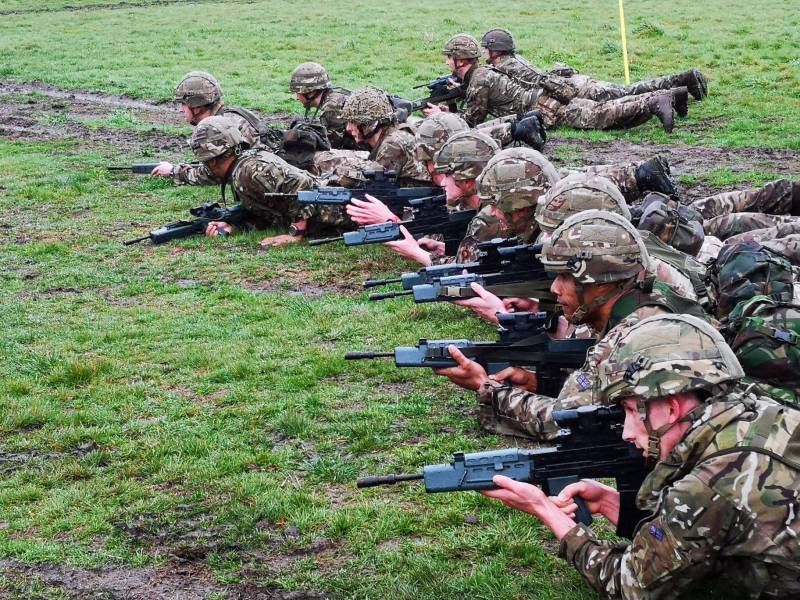 In Britain, a scandal is gaining momentum related to the procedure for obtaining a British residence permit and, in the future, simplified obtaining citizenship for legionnaires. We are talking about citizens of a number of foreign countries, whom London attracts to serve in the British army. After four years of such service, foreign nationals are granted a residence permit in the United Kingdom and the procedure for obtaining a British passport is launched. To do this, you need to apply for a minimum of 2,3 thousand pounds.


The scandal is connected with the fact that eight servicemen of the British army - immigrants from the state of Fiji - were, in fact, deceived. These people were recruited into the operations of the British army in Iraq and Afghanistan. And when the period of service required to obtain a residence permit in Great Britain expired, the authorities of the kingdom announced that "they no longer need services" and that "Fijians should return to their homes." The formal reason was that they "did not timely deposit funds when submitting an application."

The soldiers were outraged by this formulation and the factual deception by British officials. From the statement of one of the defrauded servicemen:

We have experienced the most real discrimination. When it was required to go to the zones of armed conflicts, "hot spots" - to Iraq and Afghanistan, when it was required to fight with ISIS (a terrorist group banned in the Russian Federation), the British needed it, but now they do not. As soon as we declared our rights, a refusal immediately followed.
It was noted that the refusal followed both the British Interior Ministry and the Defense Ministry.

According to the latest information, the case has reached the Supreme Court.

The situation was aggravated by the fact that one of the Fijian soldiers in the British army in the United Kingdom had a daughter. Some time after birth, she received British citizenship, and her father, a military man, has not yet received it. The girl did not see her father for several years due to the complexities of British immigration law. He was simply banned from entering the country "due to violations of the migration regime." In other words, the British command prefers to see such soldiers in the British army exclusively away from British borders ...

Another soldier from Fiji is also seeking justice, who was wounded back in 2010, being part of the British military contingent in Afghanistan. The soldier, who had been undergoing treatment for a long time, could not find the 2,3 pounds needed to apply for a residence permit. As a result, he was sent back to Fiji, where he is not entitled to a disability pension, as he participated in hostilities outside Fiji, in addition to the army of a foreign state.

Ctrl Enter
Noticed oshЫbku Highlight text and press. Ctrl + Enter
We are
Reports from the militia of New Russia for 27-28 September 2014 of the yearYuri Drozdov: Russia prepared the role of the sacrificial calf
43 comments
Information
Dear reader, to leave comments on the publication, you must to register.