Russian-Turkish relations in the era "before Erdogan" 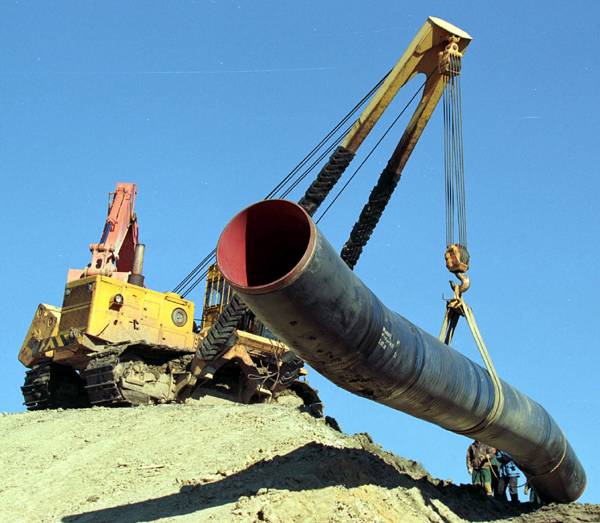 The rather complicated and confusing stage of relations between Moscow and Ankara, which has lasted more than a decade and a half, is rightly called the era of Putin and Erdogan. Tellingly, domestic media review articles on the Russian-Turkish issue begin with tongue twisters about the times of sultans and empires, and then go directly to contacts between the two current leaders of our countries. However, there was something before Erdogan and Putin.


At the official level, the countdown should start from the moment of signing in Moscow on May 25, 1992 of the Treaty on the Basics of Relations between our countries. But documents are one thing, and life is somewhat different. It should be noted that then (as, indeed, in all centuries) the real situation was very difficult. Taking advantage of the collapse of the USSR, like many other countries, Turkey began to increase its influence in the Central Asian and, above all, in the Caucasus region.

If someone believes that neo-Ottoman manners are the prerogative of Erdogan alone, then it is in vain. The then president of the country, Turgut Orzal, swung to the creation of a "Turkic world", which, in his opinion, was supposed to "dominate the whole of Eurasia: from the Balkans to the Great Wall of China." Therefore, the era "before Erdogan" in this regard was not much different from what Turkey is promoting now. And this was no idle chatter: there was a special ministry in Ankara for relations with the Turkic-speaking republics of the CIS, and its head made very frank statements that did not arouse the slightest understanding in Moscow.

In particular, this high-ranking official announced that since Turkey is the successor to the Ottoman Empire, why shouldn't it, using the opportunity, create a union union, which could include Azerbaijan, Kazakhstan, Kyrgyzstan, Uzbekistan and Turkmenistan. The fact that such geopolitical demarches would inevitably lead to the most severe confrontation with Russia did not bother him much. Fortunately, nothing happened. However, against the background of such plans, no one would dare to call the friendly relations between Moscow and Ankara.

Yes, contacts were maintained, but they were, to put it mildly, strained. This was greatly facilitated by the outbreak of the first Chechen war. At the end of 1996, the visit to Moscow of the head of the Turkish Foreign Ministry Tansu Ciller and his meeting with his Russian counterpart Yevgeny Primakov and the head of the government Viktor Chernomyrdin almost ended in a grandiose scandal. The host country began to more than transparently hint to the guest from Ankara about his country's involvement in supplies to Chechnya. weapons and mercenaries, and he, in turn, began to pour out similar reproaches regarding the sale of Russian air defense systems to Cyprus.

Were the suspicions about the "Turkish trace" in supporting the militants in the Caucasus justified? Let's be frank: more than ... What is characteristic, at first taking an "objective and positive position" in relation to the conflict that broke out there (according to the Russian Foreign Ministry), Ankara quickly slipped into unconditional support for the Chechen separatists. However, the initial restraint was caused not by any friendly motives, but by the problems that Ankara had and has from the representatives of the Kurdish Workers' Party, possessed by the same desire to chop off a piece from it, as the Chechen extremists who were striving for "independence"

However, for the Islamists who significantly strengthened their positions in Turkey in 1996-1997, this did not matter. Of course, you cannot find exact figures regarding the number of Turks who fought for "free Ichkeria", but we can definitely say that they were talking about thousands of people who fought against our troops with weapons in their hands. Moreover, both in the training of militants and directly in subversive activities on Russian territory, regular officers of the Turkish army and special services took part. There is no doubt about such moments as the material and financial "support" of terrorists from Ankara.

Be that as it may, but in Moscow it was decided that it would be better not to confront with Turkey, but to establish economic cooperation. An important point here at the end of 1997 was the visit of Viktor Chernomyrdin to this country, who managed to agree on many things with his Turkish counterpart Mesut Yilmaz. Nevertheless, then the matter did not go beyond general phrases about "increasing confidence" and "mutual respect for territorial integrity". Two years later, the next Turkish Prime Minister Bulent Ecevit arrived in Moscow as a "turning point". It was then that the documents on the Blue Stream construction project were signed, which connected the two countries with truly strong economic ties.

With this gas pipeline, too, everything turned out far from easy: the United States made every effort to disrupt its construction. Nevertheless, the “ice” in relations between Ankara and Moscow was melting more and more intensively, which was largely facilitated by the arrival in the Kremlin in 2000 of Vladimir Putin, who initially sought to pursue the most flexible policy towards Turkey. Ultimately, at the 56th session of the UN General Assembly in New York, the foreign ministers of the two countries signed an Action Plan for the Development of Cooperation between the Russian Federation and the Republic of Turkey in Eurasia. The main words in this document were the words about "the transition of Russian-Turkish relations from bilateral cooperation to a multifaceted partnership."

Good-neighborly and fruitful contacts between the countries, according to many experts, with the coming to power of Recep Erdogan (first as Prime Minister and then as President of Turkey) received a new impetus and rose to a much higher level. Just one must admit that lately this leader, clearly suffering from ambitions somewhat disproportionate to reality, is increasingly giving out such "impulses" that can end very badly. Well, it was not Erdogan that started Russian-Turkish relations, and it is not Erdogan that will end ...

Ctrl Enter
Noticed oshЫbku Highlight text and press. Ctrl + Enter
We are
A great interview with Sergey Lavrov: about Ukraine, Obama and IranWhat you didn't want to know about England
37 comments
Information
Dear reader, to leave comments on the publication, you must to register.