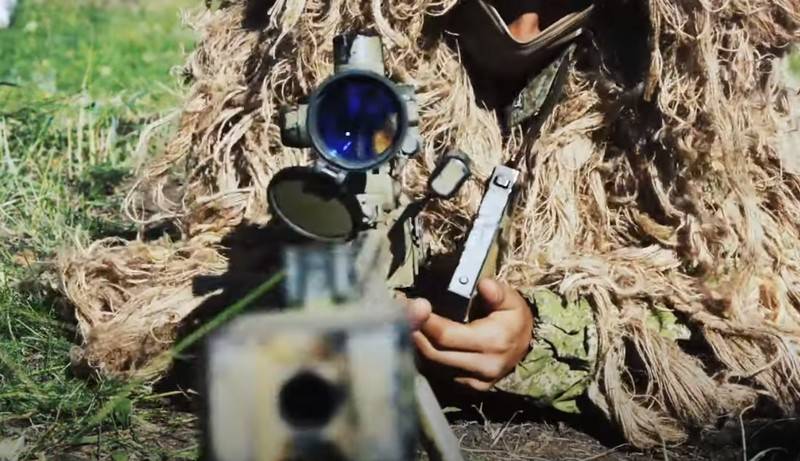 The reconnaissance units of the combined-arms army of the Southern Military District, stationed in Karachay-Cherkessia, received Kord-M large-caliber sniper rifles and modernized SVD. The press service of the district reports.

The arsenal of the mountain reconnaissance unit of the combined-arms army of the Southern Military District, stationed in Karachay-Cherkessia, was replenished with the latest modernized rifle weapons... A batch of modernized SVD-M sniper rifles and an army large-caliber sniper rifle ASVK-M "Kord-M" entered service with snipers
- reported in the district.

The press service specified that the ASVK-M "Kord-M" large-caliber rifle is included in the "Ratnik" equipment and is designed to defeat enemy manpower in personal protective equipment, lightly armored vehicles and various technical means.

The weapon allows you to conduct an effective fight against enemy snipers, to ensure the defense of large territories, as well as the coast, from small vessels.

ASVK 6V7 "Kord" of 12,7 mm caliber was put into service in 2013, after modernization it penetrates the armor of an armored personnel carrier at a distance of 50 to 100 meters. The effective range is up to 2 km.

In addition, the reconnaissance armament was replenished with the modernized Kalashnikov AK-74M assault rifles with the KM-AK "Obves" kit.

The kit “Bodykit” includes an upper bracket with a Picatinny rail, a telescopic butt with an adjustable cheek, an anatomical pistol grip, a removable tactical front grip, a flame arrester, an arm for attaching a flashlight, a laser target designator and other auxiliary equipment. At the same time, it remains possible to mount a bayonet-knife and a barrel grenade launcher.

An assault rifle with a kit of modernization “Body kit” is included in the combat equipment of a military man “Ratnik” as an element of a promising equipment complex.
Ctrl Enter
Noticed oshЫbku Highlight text and press. Ctrl + Enter
We are
Summary of the week from voenkor Mag about events in the DNI and LC 14.12.18 - 20.12.18Summary of events in the DNI and LC during the week from the military commissar "Mag" (20.10.18 - 26.10.18)
69 comments
Information
Dear reader, to leave comments on the publication, you must to register.