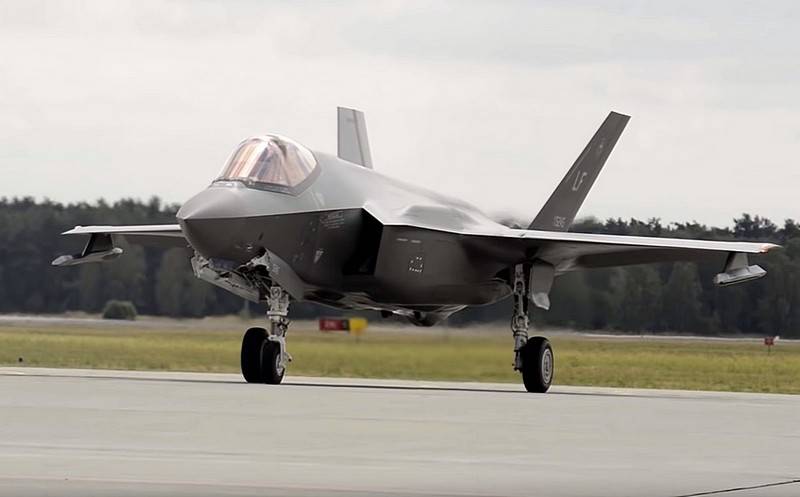 The fifth generation fighter F-35 Lightning II is the only aircraft capable of withstanding Russian troops in the event of a possible military conflict in Europe. This is stated in the report of the American strategic think tank RAND, according to Defense News.


According to the report, the F-35 fighter will become the main fighter in Europe in the future, the main task of which will be to confront Russia.

NATO's capabilities in intense conflict with Russia will improve with hundreds of fifth-generation fighters in the 2020s
- the document says.

It is argued that in the event of the outbreak of hostilities, the F-35 will be able to penetrate the Russian air defense systems, "making a significant combat contribution from the first hours." A military conflict may arise, according to American analysts, if Moscow, taking advantage of the "imbalance in the region", tries to occupy any part of NATO territory.

Thus, the European countries that have already signed a contract for the supply of the F-35 are improving their air forces in order to conduct joint operations of the new fighter in the future.

At the same time, the report emphasizes that modern aviation European countries that are not armed with fifth-generation F-35 fighters are "incapable of breaking through Russian air defense."

(...) the possibilities of breaking through the Russian air defense by the combat aviation of European countries that do not have fifth generation fighters, in particular France and Germany, are limited
- approved in the report.
Ctrl Enter
Noticed oshЫbku Highlight text and press. Ctrl + Enter
We are
Who will contain Russia: after the RAND headquarters game, the military strengthening of Romania beginsRussia is taken to the Golden Billion
52 comments
Information
Dear reader, to leave comments on the publication, you must to register.