"We are advancing in accordance with the operational plan": fighting continues in Karabakh along the entire line of contact 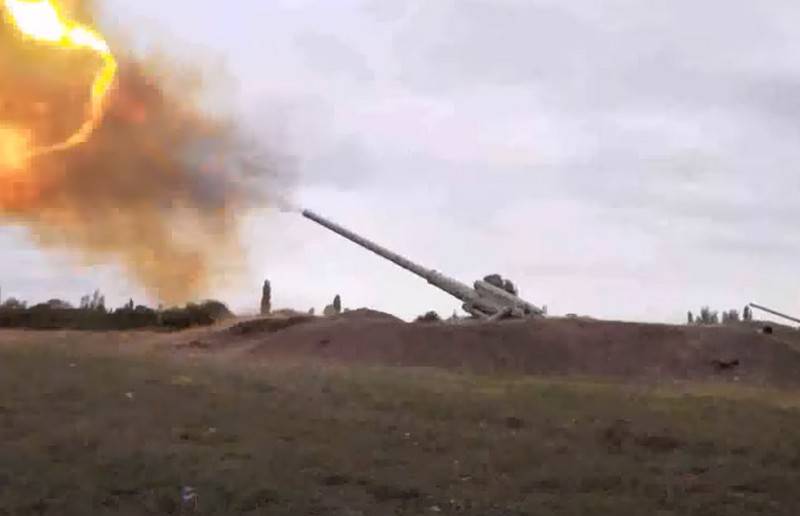 Local battles continue on all lines of contact, the enemy is shelling settlements, including Stepanakert, the Defense Army of the unrecognized Nagorno-Karabakh Republic reports.

Currently, local battles are going on in all directions of the front line. The units of the defense army successfully suppress the offensive actions of the enemy, while maintaining control over the operational-tactical situation. In the evening, once again grossly violating the norms of international humanitarian law, the enemy fired at peaceful settlements, including the capital Stepanakert
- said in a statement.

According to the press service, the situation on the line of contact remains tense, artillery shelling continues.

It is also reported about the completion of the cleansing of a number of settlements in the east of Karabakh from Azerbaijani sabotage groups.

The settlements of Shekher, Jivanik, nearby villages and forest areas were cleared of enemy sabotage groups. In some areas, cleaning work is still ongoing. All attack attempts have failed. The enemy was thrown back with significant losses
- said the official representative of the NKR Army.

In turn, the Ministry of Defense of Azerbaijan reports on the seizure of a number of strategic heights in the territory of Karabakh under control. It is specified that the Azerbaijani army continues military operations in certain areas "in accordance with the operational plan."

During the day on October 23 and on the night of October 24, hostilities in the Agderinsk, Khojavend, Fizuli, Gadrut and Gubadli areas of the front continued with varying intensity. The enemy fired on the defensive positions of the Azerbaijani Army from a rifle weapons, mortars and guns
- stated in the military.

At the same time, Baku denied the message of the Armenian Defense Ministry on the destruction of a unit of Azerbaijani special forces in the south of Karabakh.

The information disseminated by the Armenian side about the alleged destruction of a large unit of Azerbaijani special forces is the product of disturbing night dreams of representatives of the Ministry of Defense of this country
- said in a statement.
Ctrl Enter
Noticed oshЫbku Highlight text and press. Ctrl + Enter
We are
Reports from the militia of New Russia for 20-21 September 2014 of the yearNew war in the Caucasus be?
228 comments
Information
Dear reader, to leave comments on the publication, you must to register.