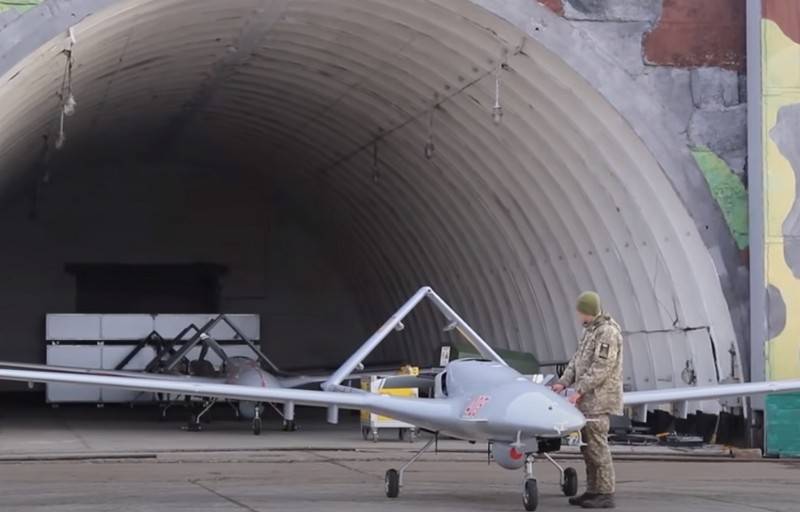 Ukraine intends to produce Turkish Bayraktar drones on its territory; currently, a site is being selected for organizing the corresponding production. This was announced by Oleg Urusky, Vice-Premier for Strategic Industries of Ukraine.

The Turkish side is ready to make an investment. They need from us a site with the appropriate requirements, on which they will build an enterprise, which will eventually produce these devices.
- he said.

According to Urusky, earlier the Turks wanted to place the production of their drones at one of the enterprises of Ukroboronprom, but recently changed their mind and announced their readiness to build a separate enterprise. He stressed that Ukrainian engineers and workers will work on it, and the enterprise itself will have the right to sell drones both in the Ukrainian and other markets.

In addition, Kiev and Ankara are considering the possibility of creating several joint ventures for the production of anti-tank systems, aviation engines for UAVs, helicopters and airplanes. The option of building a series of Turkish corvettes for the Ukrainian Navy is also being considered.

At the same time, Urusky admitted that it is impossible to resume production of An-124 Ruslan aircraft in Ukraine.

We cannot build new ones ("Ruslans" - approx.)
- he said.
Ctrl Enter
Noticed oshЫbku Highlight text and press. Ctrl + Enter
We are
Kiev offered to help the American defense industry in creating a domestic rocket engineReports from the militia of New Russia for 27-28 September 2014 of the year
127 comments
Information
Dear reader, to leave comments on the publication, you must to register.