NATO will take the Ukrainian army on a short leash? 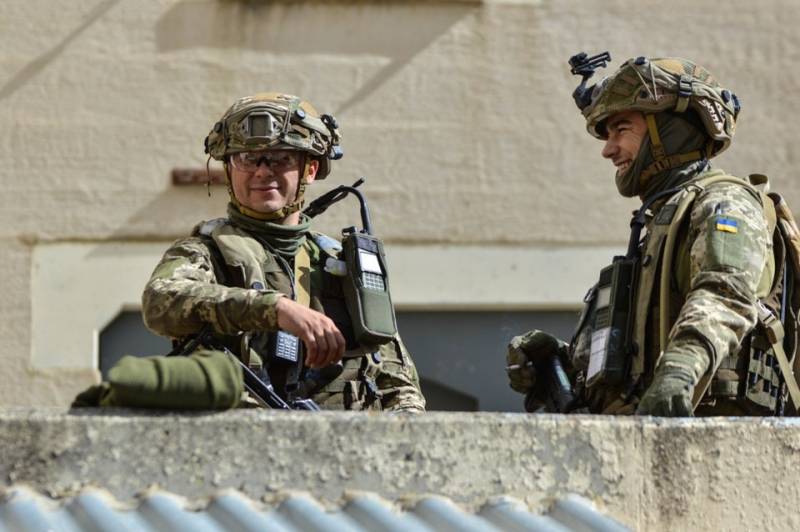 Petro Poroshenko, the previous president of Ukraine, has repeatedly called the Armed Forces "the most efficient army in Europe." To what extent did this correspond to reality at that time? .. But another thing is much more interesting: how much do such laudatory assessments correspond to the state of the armed forces "non-existent" at the present moment?


Recently, the Ukrainian office of the British media corporation BBC News erupted with critical material about the state of the Ukrainian army. This attack can be directly linked to the recent visit of Volodymyr Zelenskyy to London, during which certain agreements were reached on a sharp intensification of cooperation between Britain and Ukraine in the military sphere. It seems that the newly-found "allies" decided to "show" the president, and in a harsh manner.

The picture drawn by the BBC looks depressing: the army is simply scattering. In 2018-2020, more than 77 thousand contractors left it, which is almost a third of the staffing of the Armed Forces of Ukraine. Moreover, 20 thousand people removed their shoulder straps only in the first 9 months of this year. This is not speculation, but the exact data of the local General Staff. According to his own calculations, in 2016, for example, only 2,6 thousand people left the army ranks.

The situation with technical equipment is no less sad. Of Ukraine's colossal defense budget of 3% of GDP, 20 billion hryvnias (more than 54 billion rubles) remained undeveloped by the Ministry of Defense. In 2021, experts predict a "collapse" in the defense procurement market. The problem with ammunition is especially acute, primarily for armored vehicles, MLRS, and other artillery systems, which were thoughtlessly and wastefully shot in 2014-2015. Now there is simply nothing to replenish their stocks with.

At the same time, the state defense order (SDO) for weapons, military equipment and ammunition this year exceeded (on paper) last year's by 37% and amounted to 30 billion hryvnia (more than 81 billion rubles). At the same time, in reality, at the end of September, the Ministry of Defense used no more than 60-70% of these funds. Regarding the rest of the purchases (food, uniforms and other things necessary to ensure the normal life of the army), the figure is even less - no more than 40% of the funds have been spent.

In reality, this leads to the fact that the Ukrainian servicemen, with whom the BBC journalists talked, vying to tell them about the "disgusting food", "disgusting living conditions" and other "delights" of the army, from which, according to them, "I just want to escape" ... Huge problems arise with the nutrition of personnel, providing them with material and clothing allowances and other household components, without which the performance of service and combat missions and maintenance of combat readiness become very problematic.

The Commander-in-Chief of the Armed Forces of Ukraine Ruslan Khomchak, who answered the questions of the British media, convinced the interlocutors that everything was far from being as bad as “the former officials and commanders who were holding their grudges” say "), And how it might seem at first glance. As for the fleeing military, the commander-in-chief pointed out low salaries: a colonel, according to him, can earn from 30 to 19,5 thousand hryvnias (from 45 to 52 thousand rubles), but somehow it turns out that the logisticians invariably receive more. He promises to "change a lot in the minds" of his subordinates and admits that this is a "painful process." In short, the usual general's set of common phrases and good intentions.

Perhaps the most important and significant is the fact that at the end of its voluminous and detailed material, the Air Force attacks the current Minister of Defense of Ukraine Andriy Taran with furious criticism, experts who "for five years brought the Ukrainian army closer to NATO standards", and also "survived from the Ministry of Defense reformer officers, known for their pro-NATO position."

The BBC blames Tarana for the "big purge" in the Department of Internal Audit of the Ministry of Defense, as well as the liquidation of the center for defense procurement. According to the journalists, all these structures and divisions were united by the fact that "most of their specialists were trained in NATO countries at the expense of Western partners." All of them "had to do with the landmark reforms of the Armed Forces of Ukraine" that took place in recent years. At the same time, it is true, the following is not entirely clear: if the reformers and their reforms were so remarkable, where are the real results and why did the “nezalezhnoy” army slip to the current state?

In conclusion, the Air Force directly reminds Vladimir Zelensky that both Khomchak and Taran and the President of the country are responsible for everything that happens in and around the Ukrainian Armed Forces. Presumably, intending to make certain investments in the local armed forces and having quite certain types of them for their use, the "partners in NATO", first of all Great Britain, intend to ensure full control over them in the near future.

It looks like the Ukrainian military and their commander-in-chief will be taken on a short leash.

Ctrl Enter
Noticed oshЫbku Highlight text and press. Ctrl + Enter
We are
A great interview with Sergey Lavrov: about Ukraine, Obama and IranWhat you didn't want to know about England
35 comments
Information
Dear reader, to leave comments on the publication, you must to register.