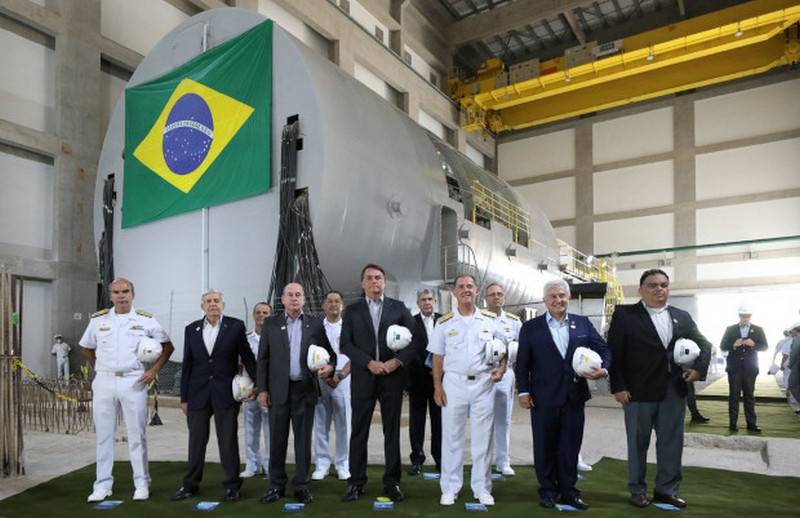 Brazil has begun assembling a prototype nuclear reactor designed for a promising nuclear submarine of the PROSUB project. As reported by NPlus1, the assembly is taking place at the Brazilian Aramar Experimental Center in Ipero, São Paulo state.


The Brazilian Ministry of Defense reported that the assembly of the reactor, as well as all accompanying units, is being carried out in a building that simulates the reactor compartment of a nuclear submarine being developed. The reactor is also planned to be tested in this simulation building.

As the newspaper writes, Brazil has been developing its own nuclear submarine since 2008. The construction of the nuclear submarine itself, dubbed Alvaro Alberto, began in 2018. The project is based on the French-made diesel-electric submarines of the Scorpion project, since France in 2009 transferred to Brazil all the technologies of the Scorpion project, in addition to four submarines of this project being built at Brazilian shipyards.

It is planned that the new Brazilian nuclear submarine will be multipurpose. The submarine with a displacement of 6 thousand tons with a length of 100 meters and a width of 9,8 meters will receive a nuclear reactor with a capacity of 48 megawatts. The declared underwater speed is 25 knots, the diving depth is up to 350 meters. As weapons declared anti-ship and cruise missiles, as well as six torpedo tubes of 533 mm caliber.

Ctrl Enter
Noticed oshЫbku Highlight text and press. Ctrl + Enter
We are
Reports from the militia of New Russia for 27-28 September 2014 of the yearThe Dangerous Future of US Strategic Forces (PetroleumWorld, Venezuela)
44 comments
Information
Dear reader, to leave comments on the publication, you must to register.