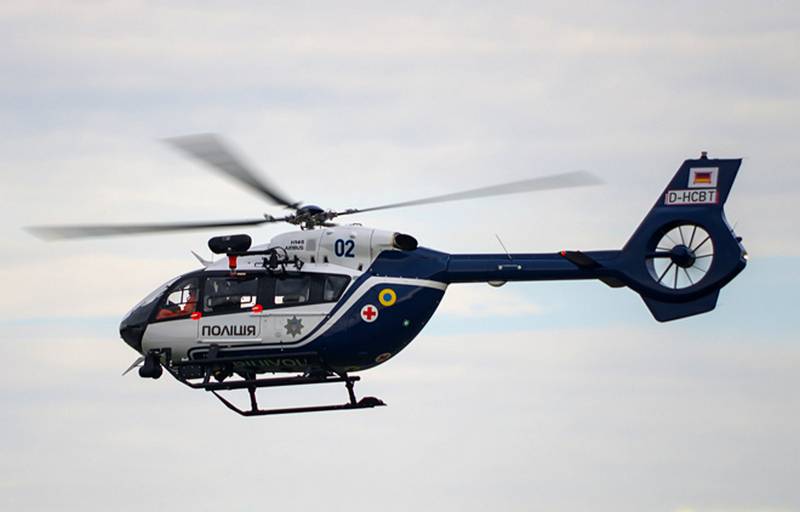 
According to the report, both helicopters arrived in Kiev from the German city of Donavyurt, having made an independent flight. The helicopters numbered 01 "blue" and 02 "blue" will be supplied to equip the aviation detachment of the Ministry of Internal Affairs of Ukraine.

According to information published by the Ukrainian military portal, both helicopters were built in 2020, before being delivered to Ukraine, they were used in Germany to train Ukrainian pilots and technical personnel. These rotorcraft are delivered in the H145D2 version with the possibility of upgrading to the H145D3 level (five-bladed propeller and increased load).

According to the contract, Kiev should receive eight more H145 helicopters by August 2021. It is assumed that all of them will be delivered already in an improved version of the H145D3.