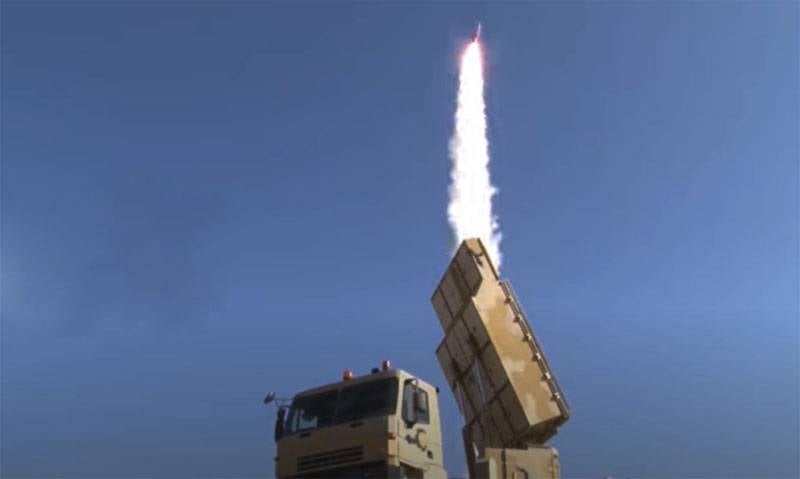 Against the backdrop of the ongoing military conflict in Nagorno-Karabakh, Iran decided to conduct large-scale military exercises, while simultaneously testing the combat effectiveness and level of training of its army. However, the aim was also to show a number of new armory products developed by Tehran.


In the course of recent maneuvers, the Iranian army tested its latest anti-aircraft missile system - the Bavar-373 system. According to Iranian military engineers, this product, which has been in operation since last year, "is comparable in its characteristics and functionality with Russian counterparts, including the S-400." On what grounds the Iranian military determined this is an open question.

The Bavar-373 is a long-range anti-aircraft system with a kill zone of about 300 km in range and about 27 km in height. The targets can be both aircraft and ballistic missiles. The system has two launchers, each containing the Iranian Sayyad-4 missile. SAM is capable of simultaneously detecting up to 300 targets, tracking 60 objects and hitting 6 targets.

The chassis is an 8 × 8 automotive platform.

It is possible that additional guidance of the air defense system at targets is planned using the integrated Misaq radar system, the transfer of which to the Iranian army was timed to coincide with the exercises. It is designed to interact between various radars, coordinating their work. It is likely that one of them will be the high-precision Soroush radar, also presented at the designated maneuvers. As explained by the Iranian media, he is going to equip anti-aircraft artillery units. The radar is capable of detecting aircraft at low and medium altitudes within a radius of 220 km in all weather conditions.

Ctrl Enter
Noticed oshЫbku Highlight text and press. Ctrl + Enter
We are
China appreciates Iranian "analogue C-300" with a new version of anti-aircraft missilesAfter a year and a half, Iran will deploy a missile defense system from C-300 analogues
53 comments
Information
Dear reader, to leave comments on the publication, you must to register.