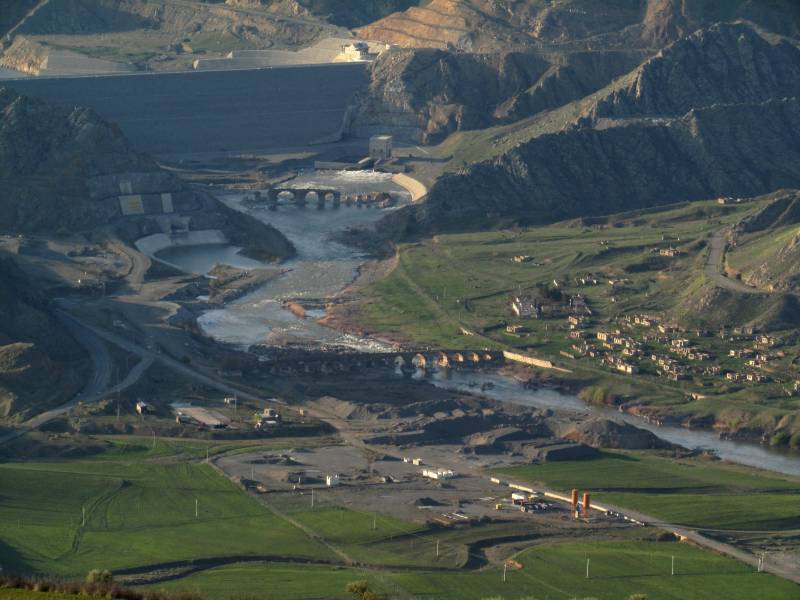 Against the background of the next round of peace talks held in Moscow at the level of the heads of the diplomatic departments of Yerevan and Baku, held with the participation of representatives of our country, hostilities continue around Nagorno-Karabakh, not only not subsiding, but becoming more and more fierce. The impression is beginning to emerge that reconciliation between the final "bitters" in their desire to cut the "knot" that cannot be untied by the parties to the conflict is impossible in principle. Is it so?


We can say that the answer to this question is the last words of the Prime Minister of Armenia Nikol Pashinyan, who bluntly stated that "at this stage the problem of Nagorno-Karabakh has no diplomatic solution." Moreover, as he specified, "it will not have for a long time." Such categorical statements sound rather strange taking into account the real situation that is taking shape today on the Armenian-Azerbaijani front. The situation is clearly not in favor of Yerevan and threatens to worsen even more in the very near future.

So far, the efforts of the Azerbaijani army to encircle Nagorno-Karabakh and completely cut it off from Armenia can be considered very successful. The advancement of its units in Fizuli, Jabrayil, Khojavend and Zangilan regions, taking control of 24 villages and the city of Zangilan (according to Baku data) looks like a convincing military success. Such actions make one believe that the Azerbaijanis will also be able to fulfill the task of cutting the Lachin corridor, which is vital for the NKR, after which its connection with Armenia will actually be interrupted. The next stage of the offensive operation may be the assault on Stepanakert.

Naturally, in this situation, Ilham Aliyev is not inclined to conclude any agreements on peace, at least on the basis of those positions that at least minimally suit his opponents. At the moment, there are strong suspicions that even having sat down with the Armenians at the negotiating table, the Azerbaijanis will no longer be satisfied with the return to Baku's authority of the regions that were turned after 1994 into the “security belt” of Nagorno-Karabakh them with considerable strategic success.

Now, having made significant progress and having a clear strategic initiative, the Azerbaijani side may well put forward much tougher demands: for example, about the transfer of control over Shusha to it, located on the heights that are dominant relative to Stepanakert. And this is at least ... It is clear that Yerevan will not fulfill such conditions. If only due to the fact that for any representative of the Armenian government the surrender of Artsakh would mean immediate political suicide. Anyway, this kind of solution. most likely will lead to riots in Armenia.

It is on this basis that Nikol Pashinyan is trying today with all his might to draw Russia into the increasingly hot conflict. Saying that he is “ready to compromise, not surrender” and, in principle, is not averse to talking about peace with Aliyev, but exclusively in Moscow and with the mediation of Vladimir Putin, the Armenian prime minister immediately declares that Russia “is time to start in Nagorno-Karabakh a counter-terrorist operation modeled on Syria. "

Can Armenia and Azerbaijan, who have grabbed and intent on the corners of the ring, seem to fight without rules and to the last blood, the appearance of heavyweights on it, who have not yet intervened in the fight? This is a big question. As soon as Russia, which until now has shown support for the Armenians while maintaining official neutrality, engages in an open battle, Turkey will immediately rush into it, only this, it seems, is waiting. Then, instead of ending the duel between Yerevan and Baku, we will get a wall-to-wall battle with the prospect of a local conflict developing into a big war, or even a global conflict.

Yes, the introduction of Russian peacekeepers into Nagorno-Karabakh (or, ideally, the corresponding contingent of the CSTO countries) would probably calm down the opposing sides and cease fire. If not for Ankara, which is completely uninterested in this. It is ridiculous to talk about the European Union or the United States, deeply mired in their own problems and confining themselves to “expressing deep concern”, as peacekeepers for Nagorno-Karabakh.

Speaking yesterday at the international discussion forum "Valdai", Russian President Vladimir Putin made it clear on whose side the sympathies of our country were on, saying that the bloody strife was initiated by "cruel crimes against the Armenian people." However, he did not fail to mention that Armenia and Azerbaijan are "equal partners" for Moscow, and its position is the status of a mediator equidistant from both sides.

We have to admit: a political solution to this crisis will most likely be impossible until both sides of the conflict come to the conclusion that further hostilities are futile, finally getting bogged down in hopeless bloody positional battles, depleting their resources to the maximum and shedding enough blood. Peace in Nagorno-Karabakh will come only when neither the Armenians nor the Azerbaijanis have the strength to fight for it.

Ctrl Enter
Noticed oshЫbku Highlight text and press. Ctrl + Enter
We are
A great interview with Sergey Lavrov: about Ukraine, Obama and IranWhat you didn't want to know about England
92 comments
Information
Dear reader, to leave comments on the publication, you must to register.