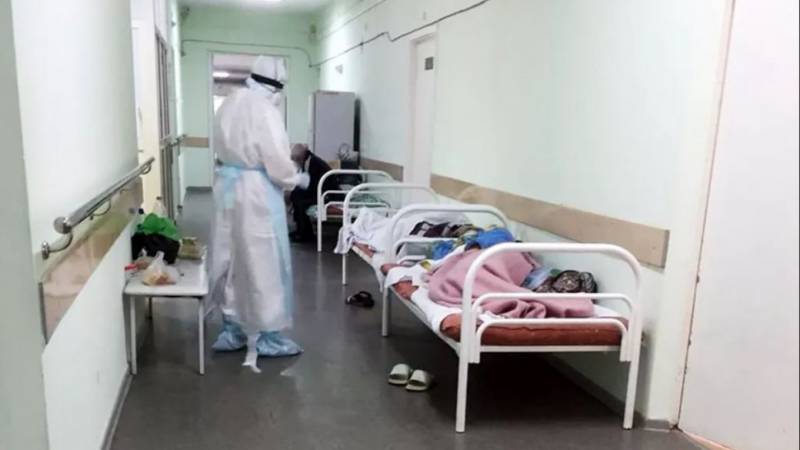 The second wave of COVID-19, which is currently raging in Russia, has raised some questions. It is unclear whether the authorities were able to assess the level of threat during the spring epidemic. In the summer, almost all officials openly declared that the coronavirus had been defeated and that the second wave was hardly worth waiting for. The intensity of restrictions for residents decreased, the country gradually returned to a peaceful course. Nevertheless, the hysteria in the media did not subside, people continued to receive portions of delirium and madness about COVID-19. Inside everyone there was a hope that with the beginning of autumn the terrible pandemic would be forgotten. Like, we are a special country and we follow a special path in almost everything. But the coronavirus returned with renewed vigor in the fall. The number of cases detected daily is approaching 16 thousand. 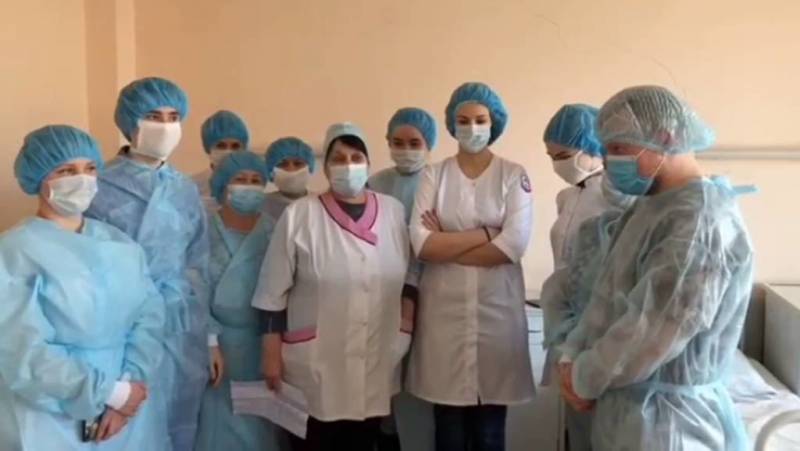 Source: vedomosti.ru
In this regard, commentators are interesting, convincing people that there is no second wave: they say, this is just an increase in the incidence of the first generation. Excuse me, but what then is called the second wave? Should the rates of newly infected with coronavirus drop to zero, then again reach several thousand? But with such a proliferation of testing systems and seasonal outbreaks of SARS, we will never get away from COVID-19. The virus has firmly entered our life and it is possible to finally stop its spread only ... by canceling testing. That is why what is happening now can only be called the second wave of the coronavirus epidemic in Russia.

The wave was provoked by the massive exit of residents to work, children to school, as well as many months of voluntary (and not so) self-isolation. Lack of sun, permanent stress, physical inactivity and the massive use of antibiotics and antiviral drugs for prophylactic purposes have done their job. To maintain immunity in a combat state, a person must constantly receive portions of viruses from the environment. So to speak, hone your skills on a weak opponent. And when the body isolated itself from harmful microorganisms for several months, and even without observing the requirements for a healthy lifestyle, seasonal infections turned out to be much more dangerous than usual. As a result, we are now seeing a very alarming picture: the traditional wave of SARS has synchronized with the increase in the incidence of COVID-19. And the regions in this stories is the hardest.

The pandemic of coronavirus infection clearly once again proved to everyone: the one who is poorer is more often sick. Someone who cannot change the nature of work and go to work remotely, who has not received sufficient education to realize the whole danger. In the situation with the regions of Russia, the picture is largely similar. Moscow and partly St. Petersburg were able to prepare for the second wave, but the rest of the country did not have time. And this is not about talented leaders or an effective state apparatus. The whole point is in much greater financial opportunities. It's like in war: God fights on the side of those who have better artillery. To paraphrase Bonaparte: God is on the side of better equipped hospitals. So the regions of Russia, having barely coped with the spring-summer epidemic, stalled in the fall. It was the initial appearance of "patient zero" in Moscow that saved those who were outside the Moscow Ring Road. In this situation, it was easier to track the spread of the coronavirus, since it was coming from the capital. Now the foci of COVID-19 are all over the country, they immediately flared up in the fall. At the same time, an unambiguous signal came from the center to ban total quarantine, which would somehow mitigate the peak of the epidemic. 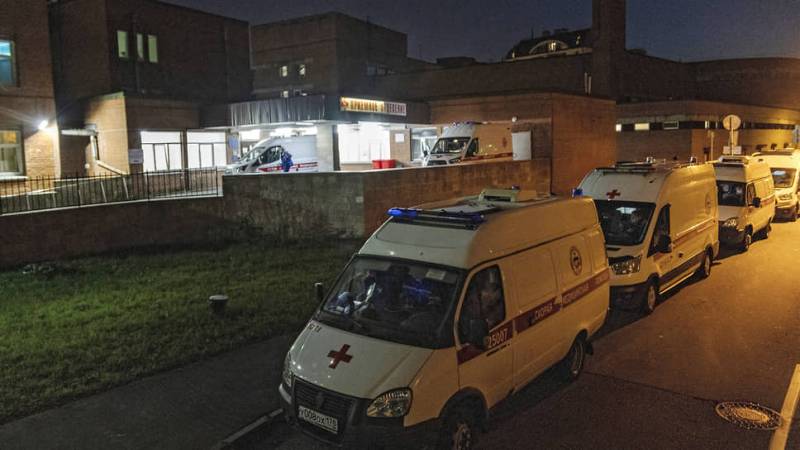 Source: kommersant.ru
So we have to fight the coronavirus all over the country at its last gasp. For about a few weeks now, health and oversight structures have actually given up on contact tracing. At best, only family members are withdrawn for self-isolation, and colleagues of the sick person at work continue to work. And this, of course, has its own logic: if all contacts are isolated, the whole country will go into spontaneous quarantine. The level of medical scrupulousness, unfortunately, decreases as the beds in single hospitals fill up. In addition to the difficulties with isolating potential carriers of coronavirus infection, testing has become more difficult. People wait 10-15 days for the COVID-19 test, when all the incubation periods have expired. At this point I either got sick or not. Moreover, the number of tests performed will soon reach 58 million! At this rate, in a year we will examine every resident of Russia for the presence of COVID-19. Now imagine, if now people are waiting for weeks for testing with such a gigantic amount of research conducted, what proportion of patients pass by doctors? Even though they carry the disease in a mild form, they are still carriers.

And let's dream a little more. What would happen if several hundred thousand tests for traditional influenza viruses or various ARVIs were done every day around the world? Moreover, they would put all this in a single information system. Every day we would be told about new super-lethal forms of influenza viruses, devoting to similar news whole TV shows.

Of course, many people around the world have become innocent victims and we have yet to realize this in the future, but our consciousness has become the main victim of COVID-19.

Let's return to the situation in the regions of Russia, faced with an unprecedented flow of patients with ARVI and similar viruses. In an atmosphere of general hysteria, people demand help even with a slight increase in temperature, unambiguously diagnosing COVID-19 in themselves. All this causes queues at polyclinics, where, as you know, unique conditions for cross-infection have been created. And then people really get sick, and often it is the coronavirus.

Plots from the country's regions show very well what this leads to. In Bashkiria, there is an acute shortage of places in infectious diseases hospitals. People have to lie in the corridors. The deaths of the chairman of the Meluzovsky district court, Venera Galiyev (48 years old) and the former journalist Zili Akhmerova (53 years old), were indicative. Galiev spent several days in the corridor of an overcrowded hospital, after which he was taken to intensive care, where he died. Before her death, Zilya Akhmerova managed to upload a video through her son, where an elderly patient lay on the floor for three hours in a serious condition. Help from doctors came only after thousands of views of the video on social networks. In Bashkiria, now there is a massive lack of doctors and medical personnel: on average, up to 30% of doctors on sick leave due to SARS, flu and COVID-19. Community-acquired pneumonia has become a real scourge, which is recorded in the republic two to three times more often than the notorious coronavirus. It is quite natural that all this caused a shortage of both medicines and medical equipment. In Sterlitamak, a relative of 70-year-old Valentina Mikhailova comments on the current situation:

“The attending physician informed us about the lack of oxygen in the hospital and offered to purchase it on our own in the city pharmacies. She also said that we have to independently purchase and bring some basic drugs that are lacking in the hospital: ascorbic acid, droppers with saline. The doctor also told us that due to the lack of ventilation systems, a triage procedure was introduced in the hospital, and our grandmother will not be among those who will be provided with resuscitation measures using artificial respiration devices. 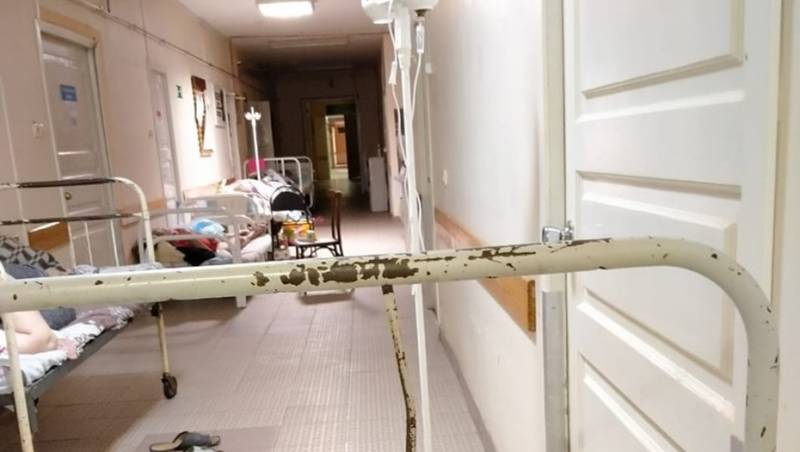 Source: img2.dp.ru
Let's move from the quite prosperous Bashkiria (the oil region, after all) to the less prosperous regions. The medical system of Buryatia is also extremely tense: there are no medicines in pharmacies, it is possible to take a COVID-19 test, even in paid centers, only by appointment a few days in advance, and in state polyclinics this is generally unlikely. In the Pskov region, infectious diseases hospitals built by the military have already been filled, patients are forced to huddle in the corridors of hospitals.

The huge queues for computed tomography of the lungs have become a real problem for all regions. For example, even 50% lung lesion detected on CT is not an indication for hospitalization in some regions. Such cases were noted in the Krasnoyarsk Territory and the Sverdlovsk Region. The massive shortage of ambulances has also become one of the main problems of Russian medicine. While rich regions (Tyumen Oblast) can afford to buy new cars or even rent them, most others do not have an extra several tens of millions of rubles for this. Therefore, you have to wait for doctors for several hours, or even days.

Winter is ahead. Even taking into account the passage of the peak of incidence in November, the situation may not improve in the following months. People will be forced to spend less time outdoors and more indoors. Heating systems will dry out mucous membranes, thereby destroying local immunity, and a short daylight hours will add stress to the body. In general, our future winter with COVID-19 does not inspire optimism.

Ctrl Enter
Noticed oshЫbku Highlight text and press. Ctrl + Enter
We are
Coronavirus COVID-19: threats, consequences, actionsSituational analysis of the death of the MH17 flight (Malaysian Boeing 777), made on the basis of engineering analysis from 15.08.2014
226 comments
Information
Dear reader, to leave comments on the publication, you must to register.