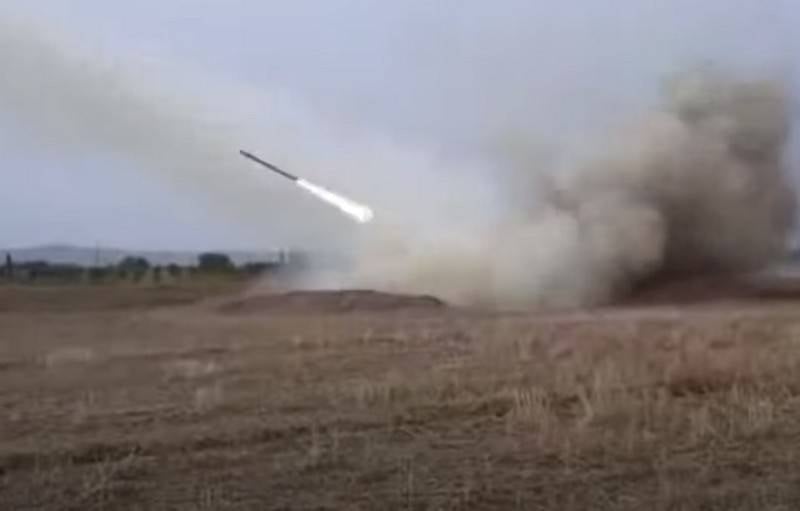 The Azerbaijani Defense Ministry accused Armenia of striking with the help of ballistic missiles on the territory of the Gabala region of Azerbaijan. This is stated in the message of the country's military department.

On October 09 at 00:08 (00:XNUMX Moscow time), ballistic missiles were launched from the territory of Armenia in the direction of Gabala and Kurdamir
- said in a statement.

These accusations are denied in Yerevan. As stated in the press service of the Armenian Ministry of Defense, the Armenian Armed Forces did not use any missiles against Azerbaijan.

No rockets were fired from the territory of Armenia (towards Azerbaijan)
- said the press secretary of the Armenian Defense Ministry Shushan Stepanyan.

In turn, the Defense Ministry of the unrecognized Nagorno-Karabakh Republic accused the Azerbaijani Armed Forces of inflicting artillery strikes on the city of Martuni and surrounding villages. The republics stressed that local battles in Karabakh are going on along the entire line of contact.

(...) at the moment the enemy is using artillery against Martuni and the surrounding villages (...) At night, the situation in the zone of the Artsakh-Azerbaijan conflict was stably tense. Artillery duels continued in some areas. At the moment, local battles are going on in all directions of the front line. In addition to local battles, enemy sabotage groups tried to infiltrate in the central direction, these attempts were suppressed by units of the defense army
- said in a statement.

Information about ongoing battles along the entire line of contact is confirmed in Baku. According to the Ministry of Defense of the republic, "battles are going on along the entire front." According to the military department, as a result of the operation in the Gubadli direction, units of the Azerbaijani army managed to capture a number of "important heights" after the retreat of the Armenian army, "which suffered losses in personnel and military equipment."