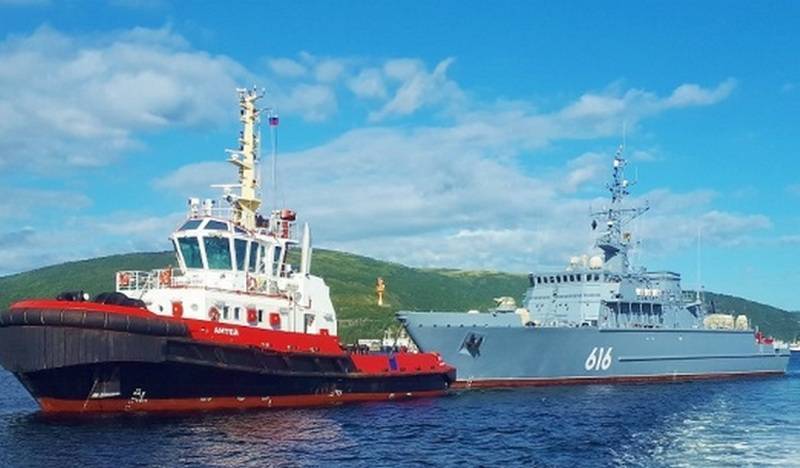 The Pacific Fleet will be replenished with a new Project 12700 minesweeper by the end of the year. According to the Pacific Fleet's press service, the Yakov Balyaev mine-sweeping ship, which passed the Northern Sea Route, arrived in Vladivostok to undergo factory and state tests.

The newest minesweeper Yakov Balyaev, after crossing the Northern Sea Route and entering Kamchatka, arrived in Vladivostok. The minesweeper was escorted to the capital of Primorsky Krai by the sea tug Antey. On the way from St. Petersburg, the ship and the tug passed about 14 thousand nautical miles
- said in a statement.

It is noted that the passage of "Yakov Balyaev" along the Northern Sea Route was the first in stories such a transition of a ship with a fiberglass hull.

Upon arrival in Vladivostok, the minesweeper was delivered to the pier of the outfitting base of the Amur shipyard in the Golden Horn Bay. After passing sea and state tests, the ship will become part of the Pacific Fleet and will serve in Kamchatka.