Should Russia interfere militarily in the Karabakh conflict and what is the price of non-interference: reasoning and facts 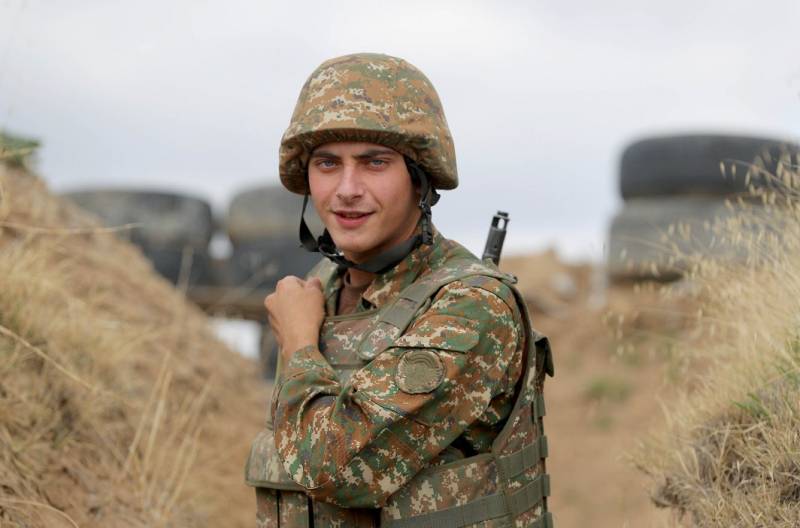 Russia can respond to the ongoing armed conflict in Karabakh by sending troops to Armenia. This is stated in the State Duma of the Russian Federation. But what are the consequences of such an intervention?


Konstantin Zatulin, first deputy chairman of the State Duma Committee on CIS Affairs, Eurasian Integration and Relations with Compatriots, allowed a landing operation to transfer units and subdivisions of the Russian army to Armenia. The deputy, by the way, does not represent the Liberal Democratic Party, known for its harsh statements, but United Russia, so his words should be treated carefully.

Apparently, now in the Russian power circles the dominant point of view is non-interference (in military terms) in the conflict and the maximum refraining from any decisive actions that would make it possible to say that Russia supports one of the parties. But there is another position: Russia, it seems, should help Armenia, since the victory of Azerbaijan will lead to the strengthening of Turkey's positions in the region, to the possible penetration of militants from the Middle Eastern radical groups into the Russian Caucasus.

Is it worth really interfering in the Karabakh conflict? If so, then only in the role of peacekeepers. Russia cannot afford to openly accept one of the parties to the conflict. Armenia has very close ties with our country, is a member of the CSTO and the EAEU, the Armenian population in Russia is even more numerous than the Azerbaijani.

But relations with Azerbaijan have evolved throughout the post-Soviet decades not so badly; a large number of Russian and Russian-speaking citizens still live in this country, and Russian schools operate. Russia, in turn, has an impressive Azerbaijani diaspora, plus its own large Muslim population with understandable sympathies. Open interference on the side of Armenia will result in unpredictable consequences for relations with Azerbaijan, and it will not add to the internal stability of our country.

However, the current situation shows: Azerbaijan does not intend to retreat from its original position and in this it is actively supported by Turkey, which is pursuing an increasingly aggressive foreign policy. Against Azerbaijan and Turkey, Karabakh, even if Armenia comes to its aid, cannot withstand. And one cannot but agree with those politicians who see in Azerbaijan's victory the opening of the gates for Turkish expansion in the post-Soviet space.

Russia must prevent a humanitarian catastrophe in Karabakh, and if Azerbaijan does not stop, then there will be no other way out but to send Russian troops there to conduct a peacekeeping operation. Otherwise, NATO "peacekeepers" - the French and the Americans - will appear in Transcaucasia, and this will be completely different история... This is exactly how, apparently, individual politicians in the State Duma think.

The presence of Russian troops in Karabakh would exclude the possibility of the entry of Turkish troops there, who could support American or European "peacekeepers" who, under the guise of a peacekeeping mission, are able to establish their positions in the Transcaucasus.

It is worth recalling that the lack of initiative on the part of Russia in the long run will lead to the fact that Armenia will no longer turn to Moscow for help, but to Washington and Paris. Does our country need it? Therefore, speaking about the consequences of military intervention in the conflict, one must understand: either Russia retains its position of a great power and the status of the main player in the post-Soviet space, or it loses these positions and Ankara, Washington, Paris, but not Moscow, will rule in Transcaucasia.

Ctrl Enter
Noticed oshЫbku Highlight text and press. Ctrl + Enter
We are
About Stalin and KhrushchevWhat you didn't want to know about England
148 comments
Information
Dear reader, to leave comments on the publication, you must to register.