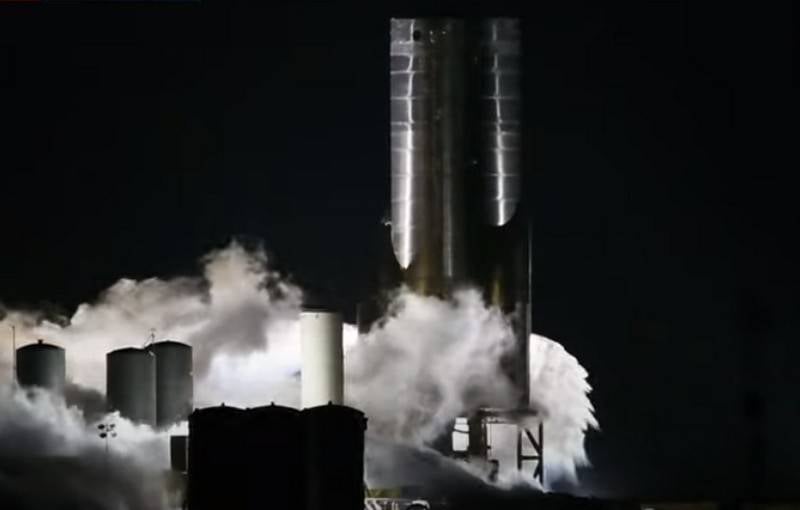 The American company SpaceX continues to test the Starship prototype. Reportedly, the next Starship SN8 prototype has successfully passed firing tests with three Raptor engines running. The broadcast was conducted on the NASASpaceflight YouTube channel.


The next Starship SN8 prototype was tested with three engines installed, in contrast to the previous ones, on which only one engine was installed. Two full-size prototypes Starship SN5 and SN6 with one engine have already taken off into the sky, now Elon Musk plans to make a test flight of SN8 at an altitude of 20 km. He announced this before the tests, promising, if successful, to send the prototype into flight after another firing test.


Earlier, Elon Musk said that he is planning the first test flight in low-earth orbit of the Starship spacecraft in 2021.

In the final version, Starship will have a height of almost 50 meters, and its mass with a full load of fuel is 1400 tons. Equipped with 37 Raptor engines, it will be able to launch up to 150 tons of load into orbit or transport up to 100 people.

The company planned to start commercial flights on Starship in the 2022 year.

Ctrl Enter
Noticed oshЫbku Highlight text and press. Ctrl + Enter
We are
Elon Musk's company tested a tank explosion on SN 7.1 during tests in TexasMusk showed his Starship Mk1 spaceship to fly to the Moon and Mars
70 comments
Information
Dear reader, to leave comments on the publication, you must to register.