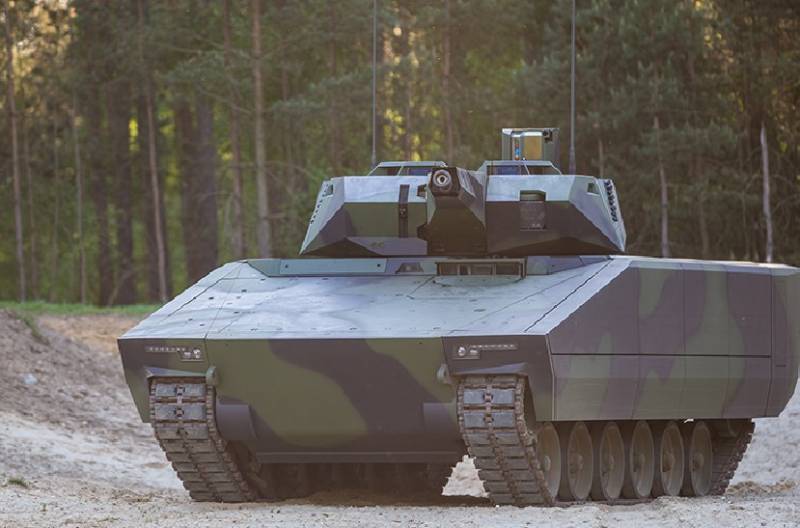 The German company Rheinmetall, in cooperation with the American firm Textron Systems, is preparing to supply the Lynx KF41 BMP as a replacement for the Bradley for the US Army, as announced yesterday.


This information is reported by Defense News.

The task for German manufacturers is simplified by the fact that Rheinmetall has a subsidiary, Rheinmetall Vehicles, based in the US state of Michigan. This allows us to establish the production of equipment in the United States. New to the Lynx development team and based in Louisiana, Textron is responsible for the armored vehicle's robotic capabilities.

The US Army selects the manufacturer of its new armored vehicle on a competitive basis. In the first round of selection, she plans to reduce the number of applicants to five, then to three, before making the final selection.

The Lynx KF41 armored vehicle is designed on a modular basis, which makes it easy to integrate new weapons and protective equipment into its design. It is equipped with the latest electronics. BMP weight is 44 tons.

The Lynx KF41 is armed with a 35 mm cannon, as well as two universal launchers for placing missiles, loitering ammunition and drones.

Ctrl Enter
Noticed oshЫbku Highlight text and press. Ctrl + Enter
We are
Hungary signed a contract for the supply of German infantry fighting vehicles Lynx KF41Reports from the militia of New Russia for 27-28 September 2014 of the year
35 comments
Information
Dear reader, to leave comments on the publication, you must to register.