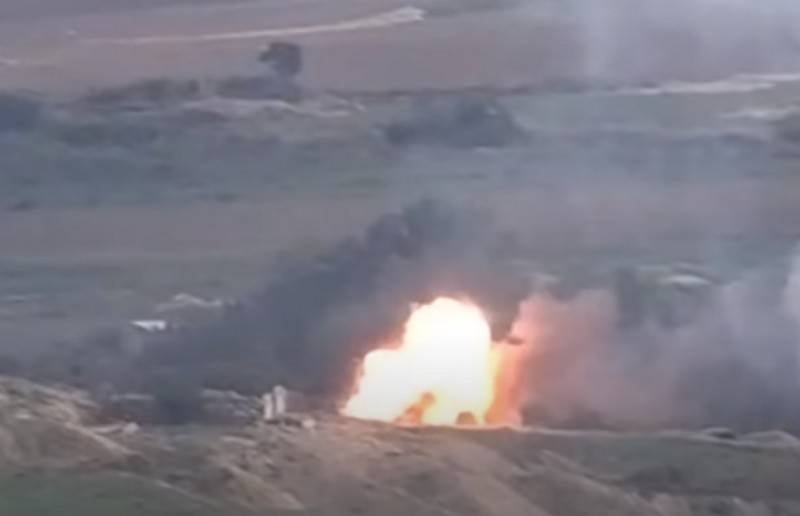 Air defense units of the unrecognized Nagorno-Karabakh Republic (NKR) on Wednesday shot down an Azerbaijani Air Force plane over the territory of Karabakh. The Ministry of Defense of Armenia reports this.


According to the Armenian military department, the Azerbaijani plane was shot down by the NKR air defense in the southern direction on the line of contact in Nagorno-Karabakh. At the same time, the message does not contain any information indicating the type or name of the downed aircraft.

Air defense units of Artsakh at 08:30 [07:30 Moscow time] in the southern direction destroyed the enemy aircraft. The situation is relatively stable and tense
- Shushan Stepanyan, press secretary of the Armenian Defense Ministry, wrote on Facebook.

The Ministry of Defense of Azerbaijan denied this message.

The information disseminated by the Armenian side about the alleged downed Azerbaijani military aircraft is another falsification of the Armenian military propaganda machine
- Said the press service.

It should be noted that last week Yerevan reported about three su-25s of the Azerbaijani Air Force shot down over Karabakh, and two downed Su-25s of the Armenian Air Forces in Baku. Both sides have denied the claims of the enemy.

Meanwhile, the Azerbaijani military department reports on intense battles on the night of October 21, which took place in various parts of the contact line.

During the day on October 20 and on the night of October 21, hostilities continued with varying intensity in the Agderin, Fizuli-Jabrayil and Gubadli directions of the front. (...) As a result of the operation carried out by the Azerbaijani army in the Jebrail and Gubadli directions of the front, the defending units of the 18th motorized rifle division of the Armenian armed forces were forced to retreat, having suffered losses in personnel and military equipment
- said in a statement.
Ctrl Enter
Noticed oshЫbku Highlight text and press. Ctrl + Enter
We are
The situation in the south-east of Ukraine. Chronicle of events. 3 MayNew war in the Caucasus be?
54 comments
Information
Dear reader, to leave comments on the publication, you must to register.