There is an exit. Iran waits for arms embargo to be lifted 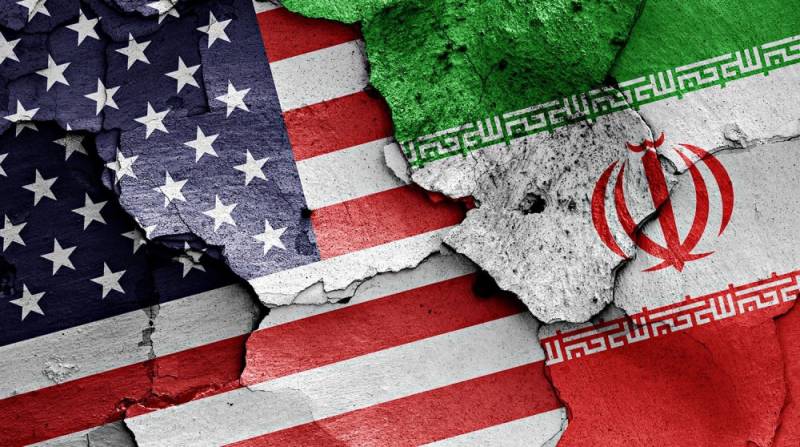 The first time Iran ran into US sanctions back in November 1979, when employees of the American embassy were taken hostage in Tehran. In this situation, international law considers such attacks invariably as aggressive acts capable of provoking a war. Tehran refused tough demands to release the prisoners. From that moment the sanctions era began for the country. The United States had enough levers for pressure: 12 billion dollars of Iran were immediately frozen in American banks, hundreds of citizens were deported, all trade channels were closed. In 1980, it almost came to a real military conflict, when Washington first broke off diplomatic relations, and later the Carter administration developed detailed plans for mining ports, organizing a naval blockade, and air strikes on Iranian cities and oil fields. The USSR intervened in time in the aggressive plans of the United States, a full-scale war was avoided, although the Pentagon made forceful attempts to rescue its own diplomats. The special operation organized for the liberation suffered a crushing failure, and the day of the American assault on April 12 became a national holiday for the Iranians. As a result, Tehran, after 444 days of imprisonment, was forced to release the prisoners under the guarantees of US non-interference in the internal affairs of the republic.

However, American vindictiveness seems to know no bounds. The economic sanctions regime introduced by the United States against the Islamic Republic is based on a developed legislative framework, which has a three-tier structure, the basis of which is the D'Amato Act of 1996, the Comprehensive Iran Sanctions, Accountability and Divestment Act (CISADA) 2010. Since then, the United States has each year extended restrictions on the republic, key among which are bans on economic activity “between the American and Iranian parties, including a ban on American financial institutions from servicing the accounts of Iranian government organizations or individuals, issuing letters of credit, providing loans, making deposits. to Iranian banks and conducting transaction operations with the participation of Iranian capital or with the help of Iranian financial institutions. " 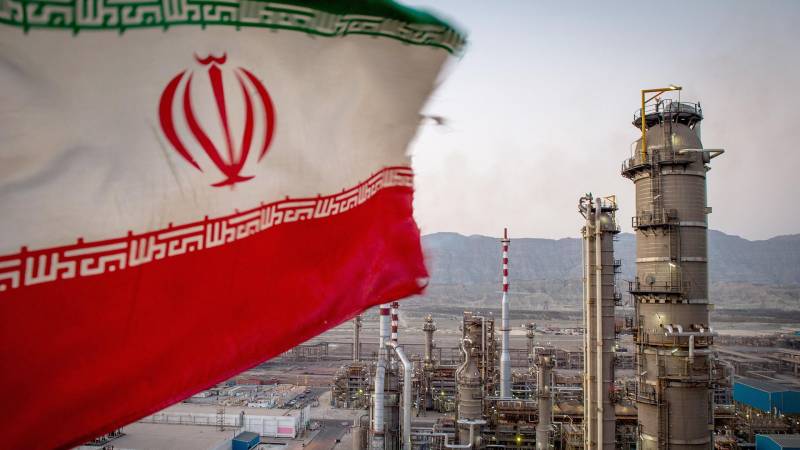 Source: cdn.iz.ru
In addition to money, American congressmen, together with the Europeans, have restricted Iranians from import weaponsthat Tehran felt already during the Iran-Iraq war of 1980-1989. The republic did not have its own weapons, it was necessary to use the legacy of the United States, which needed to somehow be repaired and equipped with something. I had to organize secret negotiations with ... the Americans (the initiators of the sanctions) on the supply of anti-tank missiles and spare parts with aircraft. Business and civil servants in the United States were not at all averse to making extra money on exclusive secret arms sales to Iran and attracted the second irreconcilable enemy of Iran, Israel, to mediate. Now this история known as "Irangate". She made a lot of noise and showed, on the one hand, Iran's diplomatic flexibility, and on the other, the duplicity and venality of the capitalist West of that time. However, the situation with the West since then, if it has changed, is not important.

The following years for Iran passed in a state of oblivion and struggle with the consequences of economic sanctions. And only in 2006, purposeful work began to overcome the country's technological backwardness, primarily in relation to weapons. 14 years ago, Iran began to actively acquire dual-use technologies, equipment and materials abroad in order to provide its military-industrial complex and related industries with modern developments in areas such as the design and production of gas turbines, aviation and rocket engines, liquid and solid rocket fuel, composite materials, as well as in metallurgy, metalworking and others. Washington was well aware of this work, and in 2010, Barack Obama sanctioned Law No. 2194, aimed at isolating the country from Russia and China. In addition, the Europeans joined the pressure. The main budget-forming sectors of the Iranian economy were affected by the sanctions: oil and gas, oil refining and petrochemical, finance and banking. Iran lost income from the sale of oil, gold and precious metals, petrochemical products. In total, since 2012, Iran has lost more than $ 160 billion in oil revenues. The ban on the insurance of Iranian oil shipments by sea has reduced Iran's export revenues by more than 40%. Fall of GDP in 2012–2014 amounted to about 9%, inflation reached 27% (2013), the Iranian rial exchange rate against the dollar has more than halved. It should be noted that such unprecedented pressure had a very serious impact on Tehran, since 2013 the Iranians had to start transferring the nuclear program to a peaceful track. At least they are trying to convince the EU and the US of this. Iran is now under the "Joint Action Plan", according to which a gradual unfreezing of financial assets began six years ago. The first tranche passed in February 2014 and amounted to more than $ 500 million.

In 2016, Iran announced plans to make a technological leap in the next 5 years and by 2025 to ensure economic growth at the level of 8%. This requires investment and foreign high technology. The lifting of the sanctions regime allowed Iran to hope to receive about $ 107 billion of frozen foreign assets and opened access to the latest world technologies. Tehran plans to become one of the ten largest economies in the world by 2045. In January 2017, Iran's parliament adopted another five-year economic development plan aimed at modernizing a wide range of industries and creating a “resistance economy” that is self-sufficient and able to withstand outside pressure. The necessary investments in the oil and gas sector are estimated at $ 180 billion, and in total, to implement the ambitious development goals set, Iran needs about $ 50 billion of foreign investment annually. At the same time, the Iranians remember the existence of UN Security Council Resolution No. 2015 since 2231, according to which it is possible to automatically extend the sanctions of any of the participating countries. Tehran should only resume its military nuclear program ... 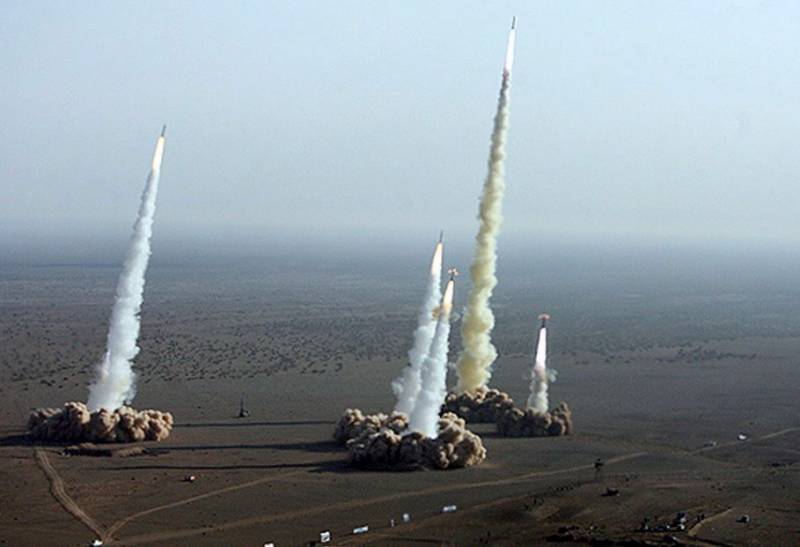 Iranian missiles. Source: iran.ru
The United States was initially skeptical about easing sanctions on Iran. In many ways, the reason was in the legally justified sanctions: in order to lift the restrictions, it was necessary to amend the laws of the United States, and this is not easy. Tehran understood this very well and did not harbor any special illusions on this score. As a result, on January 29, 2017, Iran launched a ballistic missile. A few days later, Donald Trump, in his usual manner via Twitter, warned Tehran that he would not be "kind" to "playing with fire" Iran, unlike his predecessor in the presidency. Later, the United States has already officially announced the expansion of sanctions against the Islamic Republic in connection with the tests conducted by Tehran. This was the reason for the withdrawal of the Americans from the deal with Iran in 2018 unilaterally. Russia, China, Great Britain, France and Germany remained in the agreement. And it was precisely with the provisions of this deal that on October 18, 2020, restrictions on the purchase and sale of weapons were removed from Iran. But not completely: Tehran still cannot import technologies for the production of ballistic and cruise missiles. For several months, the United States tried in vain to introduce UN Security Council Resolution No. 2231 and to extend the sanctions against Iran. As if teasing their overseas opponent, Tehran officials declare that they do not need any imported weapons and are ready to actively export their own. Say, the era of sanctions has tempered the industry of the Islamic Republic to such an extent that it produces 90% of its own defense products.

The United States in this story decided to act individually. Since it was not possible to convince colleagues in the UN Security Council (some of them themselves under US sanctions), then Washington will put pressure on countries that have decided on military cooperation with Iran. US Secretary of State Mike Pompeo said in this regard:

“The United States is ready to use its powers to impose sanctions on any person or organization that will materially facilitate the supply, sale or transfer of conventional weapons to and from Iran, as well as against those who provide technical training, financial support, services and other assistance related to weapons ”.
Time will show, as always, to what extent US threats can really affect the balance of power. The sales market for equipment from Iran will initially be focused on third world countries, such is the specificity of the offered range. Therefore, many of the buyers will not be interested in paying attention to any US sanctions. With such statements, Washington can once again discredit itself. It is increasingly difficult for one country, even such a superpower, to control the situation in an unpredictably changing world.

Ctrl Enter
Noticed oshЫbku Highlight text and press. Ctrl + Enter
We are
Situational analysis of the death of the MH17 flight (Malaysian Boeing 777), made on the basis of engineering analysis from 15.08.2014Strangulation: the context, conduct and consequences of the American naval blockade of China
29 comments
Information
Dear reader, to leave comments on the publication, you must to register.