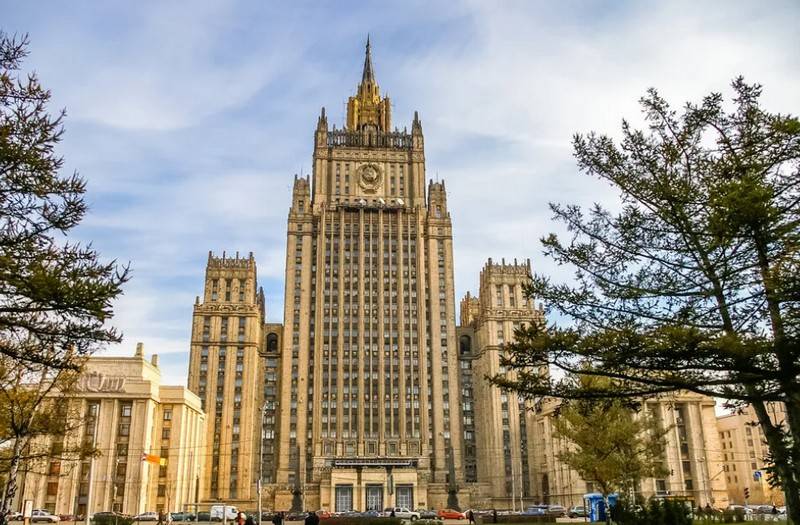 Russia continues to support the extension of the Strategic and Offensive Arms Treaty (START) and is ready to "freeze" the number of nuclear warheads if the United States agrees to extend the treaty for a year. This was reported by the Russian Foreign Ministry.

Russia proposes to extend the START Treaty by one year and is ready, together with the United States, to take on a political commitment to "freeze" the number of nuclear warheads held by the parties for this period
- said in a statement by the Russian Foreign Ministry.

At the same time, it is emphasized that the "freezing" of the number of nuclear weapons is possible only if there are no additional requirements from the United States.

The Russian Foreign Ministry believes that the signing of a one-year treaty, subject to the "freezing" of nuclear weapons, will provide an opportunity for additional negotiations on the further extension of the START Treaty.

The Foreign Ministry's statement also notes that Moscow has not yet received an official response from Washington to the Russian President's proposal to extend the START Treaty for one year without any obligations.

The Russian side did not receive an official US response to the note dated October 16, which formulated a proposal put forward by President Putin to extend the current START Treaty for one year. Seen only a few comments from American officials on social media
- stated in the Ministry of Foreign Affairs.

Note that earlier, White House National Security Advisor Robert O'Brien announced that the United States was rejecting the Russian proposal to extend the START Treaty for a year "without preconditions."
Ctrl Enter
Noticed oshЫbku Highlight text and press. Ctrl + Enter
We are
Reports from the militia of New Russia for 27-28 September 2014 of the yearYuri Drozdov: Russia prepared the role of the sacrificial calf
76 comments
Information
Dear reader, to leave comments on the publication, you must to register.