F-22 against "Bears": Fifth generation fighters climbed to intercept the Tu-5 of the Russian Aerospace Forces in the Alaska region 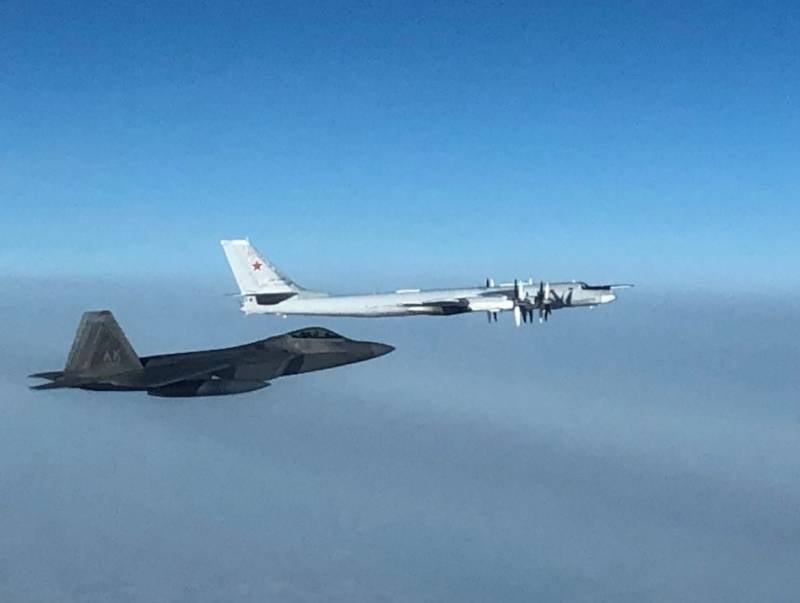 On the evening of October 19, American aircraft aviation were raised on alert to intercept Russian Tu-95s traveling in international airspace in the Alaska region.


The information about the interception appeared on the official page of the Joint Aerospace Defense Command of North America (NORAD) on the social network Twitter. According to the American military, F-22 fighters intercepted 2 Russian Tu-95 bombers, called "Bears", accompanied by 2 Su-35 fighters.

In addition, NORAD's means identified a Russian A-50 long-range radar reconnaissance aircraft located 50 nautical miles off the coast of Alaska.

At the same time, the Pentagon noted that all Russian aircraft were in international airspace and did not violate the borders of the sovereign US airspace. Nevertheless, NORAD forces, which are supposed to quickly respond to such situations, raised fighters to intercept.

The flexibility and readiness of our staff ensures that we successfully manage potential aerospace threats,
- emphasized the commander of the US Northern Command, General Glen Van Herk. 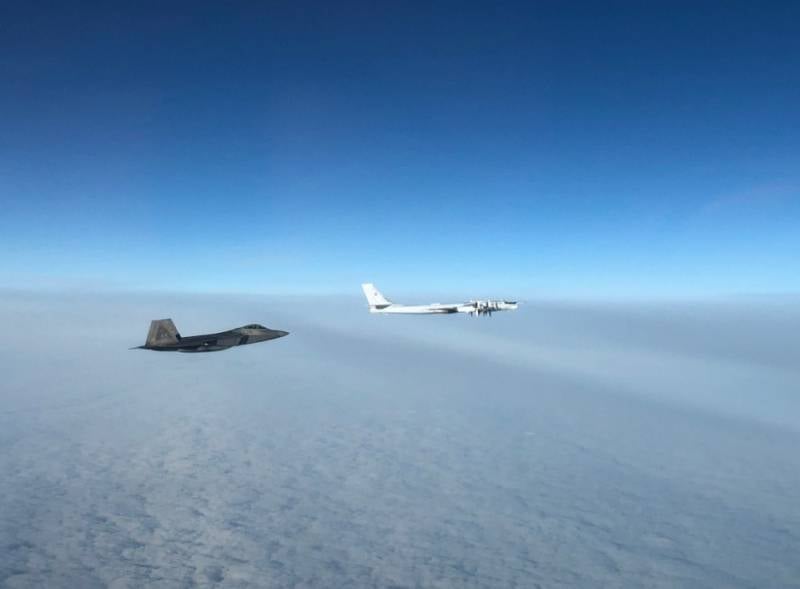 It should be noted that the Russian military department emphasized the planned nature of the flight. Both Russian and American military aircraft make such flights quite often. For example, American planes periodically appear near the Russian borders in the Baltic and Black Sea regions.

Not so long ago, a plane of the Royal Air Force of Great Britain cruised over the Barents Sea, to accompany which our MiGs took off.

Ctrl Enter
Noticed oshЫbku Highlight text and press. Ctrl + Enter
We are
Reports from the militia of New Russia for 27-28 September 2014 of the yearRussian Air Force and NORAD command to conduct joint air defense exercises
43 comments
Information
Dear reader, to leave comments on the publication, you must to register.