“Armenians return home and sign up as volunteers” - Armenian side 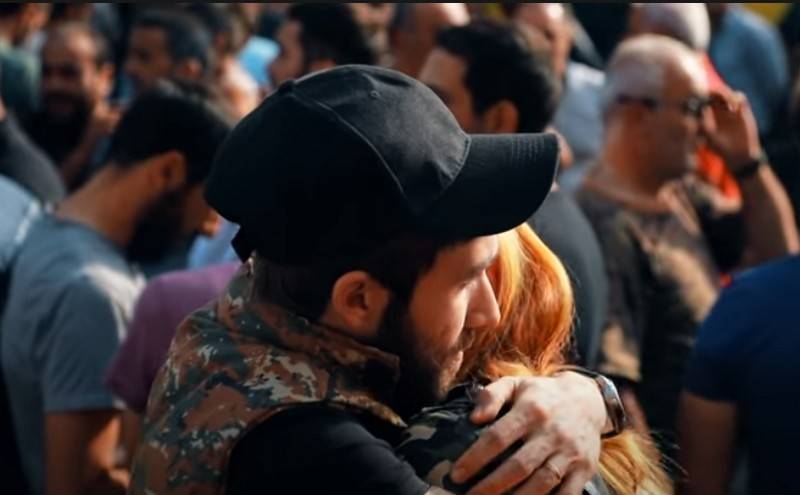 In Yerevan, it is reported that a large number of volunteers have arrived in Armenia from other countries where there are Armenian diasporas. According to the military department, about 20 thousand people returned to Armenia and are trying to enroll as volunteers through the military enlistment offices. It is reported that the "reservists" recall military knowledge and are trained at training ranges.

We are not mercenaries, but volunteers, we are going to war. And this is the last war
- said one of the volunteers who returned to Armenia.

In his words, Turkey is in charge of everything in this military conflict, the Azerbaijanis themselves "do not have enough spirit."


Meanwhile, the press service of the Defense Ministry of the unrecognized Nagorno-Karabakh Republic reports that during the night, intense hostilities were conducted in the southern direction, in other areas the situation remained tense.

At night, the situation was consistently tense. Artillery battles continued. The fighting was especially intense in the southern direction. The units of the Defense Army keep the operational situation under their control, inflicting heavy losses on the enemy in manpower and equipment by their actions
- said in a statement.

In turn, Baku reports on the destruction of "a significant amount of military equipment of the Armenian armed forces during the past day and on Tuesday night in three directions."

During the day on October 19 and on the night of October 20, hostilities continued with varying intensity in the Agdera-Aghdam, Fizuli-Hadrut-Jebrail and Gubadly-Zangilan areas of the front. The enemy fired on the defensive positions of the Azerbaijani army from a rifle weapons, mortars and guns
- said the Ministry of Defense of Azerbaijan.


The military department added that during the hostilities in the zone of the Nagorno-Karabakh conflict, the equipment of the Armenian Armed Forces was destroyed, including "two tank T-72, four BM-21 Grad multiple launch rocket systems, five vehicles.

Azerbaijani troops control the operational situation along the entire front
- said in Baku.
Ctrl Enter
Noticed oshЫbku Highlight text and press. Ctrl + Enter
We are
Reports from the militia of New Russia for 27-28 September 2014 of the yearNew war in the Caucasus be?
96 comments
Information
Dear reader, to leave comments on the publication, you must to register.