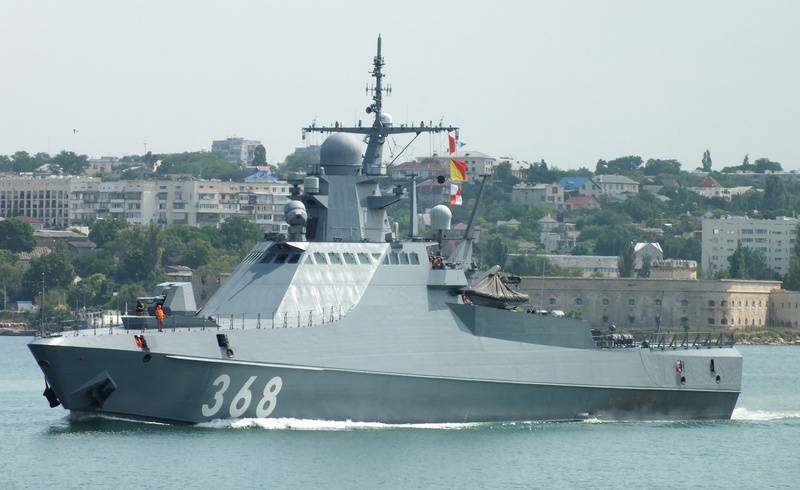 Until 2023, the Black Sea Fleet will receive three more patrol ships of Project 22160, which are being completed at the Zelenodolsk Gorky Plant, the series is still limited to six corvettes. This was reported by TASS with reference to the statement of the general director of the Ak Bars corporation, Renat Mistakhov.


According to the general director, the series of patrol ships of Project 22160 is limited to six ships. Whether the Ministry of Defense will extend this series is still unknown.

Two ships have already been delivered within the framework of this project, one is in the final stages of testing. Subsequent ones will be rented annually. There are six of them in the series so far. All ships will be delivered by 2023
- said Mistakhov, adding that the construction of the corvettes "Sergei Kotov" (completion in Kerch), "Victor the Great" and "Nikolay Sipyagin" is currently underway.

All ships of the project 22160 are intended for the Black Sea fleet.

Recall that the lead patrol ship of this project, Vasily Bykov, was commissioned into the Black Sea Fleet on December 20, 2018. The first serial - "Dmitry Rogachev" - entered the Black Sea Fleet on June 11, 2019. The third ship of the series and the second serial "Pavel Derzhavin" was launched on February 21, 2019 in Kerch and is now being tested. Commissioning is scheduled for the end of the year.

The construction of the entire series of these ships was delayed due to import substitution of the power plant. All ships of the series, except for the head Vasily Bykov, on which the German MAN diesel gear units are installed, receive diesel gear units manufactured by the Kolomensky Zavod.

The patrol ship (corvette) of project 22160 has a displacement of 1700 tons and is capable of speeds up to 30 knots. The cruising range is 6000 miles, the autonomy is 60 days. The crew is 80 people. The Ka-27PS helicopter will be based on board. The corvettes are equipped with 76-mm artillery mount AK-176MA, anti-aircraft missile systems "Shtil-1" and "Gibka" and machine guns as standard armament. A place is provided for placing various modules (anti-ship missiles, missiles, electronic warfare, etc.), depending on the tasks being performed.
Ctrl Enter
Noticed oshЫbku Highlight text and press. Ctrl + Enter
We are
Reports from the militia of New Russia for 27-28 September 2014 of the yearDecember 2010 years. Russian March. Senseless and merciless? Notes not a Russian person
77 comments
Information
Dear reader, to leave comments on the publication, you must to register.