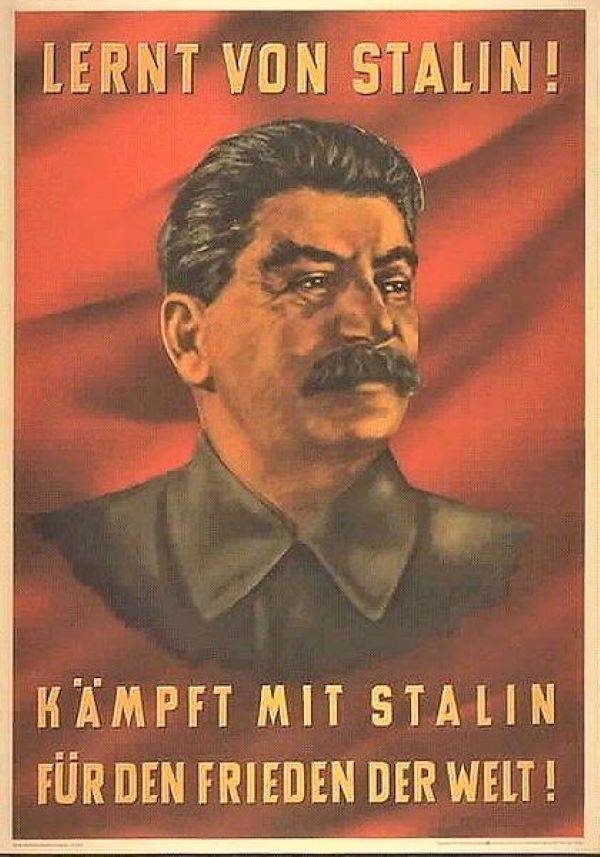 The liquidation of the GDR, carried out by the leaders of the USSR, the FRG and the United States under the spectacular cover of the unification of Germany twenty years ago, did not lead to the self-destruction of the communist movement there. Today, few people will remember that the West German Communist Party at certain stages of its existence had, perhaps, greater authority and influence than the East German branch of the CPSU.

Soviet analysts generally diligently hid such facts. There is no GDR, there is no its Communist Party (SED), so there is nothing to talk about. The communists of West Germany, who considered themselves the real heirs of the case of Ernst Thälmann and Otto Grotewohl, have been silenced by the Soviet media since 1988. 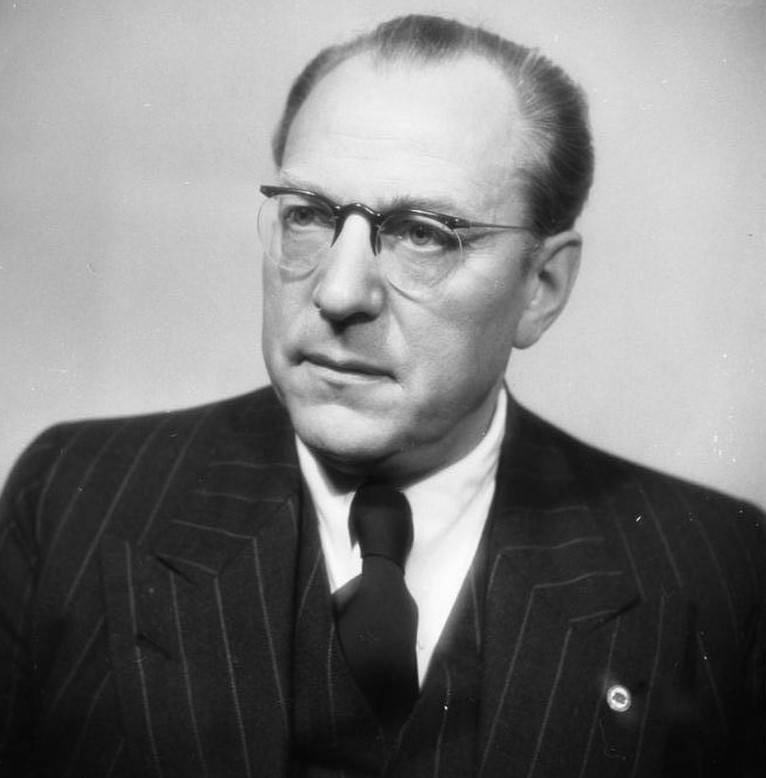 Otto Grotewohl, not the most famous of the "architects" of the GDR
The pro-Soviet GKP, the German Communist Party operating in the FRG, received in September 1989 a direct order from the Kremlin to stigmatize the GDR and especially its leadership. Party members were so discouraged that they accepted the disintegration as a fact, in fact, self-dissolution by the spring of 1990.

At the same time, another German Communist Party, the Marxist-Leninist KKE / ML, which existed in the FRG since March 1968, managed to survive, despite the powerful pressure of pro-capitalist propaganda. It operates to this day and has even enlarged its ranks with thousands of "refugees" from the SED and the GKP.

This party was created with the assistance of Beijing and Tirana, but with Moscow's complete silence. It arose at the end of 1967 on the basis of an orthodox faction subjected to harsh ostracism, when it was she who was accused of "conniving at Soviet revisionism and the Kremlin's duplicity in relation to the GDR."

It's a paradox, but now this party is trying with all its might to preserve its heritage. At its first congress in March 1968 in Dortmund, timed to coincide with the 15th anniversary of Stalin's death, the KKE / ML announced the all-German geography of its activities. With the inclusion of the German Democratic Republic and West Berlin. And also about the fidelity of the line that Ernst Thälmann once drew for her. 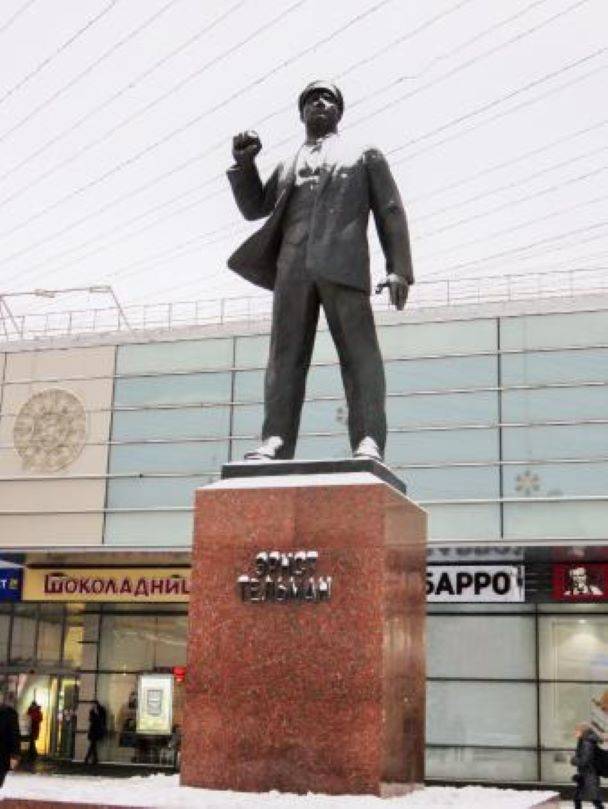 Monument to Ernst Thälmann in Moscow
The KKE / ML even today condemns the puppet role of the pro-Kremlin Communist Party of the Federal Republic of Germany in helping to destroy the GDR. The agreement of the USSR and a number of other socialist countries with German revanchism is also sharply criticized, which, we recall, was reflected in the notorious treaties of those countries with the Federal Republic of Germany in the early 70s (see. 1975 Helsinki Act. Albanian "exception").

At the end of 1988, and then in September 1989, the KKE / ML suggested that the SED leadership unite into one party in order to more effectively resist the “Gorbachev treachery” and defend the GDR. But in East Berlin, most likely, taking into account the prompts from Moscow, they did not dare to take these steps.

The ideological comrades-in-arms did not even agree to hold a conference of these two parties in the GDR, which was also proposed by the communists of West Germany, who did not hide their admiration for Stalin and Mao. Apparently, the notorious Erich Honecker and others like him did not even allow the thought that Moscow would betray the GDR. And in vain.

The Soviet leadership, naturally, long before that was irritated by the presence of such a party in the FRG. Already in 1972-1973. Moscow and East Berlin created a pro-Soviet faction in the KKE / ML, which split this party.

In the mid-70s, the Stasi succeeded in identifying and arresting over 150 illegal representatives of the KKE / ML in the GDR, who circulated proclamations denouncing “the consent of the Soviet revisionists and their puppets to German revanchism”.

The KKE / ML, not without reason, believed that this is quite consistent with "Moscow's encouragement of West German colonization of the GDR." The proclamations also spoke of the "need to create a single truly communist party throughout Germany - with the participation of true Marxist-Leninists of the FRG, the GDR and West Berlin."

In addition, the KKE / ML refused to "withdraw" from the GDR and supported Beijing's position in connection with military border conflicts on the Sino-Soviet border. And also, like the PRC, along with Albania and Romania, publicly condemned the entry of the Warsaw Pact troops into Czechoslovakia in 1968.

Orthodox communists called it "the political bankruptcy of Soviet revisionism, the discrediting of socialism and international equality." Particularly sharply criticized was the participation of the GDR army in that intervention:

Farewell to the GDR

As for the last years of the existence of the GDR, the cells of the same party were recreated there in the mid-80s, when, under the influence of well-known events in the USSR, repression by the Stasi noticeably weakened. By the middle of 1989, at least 700 members of the SED had joined the KKE / ML: they were communists with 20 and 30 years of experience, workers of a number of large factories, veterans of the GDR.

According to some reports, the renaissance of the already semi-legal Stalinist-Maoist communist movement in East Germany at that time became possible thanks to the support of the PRC, Albania, Romania and North Korea. At the same time, the ideological foundations of the KKE / ML, judging by its statements in the 70s - 80s, have not changed at all:

We expose the treason of the German revisionists Ulbricht and Honecker, whose puppet course will lead to the elimination of the GDR and the revival of pro-Nazi revanchism. In Rostock, Magdeburg, Frankfurt an der Oder, Karl-Marx-Stadt, Dresden, Leipzig, Gera, Halle, genuine communists are fighting against the anti-popular regime of Honecker, a lackey of Moscow ...
Socialism in the GDR is a deception, it is the disguised domination of capital, while in the FRG and West Berlin it is the undisguised domination of capital. Communist political prisoners in the GDR clearly show the real face of so-called real socialism. At the same time, starting from about 1986, without the resistance of Honecker and his fellow party members, Moscow's policy of assisting the absorption of the GDR by West Germany was strengthened.
According to the network resources of the KKE / ML, a section of this party in the GDR illegally published its own newspaper called Roter Blitz (Red Lightning), which until 1981 was called Roter Morgen - Ausgabe der Sektion DDR (Red Sunrise) , publication of a section in the GDR). 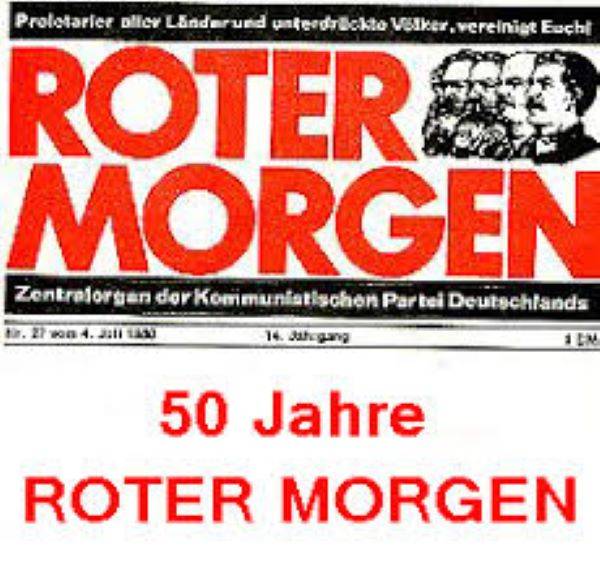 However, the section was largely destroyed by the Stasi back in the early 1980s. But a large cell in Magdeburg managed to hold out and reorganized into the East German sector of the party in 1989.

The current assessments by the German communists-Stalinists of the causes of the destruction of the GDR remain the same as in the 60s and 90s. At the same time, they accuse the now united Germany of "a creeping restoration of revanchism", of "neo-colonial politics in Eastern Europe", of "an effort to direct the European Union and NATO to reanimate German militarism."

And the former GDR is now characterized by them as "an internal colony of West German capital and a launching pad for creeping revanchism": this is exactly the case, judging by the official data on the socio-economic situation in the former Germany and the GDR (except for Berlin), as well as in more and more numerous branches in the eastern lands of at least ten revanchist organizations of the former FRG.

KKE / ML now has a representative office in 40 municipalities in Germany (against 32 in the mid-90s, including 16 in the former FRG). She also founded in the early 80s the "Communist Youth Union of Germany", which now numbers up to 230 thousand people. This party maintains ties with the DPRK and, according to fragmentary data, with the PRC and Cuba.

Ctrl Enter
Noticed oshЫbku Highlight text and press. Ctrl + Enter
We are
Secrets of Gorbachev's perestroikaChernobyl notebook. Part of 3
56 comments
Information
Dear reader, to leave comments on the publication, you must to register.