Provocative exercises of the Brazilian army. Russian military on the Venezuelan border? 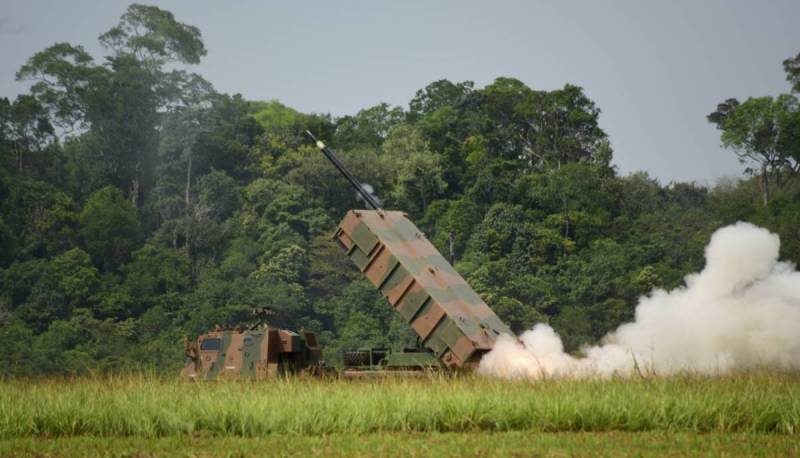 Как сообщает Brazilian and Argentine press, in the period from 8 to 22 September in the Brazilian state of Amazonas bordering Venezuela (about 300 km from Manaus) military exercises were held with the participation of 3600 Brazilian troops. In the exercise, codenamed "Operation Amazonia", a situation was worked out in which the conditional "red" country invaded the conditional "blue" country and it was necessary to expel the invaders. The exercises used cars, the Astros Mk6 missile system and army artillery (cannons, machine guns, Oto Melara howitzers and 60, 81 and 120 mm mortars), as well as special vehicles and trucks. 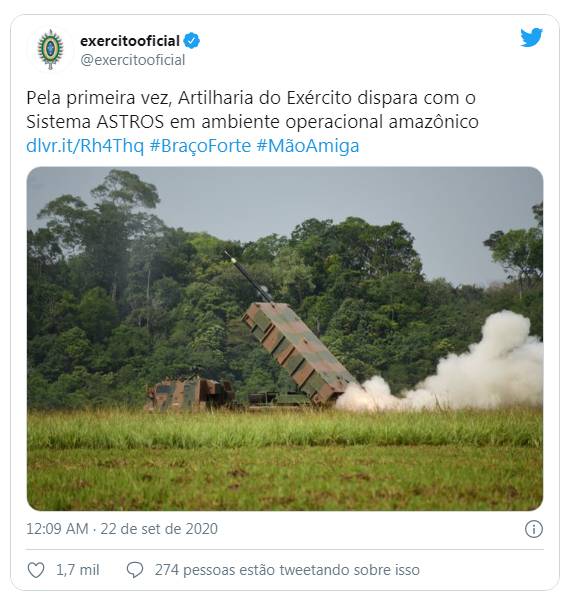 The Amazon military command said 20 missiles were fired. The goal was to "neutralize the base of the opposing army." The range of the missile launchers used was 80 km, but the army leadership says it is working on the development of missile launchers with a range of 300 km.

The rocket firing was watched by the Brazilian Defense Minister and the Army Commander. The press reported that the scale of the military exercises, which cost the budget more than one and a half million dollars, was unprecedented: even during the military dictatorship, war games were conducted on a smaller scale.

It is noteworthy that the simulation of the war with Venezuela coincided in time with a visit to the Amazon, US Secretary of State Mike Pompeo (September 18), during which he uttered the scandalous phrase "We must get him out of there", referring to President Maduro.

The visit to Brazil was part of Pompeo's Latin American tour, during which he visited countries bordering Venezuela and recognizing the self-proclaimed President of Venezuela Juan Guaido.

October 19 Argentine edition Infobae reportedthat concerned about such a large-scale exercise in neighboring Brazil, Venezuela has strengthened its military presence in the border areas, where an additional contingent of Venezuelan and Russian military has arrived.

The publication claims that these photographs depict not only Venezuelans, but also Russians in Venezuelan military uniforms: 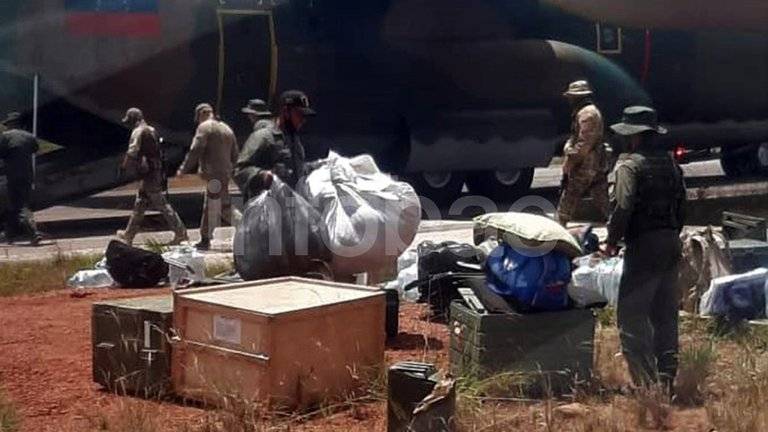 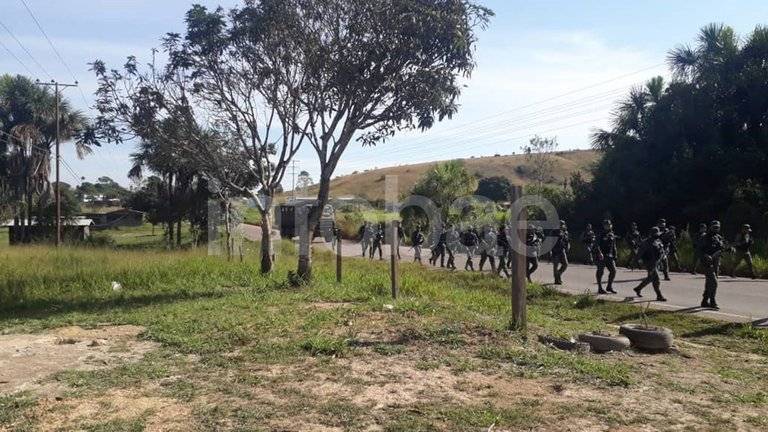 A video has also been published, which, according to Infobae, captures the Russian military who arrived on October 9 in the Bolivar state bordering Brazil:


The publication publishes the opinions of local residents, who report that, together with the Russians,

“... a commission has arrived with representatives of the General Directorate of Military Counterintelligence (Dgcim), but it keeps its presence secret. They seem to really believe that there will be a military invasion on this border ... They (the Russians) walking around the city are very mysterious, but everyone here knows who they are from the day they arrived at the airport. Of course, this is very scary, because we do not know when and what can happen. "
It is reported that "now the Russian and Venezuelan military are conducting exercises (shooting) at the border in anticipation of aggression from Brazil."

It remains to be hoped that the next aggravation on the border is just a consequence of dangerous political games and is not a harbinger October surprise President Trump's blitzkrieg in Venezuela.

Ctrl Enter
Noticed oshЫbku Highlight text and press. Ctrl + Enter
We are
Under the guise of environmental cooperation. American militarization of the AmazonWhat you didn't want to know about England
25 comments
Information
Dear reader, to leave comments on the publication, you must to register.