Yerevan does not use the reconnaissance potential of the Su-30SM, the Aerospace Forces are inactive. Disappointing forecast for Stepanakert 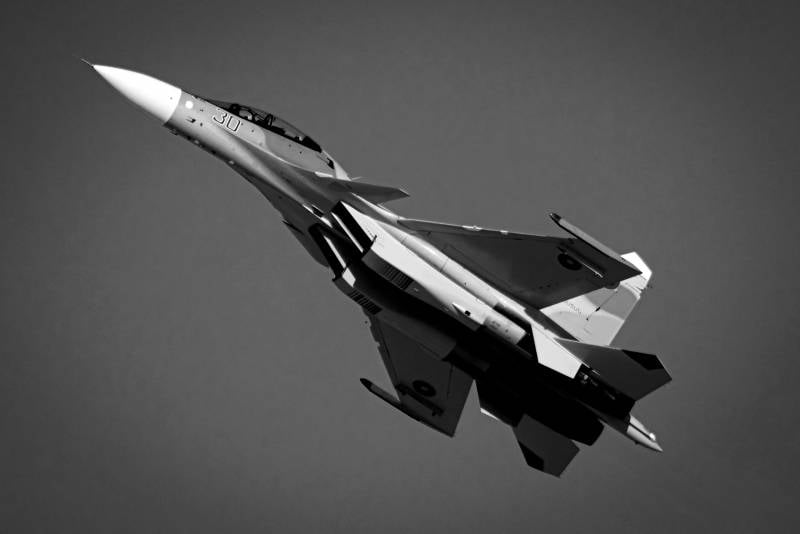 In light of the successful offensive actions of the Azerbaijani army along the Araks River, as well as in the areas of the settlements of Fizuli, Jebrail, Haji Ismayilli, Gumlag, Soltan, etc. numerous observers and a number of military experts were puzzled by the following question: what is the real reason for such a low defensive and offensive potential of the NKR Defense Army and the Armenian Armed Forces in the southern operational direction of the Nagorno-Karabakh theater of operations? After all, firstly, both of the above armies have impressive arsenals of multiple launch rocket systems and operational-tactical missile systems (including Iskander-E with 9M723-1E super-maneuverable OTBRs), which ensure the delivery of “decapitating” strikes as against motorized rifle units carrying out offensive operations and at stationary points of material and technical support of the Armed Forces of Azerbaijan.


Secondly, the majority of the S-300PMU-2 Favorit, Barak-8ER, Buk-M1-2, Iron Dome, etc. anti-aircraft missile / anti-missile systems in service with Azerbaijan's air defense forces. still do not cover the units participating in the offensive, since they are deployed mainly in the central and eastern regions of Azerbaijan in order to avoid hitting the radius of action of the modernized Armenian and Karabakh barreled artillery, as well as the Grad MLRS equipped with "long-range" 122-mm unguided rockets of the type "Extended Range Artillery Rocket" with a range of 30-40 km (eloquent proof of this is the unhindered strikes by the outdated and low-maneuverable 8K14 Elbrus OTBRs against the strategically important military infrastructure of the Ganja airbase).

The answer to the above question lies in several dimensions at once. First of all, this is the limited use of modern self-propelled military anti-aircraft missile systems of the Tor-M2KM and Buk-M2E types in the active sector of the theater of operations by the Armenian air defense forces, capable of detecting in advance and simultaneously intercepting 4 and 24 enemy air targets with a correspondingly effective reflective surface 0,02-0,05 sq. m (in relation to "Buk-M2") and 0,05-0,07 sq. m (in relation to the "Toru-M2KM"), against the background of the formulation of active (frequency-targeted) noise interference by the enemy's electronic warfare means with a power of up to 1000 W / MHz. As you know, the outdated Osa-AKM self-propelled air defense systems actively used by the Armenian Air Defense Forces, equipped with single-channel centimeter guidance radars with low sensitivity of the receiving path and coherent-pulse parabolic radar detectors with similar receiver parameters, could not repel the massive strikes of the Harop kamikaze drones with EPR less than 0,1 sq. m.

Equipped with radar detectors based on promising flat PFAR, as well as PFAR guidance radars, the Tor-M2KM complexes (in the case of integration into a single network-centric air defense-missile defense system in conjunction with the Buk-M2 air defense system as part of a mixed anti-aircraft missile brigades) could easily fend off the strike potential of the "Harop", not to mention the lawlessness wrought by the links of the "Bayraktar".

To our great regret, this time we witnessed the utter carelessness and incompetence of the actions of the MFA commands and the Armenian air defense troops, expressed in the hasty deployment of the Tochka-U OTRK without proper cover with the Tor-M2U and Buk-M2 complexes, which weeks earlier, the operators of one of the Azerbaijani UAVs "Bayraktar TB2" were captured by means of an integrated turret multispectral optical-electronic complex.

Secondly, this is the use by the combat crews of the S-300PS anti-aircraft missile systems of the Armenian air defense troops by far not all the capabilities of the "Three hundred" radar architecture during combat duty near Kakhnut and Khojaly, which we analyzed in detail in our early review "Unhindered defeat of the 36D6 self-propelled PU 5P85S of the Armenian S-300PS: a pretext for pompous reports of the Azerbaijani media or just another delusion? " In particular, in the course of the deadly raids of the Azerbaijani Harop UAVs on the positions of the Armenian 300PS, the operators of the S-36PS deployed near Kakhnut used only the outdated 6D0,1 radar detector with a sector-cylindrical antenna array to monitor the airspace in the missile-hazardous direction and low sensitivity of the receiving path, unable to confidently detect and track targets with an image intensifier tube less than 30 sq. m, while for direction finding of "Harop" the most dangerous sectors of the airspace had to be monitored by the PFAR illumination and guidance radar 6N0,05E, capable of tracking targets with an image intensifier of XNUMX sq. m.

The combat crew of the S-300PS stationed near Khojaly did not even bother to implement the combat alert mode (all-round view of the airspace) of the 36D6 radar, which was captured by the multispectral optoelectronic complex of the attacking Harop. In the video material transmitted to the combat control point of the kamikaze drone "Harop" via the radio channel of the two-way asynchronous data exchange line, the 36D6 RLO with a fixed antenna post is captured. Is this not an ideal target for a low-speed "cardboard" and very "cunning" drone from the Israeli military-industrial concern IAI?

Thirdly, equipped with far from the most perfect and accurate inertial guidance units based on the discrete-analog computing device 9B638, the 9M79-1 Tochka-U tactical missiles, as well as having even more "ancient" software guidance modules based on analog gyroverters lateral and longitudinal accelerations, as well as analog computing devices AS 1SB13 operational-tactical ballistic missiles 8K14M-1 have a circular probable deviation of 150-200 and 450-700 m, respectively. As a result, even their active use in the Nagorno-Karabakh theater of operations does not allow Armenia's MFA to achieve the final disabling of the required number of Azerbaijani "units" participating in the offensive, as well as effective destruction of the strategically important infrastructure of the fortified areas and air bases of the Azerbaijani Armed Forces.

Moreover, in the light of several episodes of going "into milk" (apparently, both in connection with the huge CEP, and due to failures in the operation of the INS) "Elbrus", intended to defeat the Ganja Aviation Base, the question of the inadmissibility of further use data from the OTBR in the theaters of military operations of the XXI century (including the Karabakh theater of operations). After all, the hit of the 4,8-swing 987-kilogram high-explosive warheads 8F44E of these products on the residential infrastructure of settlements entails catastrophic destruction with the death of civilians, which, unfortunately, we saw on the example of Ganja.

And finally, fourthly, one of the most compelling justifications for the mediocre defensive and offensive potentials of the Armenian Armed Forces and the NKR JSC in the southern operational direction of the Karabakh theater of operations is the low promptness of receiving information about the movement of enemy ground forces and assets in the ground sector of the theater of operations. In particular, the difference from the command of the Azerbaijani Armed Forces, which on a permanent basis receives information about tactical ground and low-altitude air situations in the Karabakh theater of operations from the multifunctional anti-jamming AFAR side-scan radars MESA installed on Boeing 737AEW & C "Peace Eagle" aircraft of the Turkish Air Force (capable to detect, track and classify up to 3000 air and surface objects at a distance of 100-150 and 370-500 km, respectively), the Armenian Air Force command does not at all seek to use its key "strategic asset" for scrupulous monitoring and forecasting of further actions of the Azerbaijan Army and Air Force.

We are talking about the link of multifunctional super-maneuverable fighters Su-30SM delivered to the combat unit of the Armenian Air Force. As you know, the onboard PFAR-radars N011M "Bars-R" installed on these machines are able to provide pilots and system operators (two pilots) with information about low-altitude Azerbaijani drones loitering over the theater of operations with an EPR of 0,05 sq. m at a distance of 60 km (in the "air-to-air" mode), and on the movement of motorized rifle and tank enemy units, for which the Barsa-R software has a mode of direction finding and tracking of mobile ground targets GMTI (with a resolution of about 1,5 m).

This radar image of photographic quality can be transmitted to the NKVS-27 ground air communication terminals via the K-DlUE / I protected tactical communication channel, after which it is converted and relayed to the units of the Army of Armenia and the NKR JSC, as well as to the unified command posts for the command and control of air defense military assets to reduce the reaction time to the enemy air attack weapons that suddenly "jumped out" from the ridges of Artsakh. Meanwhile, unfortunately, there is still no information about the operation of the Armenian Su-30SM, as well as data on flights of Tu-214R strategic radar and optical-electronic reconnaissance aircraft in the airspace of Russia over Dagestan to monitor the actions of the Azerbaijani Armed Forces and timely informing our South Caucasian ally in the CSTO.

Ctrl Enter
Noticed oshЫbku Highlight text and press. Ctrl + Enter
We are
Not only Karabakh will be hit by the SOM-B1 missiles. Is Iskander equalized?Karabakh rift is eternal
108 comments
Information
Dear reader, to leave comments on the publication, you must to register.