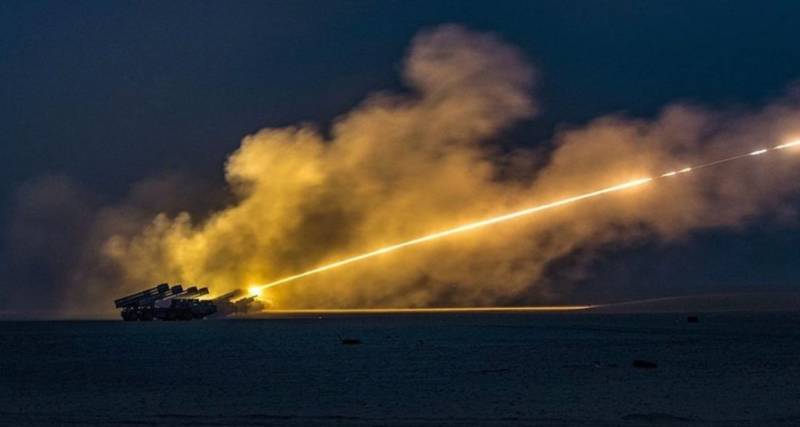 For three weeks, journalists and authors of numerous jingoistic domestic and Armenian military-analytical portals, blogs and "Telegram" -channels continued to blindly report exclusively on successful defensive actions, and sometimes local "counter-offensive attacks" of mechanized units of the Army of Armenia and the Nagorno AO -Karabakh Republic in the vicinity of the settlements of Jabrayil, Hadrut and Fizuli, referring exclusively to the data provided under the appropriate sauce by the Armenian and Karabakh official sources (central media, as well as the representative of the RA Defense Ministry Artsrun Hovhannisyan). But the operational-tactical situation in Artsakh, engulfed in the next round of the Armenian-Azerbaijani conflict, is not developing in favor of Stepanakert and Yerevan.

Successful offensive throw targeting the southern regions of Artsakh. To the fanfare of the upcoming Armenian-Azerbaijani talks in Moscow

Despite the very effective actions of anti-tank subunits, as well as rocket artillery divisions of the NKR Defense Army both on the southern and northern fronts of the Nagorno-Karabakh theater of military operations, regularly confirmed in numerous video reports of Armenian and Karabakh military correspondents over the past three weeks, motorized rifle brigades 1 of the 3st and XNUMXrd Army Corps of the Azerbaijan Army (with direct aviation support from the Bayraktar TB2 strike and reconnaissance drones and the IAI Harop kamikaze UAVs) still managed not only to maintain combat stability and continue to develop the offensive in the northwestern ON (with the final capture of Jabrail, Hadrut and Fizuli), but also to carry out a sudden rush along the Iranian-Karabakh border (on the western OH) to an operational depth of about 35 km.

The tactical bridgehead formed in the course of this throw, covering a number of settlements along the Araks river bed, will already in the foreseeable future provide units of the Azerbaijani army (with appropriate aviation and artillery support) the possibility of carrying out offensive operations in the northern operational direction (along the Aker river bed) with the final establishment visual and fire control of the cities of Urekan and Vurgavan that are strategically important for the NKR AO, and then with the likely formation of a southern tactical "cauldron" with further access to the Lachin corridor, which is much more critical for Artsakh.

The possible implementation of this scenario by the Azerbaijani Army Command is indirectly evidenced by the fact that over the past two weeks of the next escalation round in the Nagorno-Karabakh theater of operations, fortified areas of the NKR Defense Army in Urekan, Vurgavan and a number of settlements located along the Berdzor-Vardanats highway are regularly subjected to missile -artillery strikes from the side of rocket artillery battalions and artillery batteries of the Azerbaijan Army. These actions of the Azerbaijani military formations can be interpreted only as "long-playing" and exhausting artillery preparation before the forthcoming assault on the backbone of the NKR southern grouping.

It is to such a disappointing conclusion that one can come even after a brief acquaintance with the operational-tactical situation in the Karabakh theater of operations, provided by the online tactical map caucasus.liveuamap.com with reference to local military correspondents and competent sources in the defense departments of Armenia, NKR and Azerbaijan.

Despite a number of compelling substantiations of operational-tactical and organizational nature, the above forecast is not final and may undergo dramatic changes in the event that the command of the Armenian Armed Forces immediately implements extraordinary tactics with the verified use of modern short-range air defense missile systems "Tor-M2KM" in network-centric coordination with medium complexes. range of "Buk-M2E" (instead of using only the outdated self-propelled air defense systems "Osa-AKM"), as well as other countermeasures that were never taken by Yerevan in the real theater of military operations.

Ctrl Enter
Noticed oshЫbku Highlight text and press. Ctrl + Enter
We are
The age-old alarm of Nagorno-KarabakhYerevan Maidan: who is shaking Armenia?
137 comments
Information
Dear reader, to leave comments on the publication, you must to register.