Global unrest. Why is Operation Pandemic carried out? 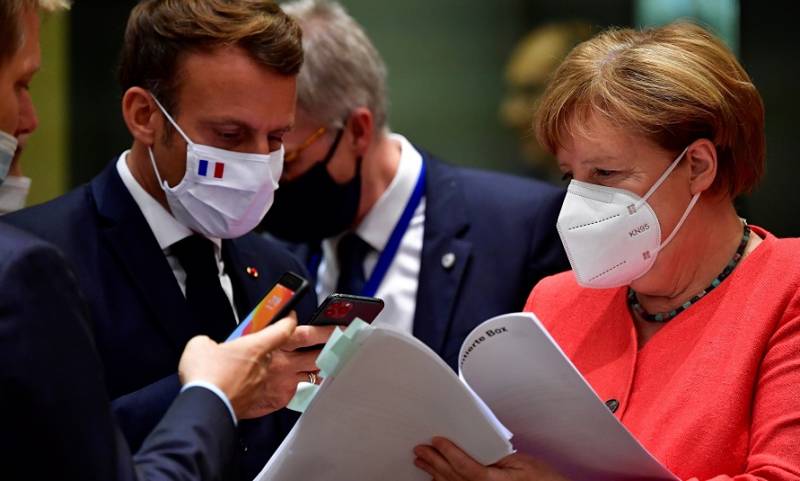 Why did they again have a psychosis and hysteria around the coronavirus "pandemic"? In general, an ordinary viral infection has received information pumping of the global threat level. Like the T-virus from Resident Evil.

The fact is that the world has once again found itself at a development dead end. The classic crisis of capitalism and the entire Western civilization (which has become global) with its consumer society, which leads to the degradation of man and humanity. Both the economy and the management system are in crisis. In addition, the situation is exacerbated by the development of technology. Those governance structures that existed before are not coping. Incidentally, this is one of the deepest reasons for the collapse of Soviet civilization. When society became more complex than the party and economic elite, the elite chose the path of simplification. She was scared of the future and refused to dash for the stars. Stagnation (stagnation) and degradation began. And in the end - decay. The USSR was broken up into principalities, baronies and khanates. For three decades of post-Soviet years, degradation continued. And we have come to a new cycle of disintegration, turmoil and wars.

However, the West has also come to this impasse. The Western world has always survived and grew fat by expanding, seizing and plundering other people's resources, channeling negative energy in the colonies, the periphery of capitalism. Crises were resolved through large wars. The problems of the West were solved at the expense of plundering and the development of other people's resources and energy. In the First World War, the victims were the German world (a competitor of the Anglo-Saxons within the Western project), Russia and Islamic civilization (the Ottoman Empire). The seized wealth lasted for a very short time. Therefore, they organized the Second World War with the aim of re-murdering and plundering Russia and Germany, with the involvement of almost all of Europe (except England) and Japan. Russia-USSR resisted, even became the flagship of all mankind. Then the third world war began, the so-called. cold. A direct war against the Russians was impossible. The war was informational-ideological, political-diplomatic, economic. Direct hostilities were allowed only on the territory of third countries.

As a result, Russia-USSR was destroyed and plundered, like most of the socialist countries. This was enough for the West for less than a decade. The capitalist world, which has become global (including China, where the communists rule, but the country is included in the capitalist system), has hit a dead end of development. There is nowhere else to expand! There are no “hunting zones” left. Moreover, the systemic crisis of the West and capitalism caused a whole series of crises: ecological (consumer society dirtied the planet), human crisis (its simplification, degradation), crisis of the white race, its extinction, crisis of biblical and Koranic cultures, financial and economic crisis - the crisis of the petrodollar systems.

The Western leadership cannot solve the problem in the same way: by dumping entropy to the periphery, by a big war that will burn out most of the contradictions, smooth out others, and create a new balance of power. Although attempts were made, which caused a series of conflicts, uprisings, revolutions and wars around the planet. But the elites are afraid to start a big war. Nuclear missile weapon can cause unpredictable consequences. And the elites are accustomed to a comfortable, beautiful and well-fed life.

And the problem of the crisis must be solved, otherwise a global catastrophe will occur. The Western elite (which has become global) sees a way out in simplifying the world. A new slave and feudal system, but with the latest technology available only to a select few. Such a future is quite visible in Western science fiction films (Elysium - Heaven Not on Earth (2013), The Hunger Games cycle). TV shows like Game of Thrones clearly show the desire to divide the world into "empire-thrones" with an archaization of society. Where there are elite closed classes and commoner slaves. The world of the future is huge anthill cities. In particular, the project of twenty agglomerations is being promoted in Russia. And around them - "wild land". With destroyed social, economic and cultural infrastructure.

What does COVID-19 have to do with it? To drive people into this "bright" future, you need to intimidate them. It is dangerous to start a big war. But you can run the lite version. No missile strikes (with exceptions like in Syria and Karabakh), tank avalanches and air armies. And the result will be the same. The collapse of the global economy in 2020 has already triggered a massive rise in deaths and poverty across the planet. It will obviously get worse. All this was already under Hitler, but now it will be in a varnished, "humanitarian" form. "Digital concentration camp". Voluntary renunciation of rights and freedoms. People are presented with a choice: security or freedom. Those who do not wish to give up their will will become a “heretic”, “Old Believer”, etc. Those who choose “safety” will receive a security clearance code: in accordance with their social rating they will be divided into caste-estates. Huge metropolitan areas will become the new digital Babylon.

It is clear that this is not a one-step process. First, there were experiments: mad cow disease, bird flu, etc. Plus information preparation: zombie apocalypses, resident evil. Therefore, there will be not only this, but also the third and subsequent waves (as required). Ahead of 10-20 years of harsh world turmoil. Then the "king of the hill" will be determined and a new world system will be created.

Ctrl Enter
Noticed oshЫbku Highlight text and press. Ctrl + Enter
We are
The world we leave, the world we enter, and the world between themWhat you didn't want to know about England
257 comments
Information
Dear reader, to leave comments on the publication, you must to register.