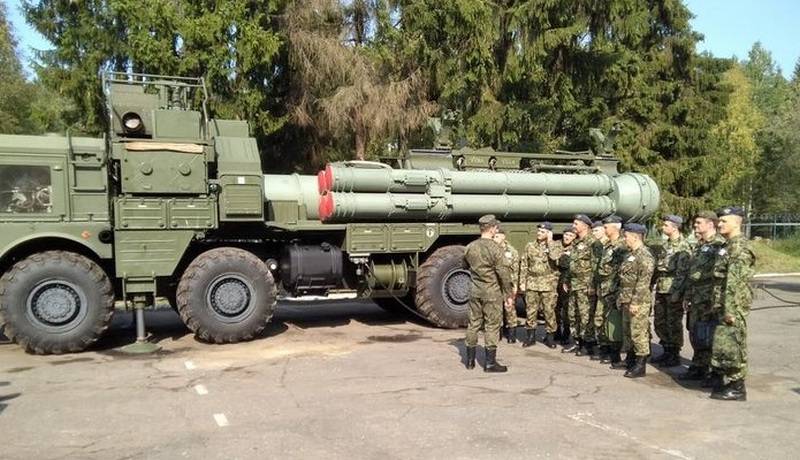 A video of the launch of a 9M96 anti-aircraft guided missile (SAM) with the MZKT-7930 chassis of the S-400 anti-aircraft missile system appeared on the Web. The video appeared on social networks and on YouTube. When the video was filmed and where, at the moment there is no information.

In contrast to the photographs, the launch of the 9M96 S-400 air defense missile system was recorded in the video for the first time. The video shows the "cold" start of the rocket, when it is thrown out of a vertically located transport and launch container by a charge of compressed air to a height of 30 meters, deployed using the gas-dynamic system towards the target, after which the rocket engines are turned on. 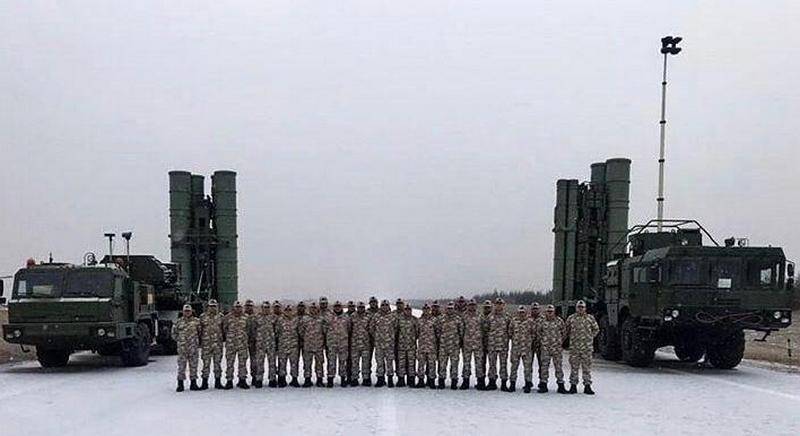 Right - PU 51P6A with simultaneous placement of two 48N6E2 missiles and four 9M96E2 missiles
Ctrl Enter
Noticed a mistake Highlight text and press. Ctrl + Enter
We are
An unusual C-300 launcher "lit up" at the Ashuluk training groundDemonstration of the chassis MZKT-79291
55 comments
Information
Dear reader, to leave comments on the publication, you must to register.