History of one collection

Dinnerware for Luftwaffe pilots (photo on the collectors website)

Many of us have collected something at least once in our life. Someone collects calendars, gum inserts, coins or boxes of matches from different countries. And some collect retro cars, cold bladed or firearms weapon... We still have a great many such enthusiastic collectors, and the object of this passion is not always harmless, and sometimes even forbidden or dangerous. But what collectors of all ages and hobbies have in common is their passion for the object of their adoration, which they can tell you about for hours if not stopped in time. True fans of their craft, they immerse themselves in their topic and live by it. It is worth at least once in your life to get to their get-together and plunge into this interesting world, how you can get infected by collecting anything. About one of these collectors, my friend Herman (name has been changed), I want to tell a real history.

At one time we worked together with him in the neighboring offices of a large financial company. He has advised wealthy clients in the selection of investment products. Once, in a conversation in the corridor, he suddenly remembered me. We even went to the same school, only he was several grades younger than me. Then I found out that he collects tableware from Luftwaffe pilots (the German Air Force as part of the Wehrmacht). Porcelain plates and cups, saucers and salt shakers, table knives, spoons and forks - everything was stamped in the form of a soaring eagle holding a swastika in its claws. In my opinion, so, nothing special. Quite ordinary army china tableware without any special frills and decorations. But for Herman, she became some kind of fetish. He studied a lot of documentary materials, delved into the military archives and now he told a lot about the aces of the Luftwaffe, who shot down "Stalin's falcons", including in the sky over our small homeland.

Numerous battles for air superiority took place in the Kuban sky, especially fierce battles along the so-called blue line, when hundreds of aircraft were simultaneously in the sky. My father also told me that as a teenager, when he stayed with his mother and sister in the Nazi-occupied Krasnodar, he climbed onto the roof of the shed to lie down to observe the air battles that sometimes took place in the sky over the city. At the end of 1944, my father was drafted into the army, and he went to catch up with the front that was rolling back to the west.

But Herman was “on the other side,” and then it became a mystery to me, as in the song: “Where did the lad get Spanish sadness?” The pinnacle of his dreams would be to find an air propeller from a real "messer" to hang it on the wall in his hall.

We studied with him in the same Soviet school, practically with the same teachers, but our values ​​and views turned out to be diametrically opposite. True, I had another classmate, a poor student and sloven Vova, who somewhere got hold of a rusty German helmet, brought it to school and put it on while there was no teacher in the class.

But Herman was from an intelligent teaching family and studied well himself.

Here he, carried away by the story, proudly shows me a photo of his extensive German collection. Tells about the victories of eminent aces, gentlemen officers of the Luftwaffe, who ate from these dishes with these same cutlery. But when he added that he himself sometimes uses dishes from his collection, I realized: this is already a "clinic". It would be disgusting for me to even take such "relics" from which these geeks ate, and he was simply bursting with pride. At that time, I also began to collect my collection of awards from the tsarist army of Russia and, as a collector, I already imagined all the doom of his position, when a hobby simply sucks in, like into a whirlpool.

And it had to happen that in the same year projects were launched on the Internet "Memory of the people" и "The feat of the people" - sites where it was possible to search for information in the archival documents of the Second World War about their relatives by name and year of birth. And then an excited and joyful Herman runs into my office, calls me to his computer. It turned out that in the search bar for information about a participant in the war, he indicated the data of his grandfather, about whom his family knew only that he had disappeared at the very beginning of the war. You should have seen what was the amazement of Herman when he learned that his grandfather was not missing, but was posthumously awarded a medal, having accomplished his last feat in his life, defending our Motherland from the Nazis. From the very gentlemen of the German Luftwaffe officers whom Hermann so admired. It seemed to me that then he also understood something important for himself. He looked unusual, and something in his eyes had changed.

Then his office was transferred to another place, and later he changed his place of work. We did not see each other for a long time and met by chance on the street, after a year or more. Share the news about mutual acquaintances, and I asked him about the collection of dishes. Here he greatly surprised me and pleased me at the same time. With the words “I'm tired of it, and I sold it,” he quickly jumped to the topic of his new hobby. Now he is desperately carried away by the history of the conquest of the North Caucasus from the Azov to the Black Sea. Herman found in the archives and re-read all the memoirs of the participants in those events and now he could spend hours talking about their military expeditions against the mountaineers, exciting adventures and battles in the Caucasus mountains. He showed his new items of military paraphernalia of those years: rifle bullets, a medal and a British button.

This was already closer to me in spirit, since the topic intersected with my hobby for the awards of the tsarist army. To tell the truth, my hobby, too, did not arise out of the blue. It turns out that my distant great-grandfather on my father's side participated under the leadership of Suvorov in the capture of the Turkish fortress of Ochakov in 1788. My father recalled how in childhood, even before the war, he was played with this elongated silver medal, which was passed down from generation to generation and kept in their family. He remembered by heart the text written on this medal, which was later lost during the war and the German occupation. When he returned home from the hospital, that medal was gone. 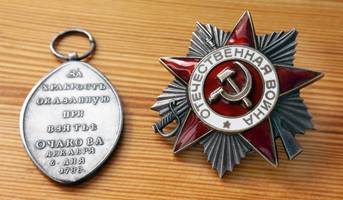 Maybe I am wrong about Hermann, and there were other reasons for the change in his interests. But in both cases, the spiritual connection between generations played an important role. So a tree, firmly holding its roots to its ground, will be able to resist the blows of the elements. Being carried away by the study of your own history, be worthy of the memory of your ancestors.

And a few more thematic photos from a private collection: 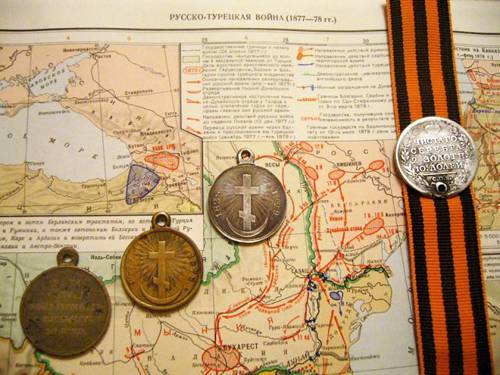 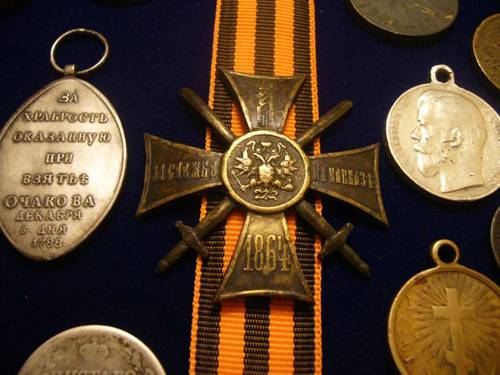 Ctrl Enter
Noticed oshЫbku Highlight text and press. Ctrl + Enter
We are
A great interview with Sergey Lavrov: about Ukraine, Obama and IranWhat you didn't want to know about England
13 comments
Information
Dear reader, to leave comments on the publication, you must to register.