Armenia and Azerbaijan agree on ceasefire and humanitarian truce 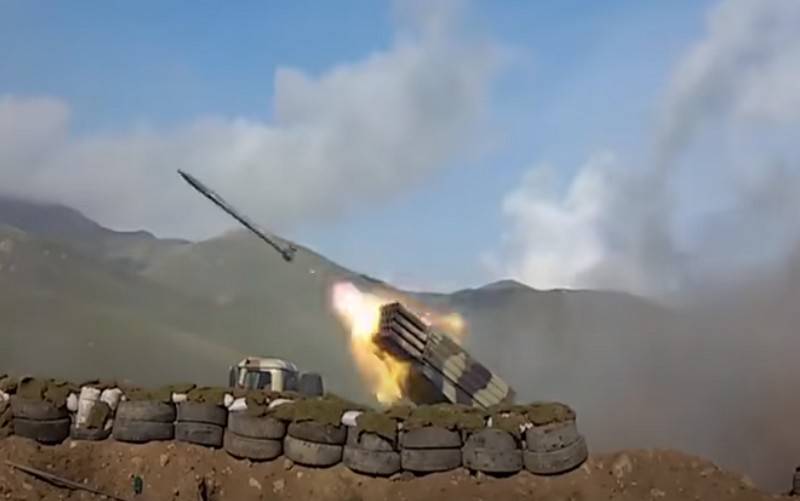 Armenia and Azerbaijan agreed on a ceasefire and humanitarian truce in the zone of military conflict. The agreement comes into force at midnight on the night of Saturday to Sunday, i.e. from 17 to 18 October. The Foreign Ministry of Armenia reports this.


According to the report, the decision was made in the light of the statements of the presidents of France, Russia and the United States, which are the co-chairing countries of the OSCE Minsk Group, and in accordance with the Moscow statement of October 10. The authorities of the unrecognized Nagorno-Karabakh Republic declared their readiness to comply with the agreements reached.

(...) The Republic of Artsakh confirms its readiness to comply with the terms of the ceasefire on humanitarian grounds on a reciprocal basis (...) in accordance with the Moscow statement of October 10 and the agreements of October 17
- stated in the NKR.

In turn, the Azerbaijani Foreign Ministry confirmed the ceasefire with Armenia for humanitarian purposes, which will enter into force from zero on October 18.

During the talks, the need to strictly adhere to the provisions of the Moscow Statement of the Ministers of Foreign Affairs of the Russian Federation, the Republic of Azerbaijan and the Republic of Armenia of October 10, 2020, providing for a ceasefire for humanitarian purposes, was emphasized. The importance of the agreement reached in Moscow on the commencement of substantive negotiations with the aim of an early achievement of a peaceful settlement based on basic principles through the mediation of the OSCE Minsk Group co-chairs was reaffirmed
- said in the message of the Russian Foreign Ministry.

Ctrl Enter
Noticed oshЫbku Highlight text and press. Ctrl + Enter
We are
Arrangements for a cease-fire between Azerbaijan and Armenia were reached in MoscowNew war in the Caucasus be?
Military Reviewin Yandex News
Military Reviewin Google News
126 comments
Information
Dear reader, to leave comments on the publication, you must to register.