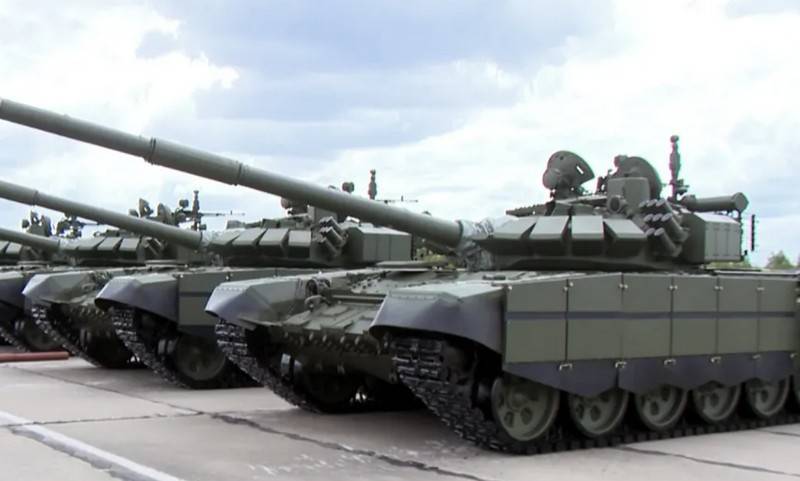 
The division reportedly received 10 upgraded T-72B3M tanks with improved combat characteristics. The received vehicles are undergoing training, after which they will be involved in the control check of the division for 2020.

(...) 10 T-72B3M tanks with improved combat characteristics entered service with the Central Military District's Guards Tank Division. The new technology will increase the combat capabilities of the compound through improved maneuverability and armor protection of the crew. This combat vehicle is equipped with a new engine, a complex of built-in passive and active protection, as well as a communication system "Aqueduct", a multi-channel sight "Sosna-U" with a thermal imager
- said in a statement.

As previously reported, the T-72B3M tank received a B-92S2F engine with a capacity of 1130 hp. and an automatic gearbox, on the turret and hull of the tank, the "Relic" dynamic protection is installed, more reliable tracked tracks are installed.

The Guards Vitebsk-Novgorod twice Red Banner tank division of the Central Military District was formed on December 1, 2016. It includes 3 tank, motorized rifle and self-propelled artillery regiments, an anti-aircraft missile battalion, a reconnaissance and engineer battalion, units and subunits of combat, logistic and technical support.
Ctrl Enter
Noticed oshЫbku Highlight text and press. Ctrl + Enter
We are
Special Forces of the Central Military District "worked out" taking into account the Syrian experienceVKS destroyed in the area Akerbata infrastructure IG *
59 comments
Information
Dear reader, to leave comments on the publication, you must to register.