Kiev does not need "cool yachts" with missiles: the Navy criticized British boats 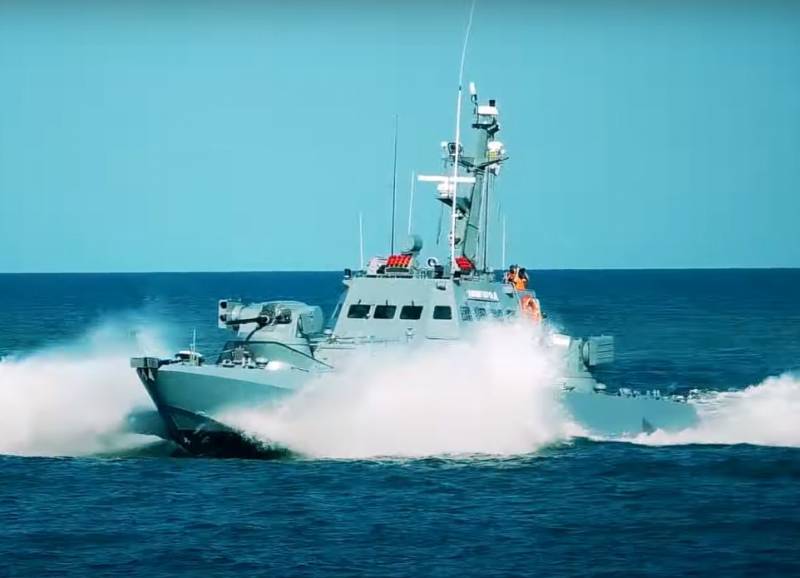 Great Britain offered Ukraine a project of combat boats, which allegedly have not yet been produced and sold for any country in the world. But in Kiev, they are not very happy with the British "generosity".

However, immediately after the publication in the newspaper, the Ukrainian military hastened to refute these unflattering characteristics, fearing that London would be offended. Nevertheless, intelligible explanations of criticism from the rear admiral still followed.

As noted in the Ukrainian Navy, the British project is not suitable for the Ukrainian the fleet... This is due to the fact that the UK in modern conditions has no experience in the construction of missile boats. The last boats were built in the 1970s. Since then, in the UK, missile boats have been made only to order for foreign countries, and private companies are engaged in this. It is such a company that is going to offer its project to Kiev. But, in essence, the proposed boat is a large yacht, reminiscent of a civilian vessel, on which missile launchers are mounted.

Therefore, the Ukrainian sailors immediately rejected the British boat as unsuitable for placing a missile weapons... Here it is necessary to take into account the specifics of modern Ukrainian reality: it is one thing - boats for the coast guard of some Bahamas, and quite another - boats for the Navy, given the difficult relations with Russia and the "Crimean issue".

In addition, the project proposed by the British firm is completely new. Such boats have not yet been tested, have not been in service in any of the naval forces of the world, and this also reduces the level of confidence in them from the command of the Naval Forces. London's willingness to finance the construction of new boats did not become an argument either. Even this circumstance does not mean that Kiev is obliged to agree with any proposals of the British side.

However, Great Britain may well start financial blackmail: the point is that the condition for granting a loan for the purchase of boats is the mandatory participation of British military-industrial enterprises in the construction of ships. If Ukraine orders boats from some other country or builds them independently, without using, even partially, the services of British enterprises, then Kiev risks not receiving money.

Meanwhile, the Ukrainian Navy claims that in addition to the British project, there is also a Turkish one. In addition, in Ukraine, its own version of the boat is being developed at the Experimental Design Center for Shipbuilding in Nikolaev. This enterprise, in contrast to the obscure British company, has a fairly good reputation in the field of shipbuilding.

The Ukrainian version of the boat may be even more optimal, since it differs in much smaller dimensions than the British boat, the presence of air defense, while the British project lacks air defense, a high level of autonomy and even the ability to install the Neptune anti-ship missile system.

Now the Ukrainian fleet is in a difficult situation: the British Navy is clearly not needed, but if it is abandoned, London will not give money. Without money, it will be impossible to build your own boats. The vicious circle of the Ukrainian "square".

Ctrl Enter
Noticed oshЫbku Highlight text and press. Ctrl + Enter
We are
Reports from the militia of New Russia for 27-28 September 2014 of the yearDecember 2010 years. Russian March. Senseless and merciless? Notes not a Russian person
77 comments
Information
Dear reader, to leave comments on the publication, you must to register.