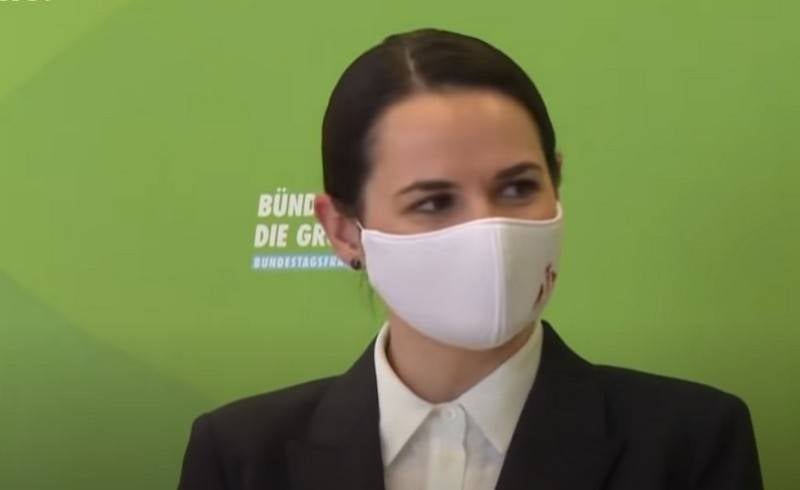 Former candidate for the presidency of Belarus, and now the head of the Coordination Council of the Belarusian opposition Svetlana Tikhanovskaya has been put on the interstate wanted list. This is stated in the statement of the Investigative Committee of Belarus.


According to the decree, the reason for the announcement of Tikhanovskaya on the interstate wanted list is calls for actions aimed at causing harm to the national security of Belarus. The Investigative Committee of the Republic has evidence of the illegal activities of Tikhanovskaya and some other members of the Opposition Coordination Council.

If Tikhanovskaya is detained, according to the article "Public calls for a violent change of the constitutional order, or treason to the state," she faces from two to five years in prison. It is emphasized that the use of the media and / or the Internet is considered an aggravating circumstance.

The Russian Ministry of Internal Affairs confirmed that Tikhanovskaya was put on the wanted list on the territory of Belarus and Russia, as well as the interstate wanted list. At the same time, it is emphasized that Russia itself has no questions about Tikhanovskaya, but within the framework of the Union State, Russia has obligations that require fulfillment.

The Kremlin, answering a question whether the announcement of Tikhanovskaya on the wanted list is not considered politically motivated persecution, answered that it "does not count."

It should be reminded that on October 13, Tikhanovskaya delivered an ultimatum to the incumbent President of Belarus Lukashenko: he must announce his resignation by October 25, violence in the streets must stop, all political prisoners must be released. If the requirements were not met, Tikhanovskaya threatened "with a national strike of all enterprises, blocking all roads, and a collapse in sales in state stores."

Ctrl Enter
Noticed a mistake Highlight text and press. Ctrl + Enter
We are
"Support the Belarusian people": Tihanovskaya from Vilnius appealed to the RussiansSvetlana Tikhanovskaya left Belarus, moving to Lithuania
144 comments
Information
Dear reader, to leave comments on the publication, you must to register.