Weak ruble: pros from Manturov and cons in life 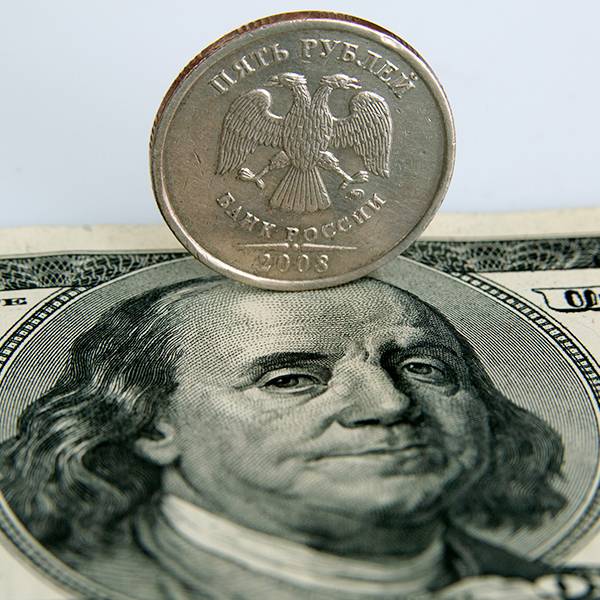 They won't tell ours?

The ruble has recently quite unexpectedly become the subject of heated discussions among officials and experts. At the same time, in Russia, the majority spoke about him and his prospects without optimism, while abroad the Russian currency was called and is called almost the most promising.

One of the first media outlets to come out with positive forecasts for the ruble was Bloomberg (Why is Bloomberg betting on the ruble?), which has never been distinguished by loyalty to the Russian leadership, with the exception of the financial and economic block of the government.

Apparently, based on this, the head of the Ministry of Industry and Trade Denis Manturov this week decided in a detailed interview with Bloomberg correspondents to talk very frankly about what the last soft devaluation of the ruble gave Russia.

Bloomberg called it soft, but for Russians it did not come as a shock just because it happened during the first wave of coronavirus. Since then, little has changed, although the ruble also approached the second wave of COVID-19 clearly not in the best condition. He overcame, and already, it seems, finally, the psychologically important milestone of 90 to the euro.

This in no way diminished optimism among foreign analysts about the prospects for the Russian currency, and they are with obvious satisfaction replicating the statements of the Russian minister in favor of a weak ruble.

The Russian press did not hear anything like this from the Minister of Industry and Trade; they had to reprint it from Bloomberg. According to him, the ruble, which has fallen significantly in exchange rate, is beneficial primarily for those companies that do not depend on imports.

It is not easy to say how many of them are in Russia today, but clearly not as many as Mr. Manturov would probably like. And clearly less than it was during the first global devaluation of the ruble after the default in 1998.

Then the rate on the weak ruble worked quite well, albeit in combination with a number of more stringent measures. Starting with fixing non-payments and ending with the tightening of currency and export controls.

Nevertheless, Denis Manturov, like Bloomberg analysts, is also ready to radiate optimism. He has no doubts that the fall in the ruble exchange rate will reorient enterprises to the domestic market. 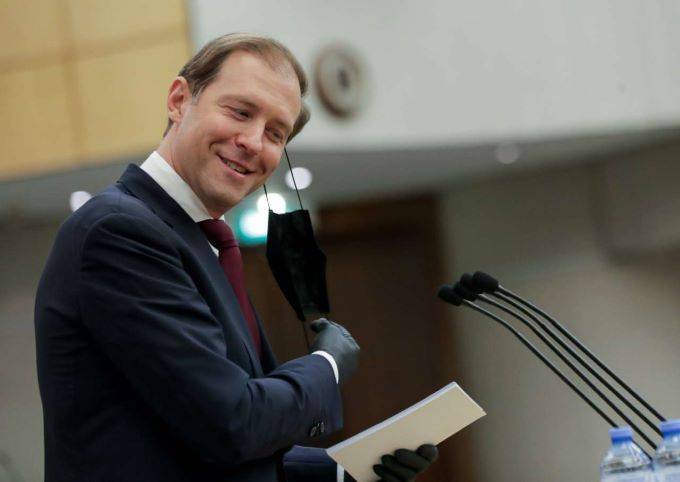 Completely forgetting that a colossal share of currently operating enterprises in Russia is either screwdriver assemblies of components coming from abroad, or plants and factories operating on foreign raw materials.

And how they should reorient themselves is a big question.

Banal misconceptions almost always have to be refuted by equally banal arguments. However, this does not negate the need for these arguments to be heard as regularly as the controversial statements of officials.

So, we quote from Manturov: the weakening of the ruble is beneficial to Russian exporters - fertilizer producers, gold mining and metallurgical companies. And there is even a clarification: "their pre-tax profit will grow by 10-20 percent."

The minister simply forgot about the oil and gas workers, and perhaps justifiably: they are recouping for losses due to the decline in oil and, as a result, gas prices, just on the domestic market. And in Russia, gasoline prices are growing, while all over the world they are decreasing.

The minister did not focus on the fact that a weak ruble is beneficial for those who have minimal debts in foreign currency and a large share of ruble expenses. The journalists did it for him. But they did not pay attention to the fact that such companies are by no means the majority in Russia, and they now also have serious problems with the fall in demand.

The minister did not hide his joy for those companies that are not heavily dependent on imports. They are, in his words, "now in an advantageous position." Specifically, Mr. Manturov did not name anyone, and he would hardly be able to: such enterprises have long been no longer among the leaders of the Russian market, and they by no means try to keep themselves in sight.

The limit of the minister's banal optimism was not exhausted by this. He decided to express the hope that "the peak is over", and at the same time to note that "the recovery in many industries has been very rapid." For my part, I would like to remind the minister that the effect of a low base must have worked here: it seems that there was almost nowhere to fall.

And prices will rise again

In parallel with the speculations about the Russian ruble, which were too similar to a sanctioned impromptu, Minister Manturov decided to remind our colleagues that the Russian economy was recovering in the summer after the cancellation of some of the sanitary measures introduced earlier due to the new coronavirus.

In this context, the official preferred to remain silent about the second wave, but made his forecast for the reduction of industrial production in Russia. Bloomberg reports that, according to the minister's estimates, it could reach 4,5% by the end of the year.

Someone always has reason to believe that it is good that the depreciation of the ruble allows them to take more successful competitive positions. But there are too many factors that do not allow us to stay on the devaluation needle indefinitely.

And among them, such as sharply increased spending on tourism, as well as the inability to buy currencies for a rainy day, are far from in the first place. Much more dangerous now is the prospect of practically inevitable inflation. And it will not be slowed down even by a greatly reduced consumer demand

The thing is that the Russian market is literally overflowing with goods, either simply imported, or with a solid contribution of imported raw materials or components to the cost price. As soon as stocks from old purchases in warehouses run out, expect an inevitable rise in prices.

The games of petrol kings will certainly affect the rise in prices. Having won back against you and me, they not only covered the losses in exports, but also further stimulated the fall of the ruble in order to win also on taxes.

We can only remember that the transport component in Russia is far from the smallest component in the final price of a particular product. And it is unlikely that it will be possible to compensate for it by lowering the level of staff pay.

There is one more important subtlety, which is not always paid attention to when speaking for a weak ruble. It only seems that the depreciation of the national currency will untie the hands of the same Central Bank in order to print more rubles and maintain high liquidity.

With liquidity and a cheap ruble, huge problems will remain. In addition, because of the low and, moreover, regularly decreasing by sharp jumps in the ruble exchange rate, we are unable to take root and low credit interest. Banks simply insure themselves against a fall in the exchange rate by overstating the difference in the rates at which they give money to someone or accept deposits.

Ctrl Enter
Noticed oshЫbku Highlight text and press. Ctrl + Enter
We are
Situational analysis of the death of the MH17 flight (Malaysian Boeing 777), made on the basis of engineering analysis from 15.08.2014Results of the week. “In our cooperative, the board is always agreed”
95 comments
Information
Dear reader, to leave comments on the publication, you must to register.