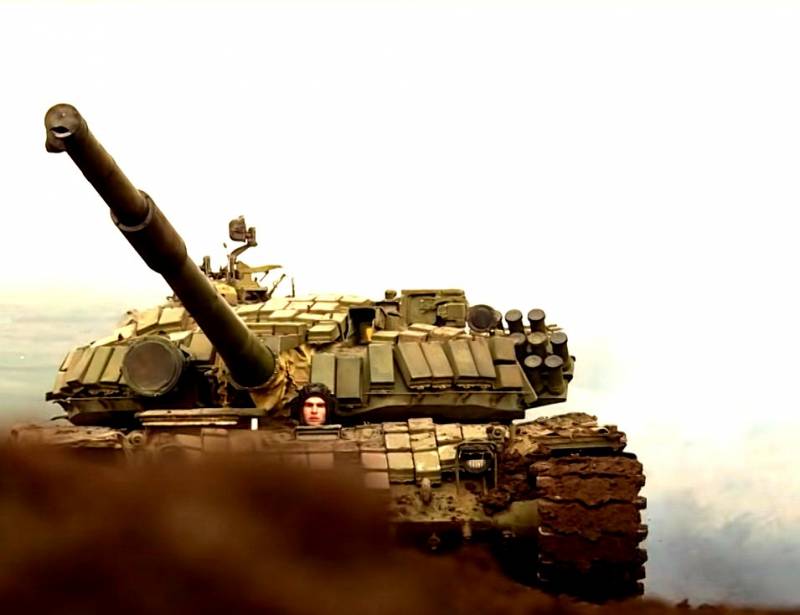 The successful use of UAVs by the Azerbaijani army in the Karabakh conflict sparked lively discussions about the "obsolete era" tanks and armored vehicles as effective means of combat in modern warfare. But the American magazine Foreign Policy refutes this point of view.


The armed conflict between Armenia and Azerbaijan attracted the attention of everyone who is interested in modern tactics of warfare. Since both sides are actively posting statements on the Internet about their successes on the battlefield and citing the number of destroyed enemy tanks and armored vehicles as confirmation, the question of the future of armored vehicles in modern battles has become the focus of attention.

Azerbaijan uses unmanned aerial vehicles with which it strikes Armenian armored vehicles. As a result, even many respected experts began to doubt the future of tanks. For example, the former commander of the Northern Army of the Indian Armed Forces, Lieutenant General D.S. Huda, claims: the era of large tank battles has passed, and there are more and more questions about the use of tanks in modern warfare.

At first glance, when the massive use of drones begins, tanks and infantry fighting vehicles turn into death traps for crews. But Foreign Policy author Robert Bateman, himself a former US Army officer, thinks differently: the fighting in the Nagorno-Karabakh region does not give any reason to talk about the "death" of a tank in modern warfare.

Success on the battlefield, Bateman emphasizes, is made up of three factors - preparation, terrain, and tactics. But the widely advertised statement about the superiority of UAVs over armored vehicles is, according to the American author, false. To establish an accurate picture of what is happening, one should believe not the reports of the press services of the Azerbaijani or Armenian military departments, but at least the video footage from the battlefield, since there are plenty of them on the Internet.

In the videos supplied by the press services of both armies, you can often see how many tanks and armored vehicles are destroyed not by UAVs, but by anti-tank mines or conventional ammunition. Of course, drones also cause damage to the enemy, but one should not assume that the destruction of armored vehicles occurs solely due to the use of modern unmanned aerial vehicle technologies.

The videos presented by both the Azerbaijani and Armenian sides, Bateman writes, only testify to the fact that neither Baku nor Yerevan understands that the cost of weapons is only part of the cost of training people to use these weapons competently.

Neither side has realized that even the most high-tech tank is just scrap metal unless you have trained and disciplined specialists capable of operating such a tank.
- emphasizes Bateman.

The presence of a large number of modern tanks that look spectacular during festive events does not mean that the country will be able to use them correctly on the battlefield. For example, the not so long ago held army games "ARMi-2020" showed that the tank crews of the post-Soviet republics, especially the Central Asian ones, are significantly inferior to the Russian ones, and not because of the worst tanks, but because of less preparedness.

When we talk about training, we mean not only the quality of training for driver mechanics and crew commanders. We are talking about higher ranks, including those who directly command tank units and formations on the battlefield, and those who plan operations in the headquarters of the ground forces.


As Bateman notes, in many videos from Karabakh, tanks or other armored vehicles are grouped, they do not maneuver, and this, in turn, inevitably entails substantial losses.

It's also about the terrain, and the UAV shouldn't be overestimated.

In addition, Nagorno-Karabakh is not a convenient country for conducting tank battles. Such terrain requires a different approach to the conduct of hostilities, emphasis on other forces, but this does not mean that tanks will not be effective in other terrain. For example, in the jungles of Vietnam, tanks were also not effective, but they proved to be excellent in other conditions.

The Indian General Huda, whom we quoted above, compares, and quite rightly, the conditions of Karabakh and Kashmir. In Ladakh, Indian heavy tanks were also problematic to deploy. But the world does not consist of Kashmir and Karabakh. Although many "hot spots" of our time are in mountainous areas, there are more flat areas and tanks are still effective there.

Bateman concludes that the conflict in Nagorno-Karabakh cannot testify to the "death" of armored vehicles - the drones did not make the tanks useless at all.

All that this war shows is two poorly trained armies, acting awkwardly, and the power of modern information technologies, which make it possible to quickly upload videos to the Internet,
- writes Bateman.

However, other conclusions can be drawn - the United States and its NATO allies underestimate the importance of military air defense. Drones are indeed a threat, but shooting down cheap drones is cheap too. Modern ground forces, even without air superiority, will be able to eliminate this threat. In any conflict, the force that has been invested not so much in the purchase of the latest "toys" as in the training of personnel will win.