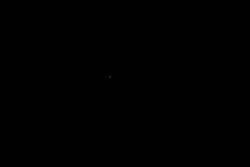 The world is ruled by signs and symbols, not words and laws. "
Confucius

Long way to the state flag. В previous post about flags it was about the choice of the national flag for the renewed Russia. Someone liked the idea of ​​a white-yellow-black flag, but some did not. And one of the reasons is very simple: the negative perception of black in Christian culture. For Christians, black symbolizes death, hell and hellish torments, devils with boiling resin and red-hot pans, but the fact that this is primarily the color of the nurse-earth fades into the background. And again, few people know that the red-blue color scheme on the flags of many countries symbolizes nothing more than the robe of the Virgin Mary. Moreover, in Western Christian art, the lower vestments of Mary were usually red, and the upper ones were blue, as a symbol of the fact that the human essence of the Virgin Mary was covered by the divine blue. But in the Eastern Christian tradition, everything was quite the opposite: the lower blue color symbolized the divine essence of the Mother of God, but the upper red - her nature, that is, the human principle. Hence, the primacy of certain colors in Western and Eastern European flags using these colors.

However, there were also some flags where black color was very widely represented, and one should not think that it was necessarily only a pirate flag.

For example, for some reason it is generally accepted in our country that Muslims under Muhammad fought under the "green banner of Islam." However, in reality this is not at all the case. The same Muhammad had more than one banner. There were two of them. One was called by the Arabs "liva" or "laiva" (which, in fact, means "banner"), and the other - "raya" (that is, "flag"). Abu Bakr ibn Arabi wrote that “the banner (“ liva ”) must be distinguished from the flag (“ raya ”). The first is attached to the spear from three sides and wrapped. The second is attached to the spear on one side, it flies in the wind. It can be assumed that the "flag" itself was the standard of Muhammad, and the "flag" was the banner of the army, which he led.

And now the "liva" of the Qureish tribe, from which Muhammad himself came, looked like two black rectangular pennants with rounded ends attached to the shaft at some distance one above the other, and the "raya" was a rectangular white cloth with a gold border with white circles ("Besants" in the European heraldic tradition) and two black plaits at the edges above and below.

But the "liva" of the Prophet Muhammad proper was an anagram of the Quraish - black instead of white, but with a white border without "circles". Accordingly, "raya" looked like two white pennants also with rounded ends, located one above the other. That is, the colors of the Prophet, it turns out, were two: black and white. Among the Ghassan tribe in Syria, "raya" was a red-yellow-red tricolor, again with a white border. So three colors were originally characteristic of Muslims: black, white and red. And what do we see? Today, all these colors are present on the state flags of many Arab states, including Syria, Egypt, Iraq and Yemen.

But the flag of Afghanistan was completely black for a while. Although it is interesting that it is Afghanistan that is the only modern country that has history the national flag was changed twenty-three times. Someone had a really long way to the flag. And there really, at one time, just a black cloth without inscriptions was used as a flag! And why so is understandable. Afghanistan is a Muslim country, and Muhammad used the "black banner of the Prophet" as a symbol of his new religion - Islam, and then he became the banner of the Abbasid caliphate. That is, we cannot get away from the religious essence of the flag's color!

The state of Afghanistan appeared during the Durrani Empire, which is considered to be the ancestor of the entire Afghan statehood. The empire flag was a tricolor of two green stripes and a white stripe between them, arranged horizontally. It existed from 1747 to 1823. 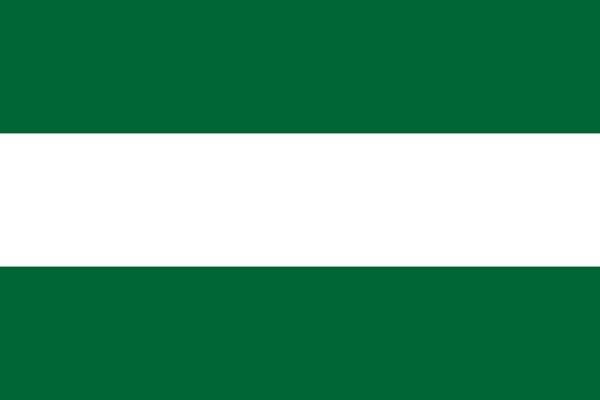 Flag of 1747-1823
After the collapse of this empire, the Emirate of Afghanistan appeared on the lands of Afghanistan, the flag of which was a black cloth without drawings. During the existence of the emirate, the flag managed to change twice. A coat of arms was added to the main black background, the design of which was then changed several times. 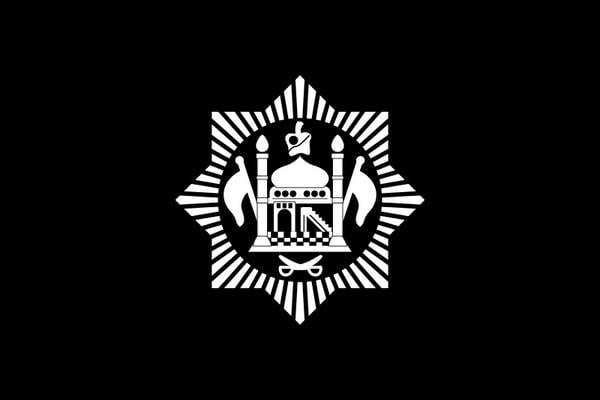 Then the flag was changed four more times, until it finally became striped, with stripes of black, red and green and a white emblem in the center.

In 1978, the Democratic Republic of Afghanistan was proclaimed, the flag of which is changed five times. This time was marked by close friendship with the Soviet Union and the choice of the socialist path of development. With whom you lead, from that you will gain. So the flag of the "new Afghanistan" was created in the best traditions of the flags of the states of the socialist camp: the USSR and China. 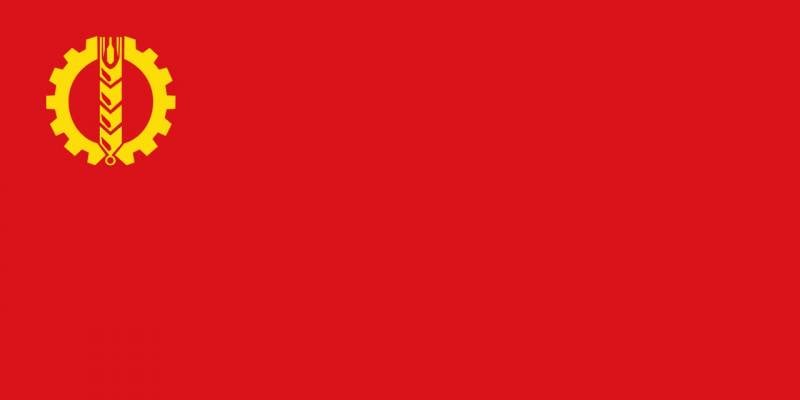 Flag of Hafizullah Amin's regime 1979
Major General Vasily Zaplatin, an adviser to the head of the GlavpUR of the Armed Forces of the DRA, in 1979 described Amin as "a loyal and reliable friend of the Soviet Union and a comprehensively trained leader of Afghanistan," but this did not save him from the hands of our special forces. However, the newspaper Pravda reported on December 30 that "as a result of the rising wave of popular anger, Amin, along with his henchmen, was brought before a just people's court and was executed." It's funny, isn't it?

Since 2001, the flag has gradually come to its modern version, although it has changed three more times. 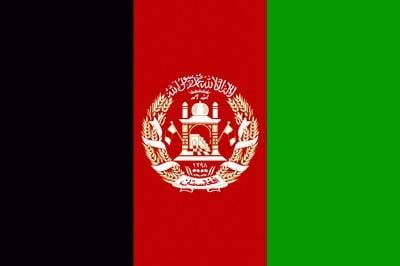 The modern Afghan version was officially adopted on 19 August 2013. According to her, it has three stripes of black, red and green, arranged vertically. The stylized image of the mosque is in the center. Black symbolizes religion, red is a common symbol of the struggle for freedom and independence, and green is success and prosperity. 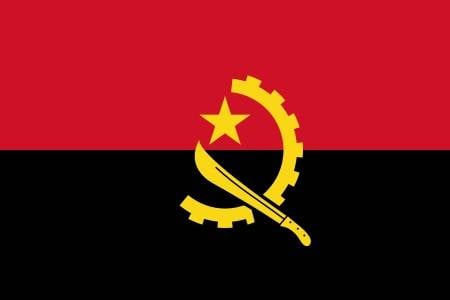 Angola flag
The flag of Angola also has a wide black stripe at the bottom, which means ... Africa, but the red one is the blood of its patriots shed in the war for freedom and independence. The star after choosing the "socialist path of development" was borrowed from the USSR, like other symbols, changed, however, due to local traditions: machetes (peasants) replaced our sickle, and part of the gear (workers) became an "adaptation" of the hammer. 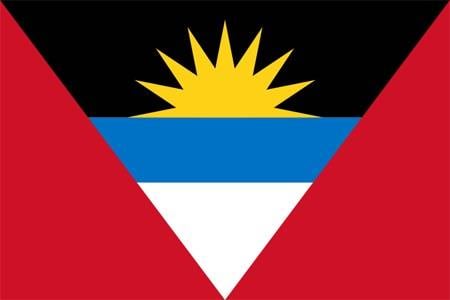 Antigua and Barbuda flag
There is also black on the flag of Antigua and Barbuda, and the triangle formed by the stripes is the Latin letter "V", that is, victory. The most popular explanation for the colors of the flag is the following: black is the color of Africa, from which large part of the country's population; blue - hope; red - energy and strength. The white and blue stripes symbolize the white sand and watery blue of the Caribbean Sea that washes these islands. Well, the rising sun is the most understandable symbol: it rose and brought freedom to the children of black Africa!

In addition to Russia, the tricolor blue-white-red tricolor is also used by some Slavic countries, and the same is the case with the Arab countries.

It's just that at the beginning of the 10th century, young leaders of a number of Arab states gathered in Istanbul and decided that the symbolic independent banner of the Arabs must necessarily be in tricolor. White is the symbol of the Umayyads, black is the symbol of the Abbasids, and green is the symbol of the Fatimids. Sharif Hussein, leader of the Hejaz (kingdom in central Arabia) uprising on June 1916, 1932, was from a family where red was the dynastic color. So he made a red cloth for his state flag. Later, the states of Hejaz and Najd became the predecessors of Saudi Arabia, which in XNUMX adopted a green flag with the inscription: "There is no god but God, and Muhammad is his prophet" and the image of a sword. 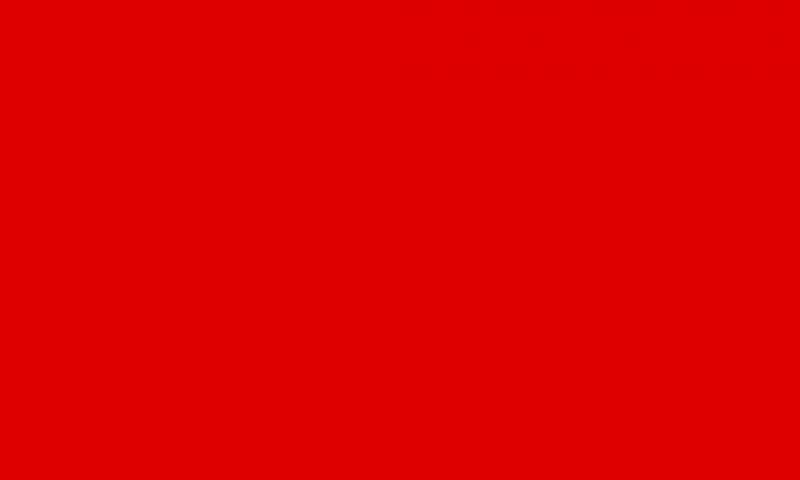 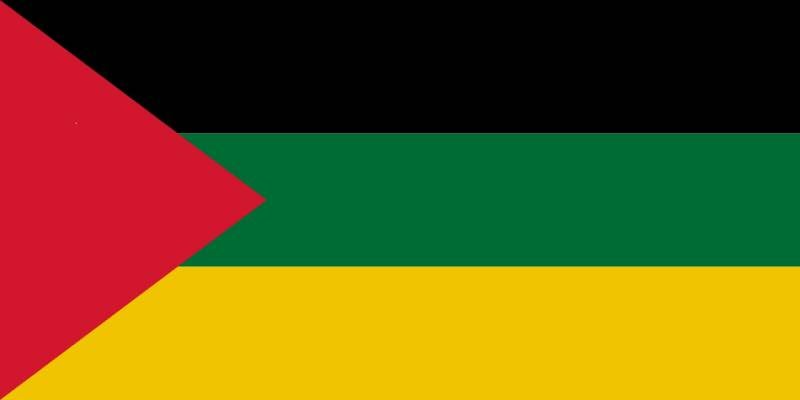 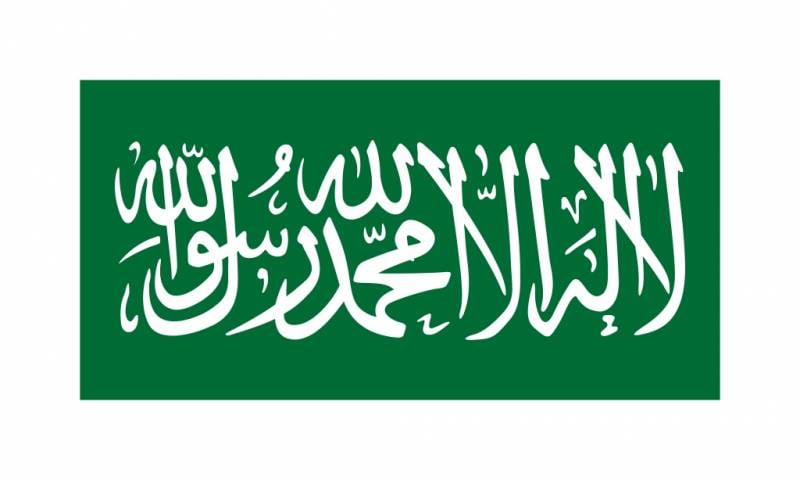 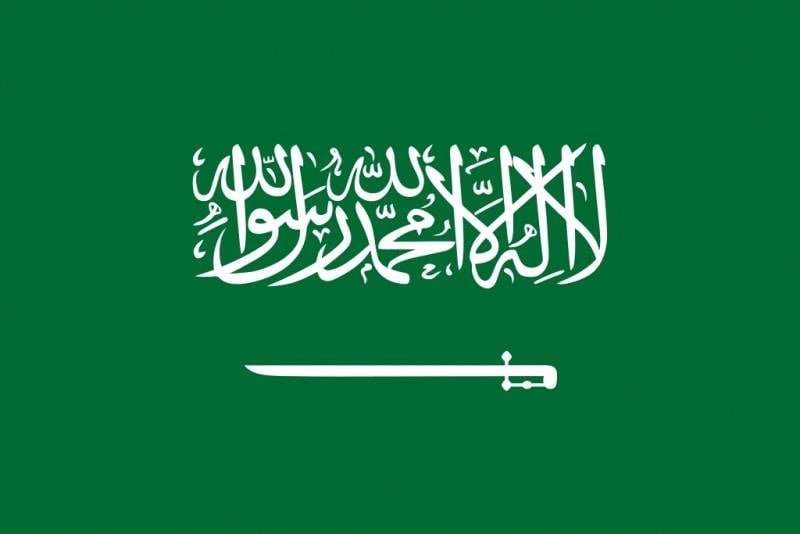 Modern flag of Saudi Arabia (since 1973)
But in Yemen, the flag remained tricolor, maintaining unity with the flags of other Arab states, except for the kingdom of the Saudis, although he had time to visit red in various versions. 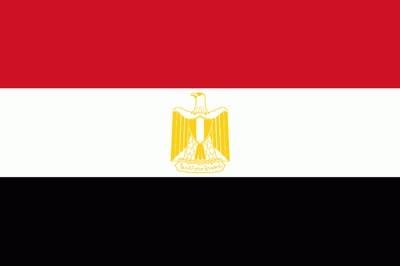 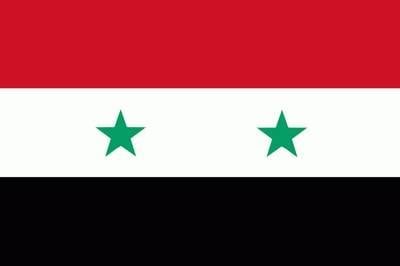 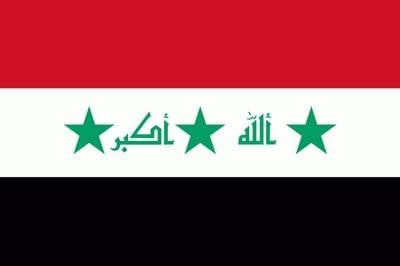 Yemen flag
The black color is also found on the state flags of Uganda, and at once in the form of two stripes, Mozambique, where not some banal hammers and sickles intersect, but a hoe with a Kalashnikov assault rifle against the background of a book and a star (!), South Africa (a black triangle at pole), but for the independent state of Papua New Guinea (this is its full name) black and red colors divide the flag field diagonally. 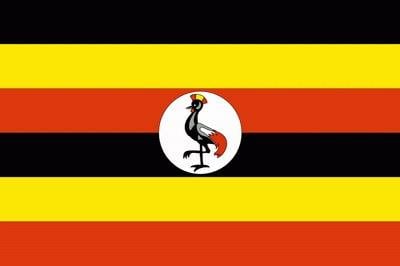 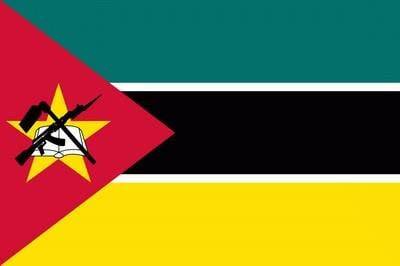 Mozambique flag
Interestingly, the flag was adopted following a nationwide competition, which was won by a drawing by fifteen-year-old schoolgirl Susan Harejo Karike, after which it was adopted on July 1, 1971. The explanation for the flag is very simple: black and red are the traditional colors of the Papuans, the bird of paradise is a symbol of happiness, and besides, it is practically only found there, and the constellation Southern Cross indicates the location of the state. 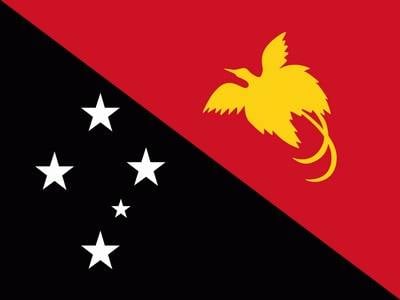 Flag of the independent state of Papua New Guinea 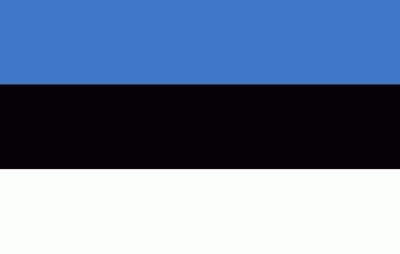 There is also a black stripe on the Estonian flag
Above it is blue, and below it is white, that is, it is also a tricolor with a horizontal arrangement of colors. It is believed that it was adopted as early as 1881. The colors are explained as follows: blue is the color of the sky over Estonia and the waters that surround it; moreover, it is also loyalty to national ideas. Black is the native land and ... the color of the national Estonian jacket; and he also talks about the hardships that the Estonian people have endured. Finally, white. As always, it is purity of thoughts, snowy peaks of Estonia (are there snowy peaks there?) And the traditional expectation of happiness in the future. Everything is correct, of course, but I would still put black at the bottom. After all, where is she, the land on which we walk? .. 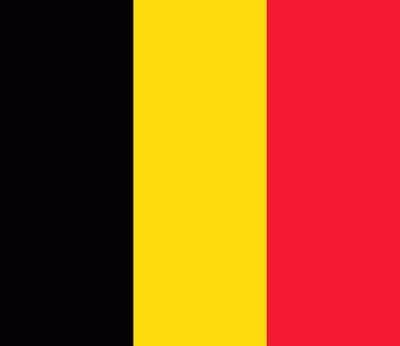 Belgium flag
On the flag of Belgium, the black stripe is at the flagpole, followed by yellow and red. But there is really nothing to explain: these are the traditional colors of the Duchy of Brabant, and what could be stronger than the good old tradition? 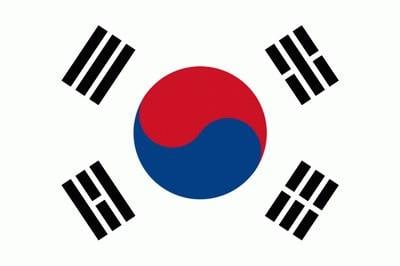 Flag of the Republic of Korea, adopted in 1948
The flag of the Republic of Korea (this is South Korea, the one located south of the 37th parallel) has four so-called trigrams on its flag, consisting of narrow black stripes. They are read clockwise, and mean sky and south, summer and air; moon and west, autumn and water; land and north, winter and land; sun and east, spring and fire. But the black color among Koreans does not mean hell at all, but such qualities as vigilance and fortitude, justice and chastity.

Author:
Vyacheslav Shpakovsky
Articles from this series:
State flags of Russia. Three stripes, but which ones?
Savoy blue or red-white-grassy?
National flag colors: from divine to mundane

Ctrl Enter
Noticed oshЫbku Highlight text and press. Ctrl + Enter
We are
Chernobyl notebook. Part of 3Father told
328 comments
Information
Dear reader, to leave comments on the publication, you must to register.