Why China cannot do without Russia's help in civil aircraft construction: project CR929 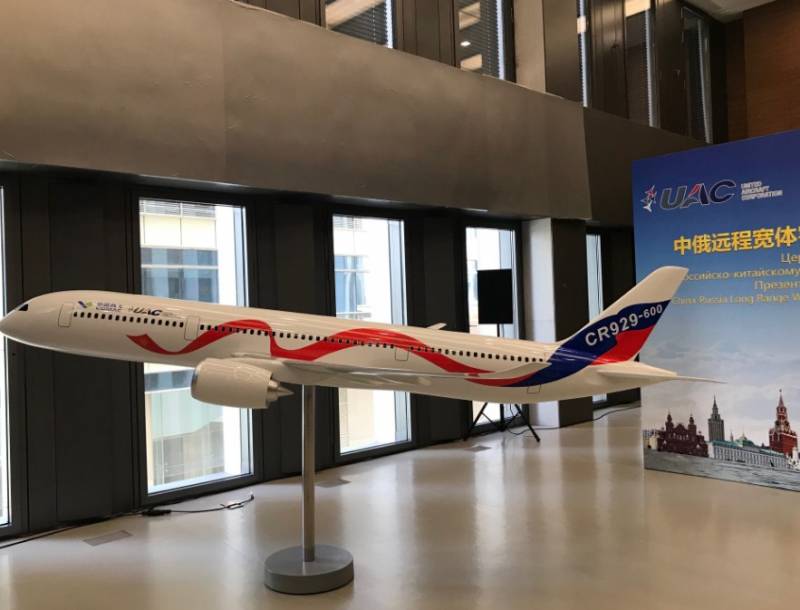 Despite the rapid economic growth and high level of technology development, the PRC still continues to cooperate with Russia in the field of aircraft construction. There are reasons for this.


Three years ago, in 2017, the China Civil Aircraft Corporation (COMAC) and the Russian United Aircraft Corporation (UAC) formed a joint China-Russia International Commercial Aircraft Company (CRAIC). The main task of the new company was to create wide-body passenger aircraft for the needs of the growing Chinese civilian market. aviation... A year later, in 2018, a demo CR929 was presented in Zhuhai. Participants of the Air Show China, held in this city, could see it.

The aircraft of the CR929 project is just going to be put into operation. Its appearance will have to cover the shortage of liners. Meanwhile, now such giants of the western aviation industry as Airbus and Boeing are leading in the production of wide-body passenger aircraft. They are the ones who produce such aircraft as Airbus A330neo, Airbus A350 XWB, Boeing 787, Boeing 777X. Boeing 787 is the leader in terms of demand, the number of orders for which exceeds the number of orders for aircraft manufactured by Airbus.

According to the Chinese edition "Guancha", the CR929 aircraft is very similar in its basic characteristics to the Boeing 787. However, the success in the market is due not only to technical characteristics: there must be a reason for the PRC itself, as well as in Russia and the post-Soviet countries, to prefer order CR929 by reducing purchases of aircraft manufactured by Airbus and Boeing. The same is the case with the promotion of the C919, a narrow-body passenger aircraft being developed in the Middle Kingdom, competing with the Boeing 737 MAX and Airbus A320neo. 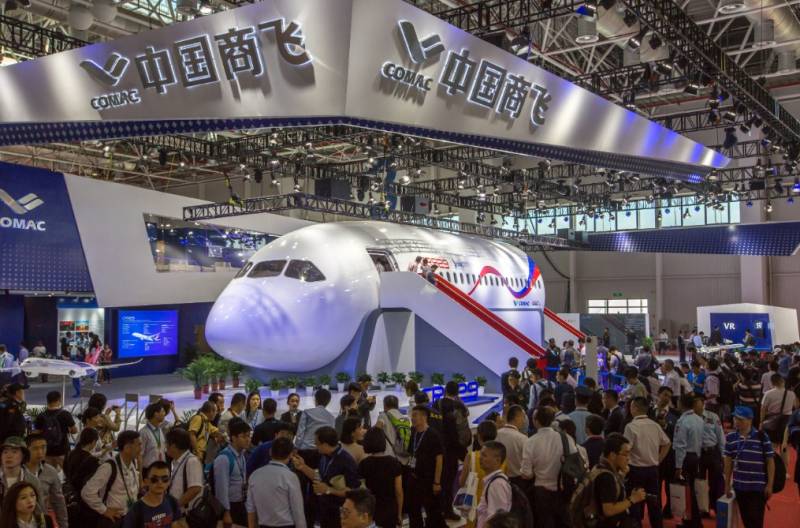 In conditions of competition with the West, China will need to build up cooperation with Russia. First of all, this is due to the great risk of more and more economic sanctions against China by the United States. Nothing personal, just competition. Moreover, considering that the same Boeing still occupies a key place in the Chinese civil aviation market and it is not at all profitable for the Americans to be supplanted by a Chinese corporation. This circumstance gives Washington the opportunity to manipulate, threatening sanctions in any disputable situation.

For the same reason, the United States does not allow the transfer of its aviation technologies and developments to the Chinese. Such a blockade prevents the formation of an independent Chinese aircraft industry, and here interaction with Russia and its rich school of civil aircraft construction comes to the rescue. It is in the Chinese-Russian cooperation that Beijing sees a chance to overcome the country's dependence on the West in the field of civil aviation.

Ctrl Enter
Noticed a mistake Highlight text and press. Ctrl + Enter
We are
When will the Russian-Chinese CR929 fly?In Beijing, talked about the progress of the creation of the Russian-Chinese aircraft
65 comments
Information
Dear reader, to leave comments on the publication, you must to register.